Diamonds or pearls; silk or cashmere; Kate Moss or Cindy Crawford—beauty lives on both ends of the spectrum. But it’s a rarer type of attraction when opposites meld, rather than dissent—and Zoë Kravitz is living, breathing proof. Sitting serenely in the makeshift green room at the L.A. launch event for Yves Saint Laurent's new Vinyl Couture Mascara, Kravitz dons a worn-in leather jacket over a tulle dress flecked with delicate glitter stars—an almost too-perfect metaphor for the very juxtaposition that makes her so magnetic. I’m there to pick her brain about all things beauty, but as it turns out, life calls—and by life, I mean a hundred-person audience gathered outside, all waiting for her to perform with her band Lolawolf. Kravitz doesn’t seem flustered or impatient, however. Strangely enough, there’s an undeniable air of calm in the tiny room—even though there are at least eight people crammed inside its walls, even though you can hear the buzz of the Perrier-Jouët-sipping crowd swelling outside, even though it’s clear we’ll only have a few minutes to speak.

But the passage of time seems to slow when you’re in Kravitz’s presence. Every answer she shares is introduced with a slight, thoughtful pause, then paired with a slow smile. “I guess I just grew into myself like everybody does,” she muses when I ask her about her beauty evolution. “You kind of just learn what works on you and what doesn’t.” And isn’t that the simple truth? In the next few minutes, Kravitz schools me on her particular kind of beauty philosophy—one that’s partly glitter, partly classic timelessness. From icons to dream beauty products, keep scrolling for five things I learned in five minutes with Zoë Kravitz.

Born to music legend Lenny Kravitz and screen star Lisa Bonet, one might say Kravitz was destined for a very special type of greatness—and if you believe in that type of thing, then you could infer that her current career trajectory is proof it's been written in the stars. Actress, model, musician—check, check, and check for all the things it takes to make an It girl. But it’s not her cool-cred résumé that makes her mesmerizing; rather, it’s the fact that she’s the equal embodiment of both her father’s gritty glamour and mother’s tranquility. “David Bowie,” Kravitz answers when I ask her if any past figures inspire her beauty decisions. “And Audrey Hepburn.” I comment on how those two icons are opposites. “They are!” she remarks as if realizing it for the first time. “That kind of describes me in a nutshell. I love the craziness of him and the simplicity and the chicness of her.” Even her makeup choice that night seems to embody this yin-to-yang quality: a swipe of YSL’s Rouge Pur Couture ($38) in shade 1, a cherry-red shade, contrasts her bare eyes and gleaming skin (courtesy of the brand’s Touche Eclat, $42, in shade 5.5).

Speaking of gleaming, Kravitz’s skin is a wonder itself in person—poreless and translucent, and dusted with freckles. The secret to her ethereal complexion? A loyalty to skincare brand Arcona. “I really like Arcona products,” she tells me. “They give great facials, too.” I bring up their spa in Santa Monica, which is one of my favorites, and she nods enthusiastically, agreeing. Which reminds me—it’s been a while since my last appointment…

Make Your Own Trends

“I think all brown girls have a complicated relationship with their hair,” Kravitz says matter-of-factly. But when things get complicated; do as Kravitz does and ignore the status quo to pave your own path. I ask Kravitz about her long, breezy braids. “Oh, I put in braids for the character I played in the movie "Dope," and I’m like, ‘This is nice,’” she says. “Then I kept them in. It’s good for my hair, and it looks cool and it’s easy, and I don’t have to do anything when it’s done. It’s great.”

Every millennial woman watching this season of "Girls" did a sharp intake of breath when Lisa Bonet waltzed in during episode eight, all Zen and radiating light, like an angel sent from outer space to grace us with her beauty. Did Kravitz learn any key beauty techniques from her never-aging mother? “Oh, tons,” she replies. “She just takes such good care of herself. She’s the kind of person who takes care of herself inside and out.” Among eating well, drinking a ton of water, and washing her face before bed every night, Kravitz also credits her coconut oil obsession to her mother. “She told me as a child, ‘I want to keep you as soft as you were when you were a baby,’” she says with a smile. “So, she taught me to put coconut oil on my whole body—that’s always been important to me.”

Beauty Starts on the Inside (Literally)

Kravitz is, undoubtedly, beautiful—her face is perfectly symmetrical, her cheekbones sky-grazing, and eyes perpetually dreamy. It’s not a surprise that Yves Saint Laurent chose her to be their new beauty muse. But according to her, beauty starts on the inside—literally. “Try to eat organic if you can, and know what you’re putting in your body,” she instructs me as I avidly nod along. “I really believe it’s important to know that beauty and health start from the inside.” She brings up how the irony of when a sick person gets brought to a hospital, then gets fed “terrible food from the microwave.” According to Kravitz, if you’re not eating well, it’s easy to tell. “I know it’s expensive and difficult to eat well, but you can try growing a community garden and grow things from the earth yourself,” she suggests. “It’s really important to know exactly what you’re putting in your body. Things that are alive are vibrant.”

The same goes to you, Ms. Kravitz.

Keep scrolling to shop two of my favorite shades from the new Vinyl Couture collection! 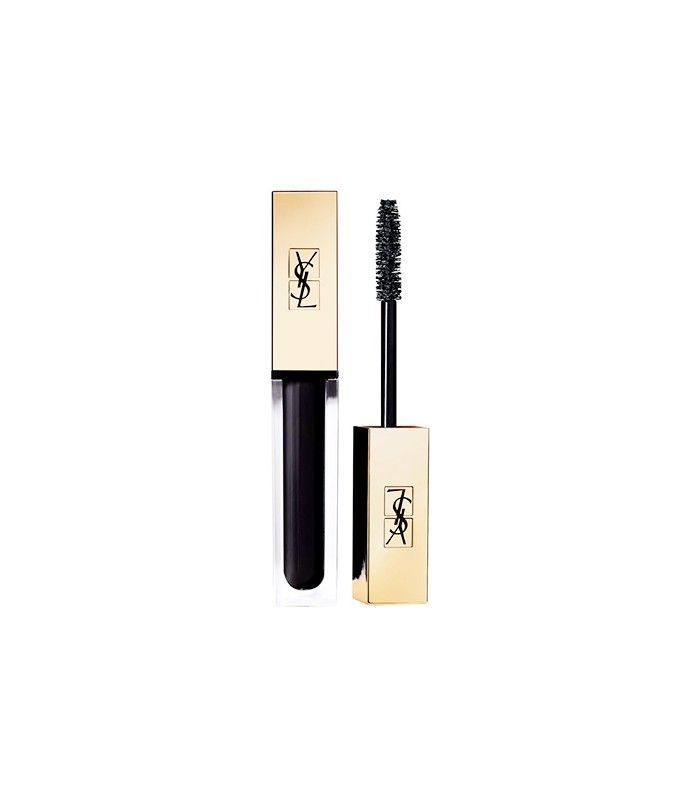 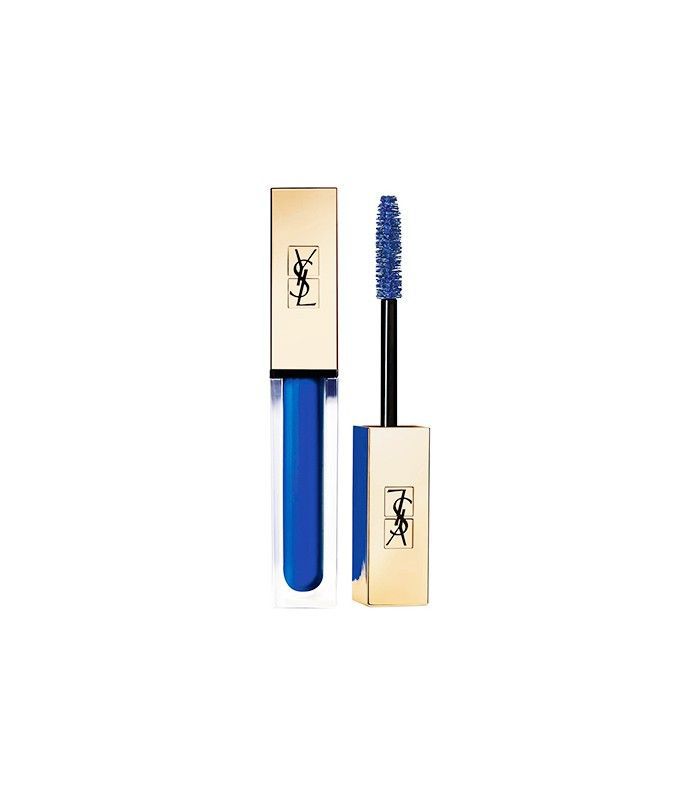 What do you think of Kravitz's beauty philosophy? Sound off below.