The guests served up some major '00s nostalgia. 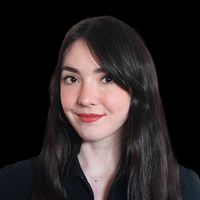 Madeline Hirsch
Madeline has been with Byrdie & Brides since 2021. Most recently, she lead social media at Glamour magazine where she covered pop culture, beauty, and fashion.
Byrdie's Editorial Guidelines

Like most good things in life, fashion is cyclical. And as we've seen all over on runways at New York Fashion Week, street style, and TikTok (thanks, Gen Z), Y2K is officially the decade to watch. Between low-rise jeans coming back (even if we're not fully ready), Juicy tracksuits, and ab-bearing separates, the aughts are everywhere—and this year's Met Gala was no exception.

When Keke Palmer kicked off the red carpet with a chic take on the whale-tail (Degrassi's Manny Santos, of course, comes to mind), it was clear we were in for some major early 2000s nostalgia on "fashion's biggest night" in 2021. Then, stars like Lupita Nyong'o, J.Lo, and Teyana Taylor all showed up with their own take on the era. Ahead, we're breaking down the Y2K fashion references that were all over the Met Gala red carpet.

Controversial even in its Y2K heyday, this trend has had a bit of an upgrade in recent years. Instead of a low-rise jean and G-string combo, designers are creating gown cutouts that mimic this effect, and we saw it all over the Met Gala arrivals. Host Keke Palmer started off the night with a statement in this long, Diana Ross-inspired look from Sergio Hudson with a low back and string detailing reminiscent of the trend.

Taraji P. Henson also made a case for the whale tail's comeback, wearing a stunning Moschino number. And honestly, we like this blinged-out disco jumpsuit version better than the original.

Everything about this look from Saweetie is worth comment. The Black American Flag nod? Check. The intricate embellishments? Check. Subtle cutouts to create a modern whale-tail effect? Double-check. We'll be talking about this Christian Cowan gown for years to come.

Think back to the VMAs (or any red carpet for that matter) of the early 2000s. You're bound to picture at least one cut-out dress, and it was most likely worn by icons such as Destiny's Child, Lil' Kim, or Christina Aguilera. Well, those styles are back, and with even more unexpected skin than ever before.

Megan Fox showed up and showed out in a red dress with a plunging neckline, crisscross straps, and matching cutouts. The design (custom by Dundas) brought the Y2K pop star look into a new decade.

Back in the day, every waistband was below the hips, and this year's Met Gala guests channeled that energy. Ready or not, the style is definitely back. I mean... this Teyana Taylor moment is one for the ages. The Prabal Gurung gown is basically as low as you can go, and we're here for it.

Lily-Rose Depp's Chanel matching set has an early Paris Hilton vibe—after all, it is pink. With a low, low-rise, and a skinny black belt to match, this moment is pure Y2K nostalgia with a modern twist that updates the look for 2021.

There's a lot to unpack in this maximalist J.Lo look, but everything from the faux fur coat to the low-rise belt and western-inspired accessories screams Y2K. Plus, the gown designed by Ralph Lauren (an icon of the '00s) and her silver (dare we say, statement) necklace also evoked the era.

All Denim All the Time

You can't say "denim" and "red carpet" without mentioning Britney and Justin's iconic 2001 AMAs outfits. It doesn't get any more early '00s, and this look from Lupita Nyong’o offers up a decidedly chic update. Her Versace gown's darker denim and corset detailing deliver a grown-up take on the Canadian tuxedos we all know and love.