For you first day at Euphoria High School. 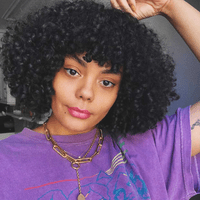 Erin is a fashion and beauty writer with work appearing in Glamour, Nylon, Who What Wear, and The Zoe Report.

In the land of Euphoria, typical high school woes are turned up a notch (or ten), and just like our teenage heartbreak wouldn’t hold a candle to the drama playing out in the halls of East Highland High, most picture day looks would pale in comparison to the entrancing makeup that blesses our screens every Sunday at 9 p.m. The internet has been buzzing about the HBO saga’s bold and bedazzled looks courtesy of makeup artist Doniella Davy since the show’s debut, but it’s time we stop to admire the hair magic happening here.

With a long and decorated client roster (one word: Beyoncé), hairstylist Kim Kimble’s onscreen chops are no surprise. She’s perfected the soft, flowing waves seen on sensitive Cassie, and the disheveled look that’s signature to messy main character, Rue. Of course, we can’t discuss the looks being served without giving Maddy Perez her due, and the high school It girl rocked one throwback hair accessory that has staying power in 2022 and beyond: the zigzag headband.

This isn’t the first time we’ve seen the ‘90s styling staple pop back up as of late. It had a modern-day revival on the Prabal Gurung Fall ready-to-wear show in 2018, achieving slicked-back looks on Bella and Gigi Hadid—and offset by oversized pearl earrings and cuffs. Naturally, the sporty accessory took a Y2K turn when worn by Alexa Demie on the Euphoria Season 2 premiere, complete with precisely laid baby hairs and the dagger-like liner—not to mention a head-turning cut-out dress that would make even the most devoted haters shudder.

“That was actually something Alexa requested,” Kimble told Byrdie of the ‘90s-inspired ‘do. “She is very hands-on in the process. She wanted to do a headband for the New Year's Eve look—her character is very sleek so we went with straight hair.”

Why We Love It

With a sophisticated minimalism à la Carolyn Bessette Kennedy—plus a touch of edge courtesy of its pointy silhouette—the pronged headband brings a unique versatility that fits into a range of aesthetics. We also have a feeling Cher Horowitz would’ve reached for it during gym class. It offers considerable control for achieving the “clean'' look TikTokers can’t get enough of—and paired with a wine-stained lip and your favorite gold hoops, you’ve got all of the fixings for a model-inspired dinner look.

On top of that, it happens to be practical enough for errands and workouts thanks to being a great fix for uncooperative flyaways. On the other hand, it’s a flawless addition to the dreamily coiffed ‘90s bombshell waves dominating the beauty trendscape at the moment. In other words, the flirty and functional headband does it all.

Alongside Maddy Perez’s dark, dare we say Scorpio energy (still waiting for confirmation on the fictional baddie’s zodiac sign), the hair hack offers a dash of refinement and femininity that makes us think of fellow brunette beauty Monica Bellucci. It’s less earnest than the ultra-femme styles we saw grace the heads of Gossip Girl’s Blair Waldorf and Serena van der Woodsen, so you won’t be needing a tailored peacoat to complete the look.

“It's different, it's cool, and it’s kind of a throwback,” says Kimble. When function meets fashion, it brings to mind the hypnotizing hair hacks that flooded our television screens back in the early aughts. Think: bump-its, Hairagami, and the other bizarre, mystifying accessories that aimed to make our lives easier (and more stylish). Do we sense a return of the donut bun inserts?

With the padded, royal-inspired headbands fading away in the rear-view mirror (and honestly, good riddance), this pared-down version is primed to take center stage for cool girls everywhere. It’s chic, it’s unfussy, and it encourages you to give the curtain bangs a rest and let and serve face. What more could we want out of an everyday accessory? Shop the throwback staple below, and watch it become the unexpected savior you didn’t know your vanity needed.

Lower-Lash Emphasis Will Be a Major Beauty Trend in 2022