According to a survey published by Vegetarian Times, only 0.5% of American adults are vegan. The vast majority of the country perceives vegans as high-maintenance, preachy, and extreme, unable to wrap their heads around why anyone would give up animal products for life. Admittedly, I used to be like this too.

Seemingly, there are countless reasons going vegan is considered a bad idea. In fact, vegan YouTuber Bonny Rebecca recently took a poll on her Instagram, asking her followers to name their number one arguments against veganism. Bonny sifted through over 2500 comments and narrowed the arguments down to five main categories.

1. We are designed to eat meat.

5. Going vegan will conflict with convenience, tradition, and social acceptance.

Then, Bonny made the following video, which debunks every last one of these arguments in an incredibly understanding yet scientific and rational way. The video is just under 22 minutes long, but every second of it is astoundingly persuasive, bringing to light issues such as the myth of protein deficiency and the fact that a significant percentage of worldwide greenhouse gas emissions come from the meat and dairy manufacturing industry.

There are nutrition and environmental experts who agree with Bonny. As Kim McDevitt, a registered dietitian and protein expert, says, "Both the notion that plant-based diets lack adequate protein and that athletes cannot build enough muscle on a plant-based diet [could not be] further from the truth." Regarding the environmental impact of an omnivorous diet, the FAO has reported that livestock is responsible for between 14.5% and 18% of manmade greenhouse gas emissions internationally. These are just a few points of data corroborating Bonny's case.

Of all the videos, articles, and documentaries I've seen about the benefits of veganism, this has to be the most compelling.

Published about a week ago, the video already has 112,000 views and 1090 comments. Bonny is clearly persuading some readers. Check out this comment from a user named Kaya Szlachetka:

"Wow, I have to tell you that I always [thought] that vegans were crazy and I could never go vegan … I found this video because I thought it would be one that I could relate to … someone else expressing [their] dislikes towards vegans as well, so when I began to watch it I was a bit bummed, until I decided to keep watching it, and I have to say that I am proudly going to become vegan. I find that most videos about being vegan are too serious and intimidating, but yours really made my mind click in a way that now I realize how important it really is to try and be vegan. Thank you so much for changing my life, you are truly a new inspiration of mine and will definitely spend the rest of the night binge-watching all your videos because not only are you intelligent and motivating but also so beautiful inside and out!"

"Your [video] really made my mind click in a way that now I realize how important it really is to try and be vegan."

No matter your current position on veganism, we recommend that you watch this video all the way through. Then, check out Bonny Rebecca's other YouTube videos, which offer vegan recipes, beauty advice, and tips for becoming a more positive person. Of course, you should consult your doctor before making any drastic changes to your diet, but if you do wish to give veganism a try, check out Bonny's vegan recipe e-book, Carboliscious ($13). 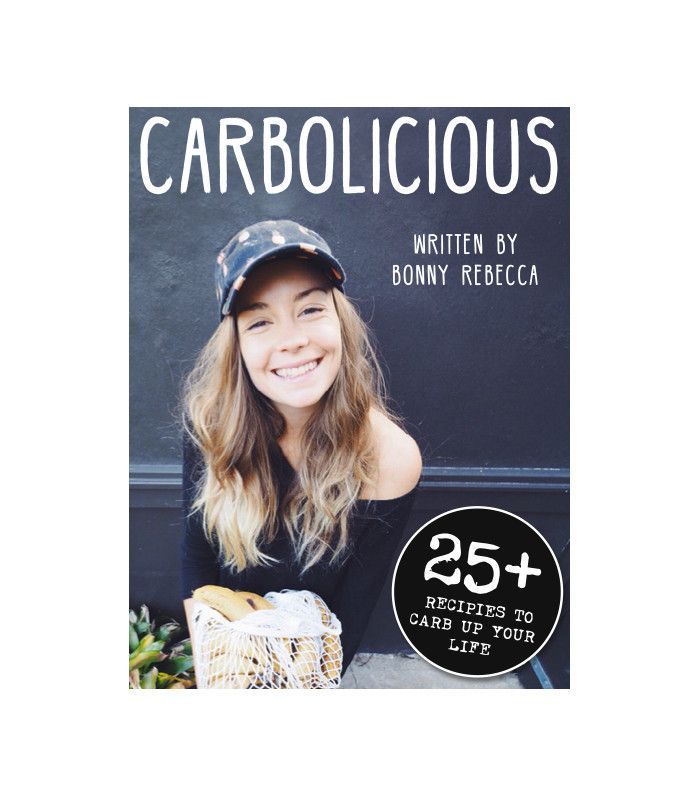 Next up, read how social media changed my diet forever.