The year was 2006. Velour sweatsuits, puka shell necklaces, and iPod Nanos were the social currency. Keeping Up With the Kardashians didn't exist (neither did Kim Kardashian's pop culture reign), and the most influential reality show was The Hills, which followed the lives of a group of young women making their way in LA. Lauren Conrad was one of them, as was Kristin Cavallari, Audrina Patridge, Heidi Montag, and Whitney Port.

It's 13 years later, and The Hills is getting a reboot this summer. There have been additions and subtractions to the original cast, but many of our old favorites are back—Port, of course, being one of them. The pop culture influencer-turned-designer-turned-author might be returning to her reality TV roots, but she's not the same woman that she was before. For one, she's a mother (Port has an adorable little one named Sonny). She also has a new sense of confidence and self-possession, along with a passion for clean beauty. Scroll on to read our exclusive interview with Port, in which she talks about clean beauty, her go-to product line-up, and how this version of The Hills will compare the original.

As always, we were inclined to talk beauty, first. Port has recently partnered with Seed Phytonutrients, which is a plant-based beauty brand that's focused on spreading healthy and sustainable products across the planet. Today, on Earth Day, the brand launched a new campaign to fight plastic pollution.

"When it comes to caring for our planet, every little step makes a really big difference, which is why I partnered with Seed Phytonutrients for Earth Day to bring awareness to their #PeopleWhoCare campaign," Port tells us. "For every Instagram story or post shared from April 22-30th tagging @Seedphytonutrients, @5Gyres and using the #PeopleWhoCare hashtag, Seed will donate $1 to 5 Gyres to support the fight against plastic pollution. It's important for me to teach Sonny—and everyone I have the power to—the importance of recycling, preserving the environment, and using more clean and natural products."

"Clean Beauty products to me are focused on not using materials that are known to be harmful or irritating but instead ones that are safe and efficacious," she continues. "Using clean products in my beauty routine has allowed me to simplify things a lot more. For some reason, as I started to want to only use clean products, I also wanted to lessen the products I used and really make my routine about quality instead of quantity. I also think clean products just smell so much better, like the Seed Phytonutrients collection, for example, the whole line of hair, skin, and body products smell so fresh... skipping perfume is a luxury now!"

Even though she's passionate about clean beauty and has focused her own efforts on purchasing only earth and health-conscious products, she knows perfection isn't always possible. It's more important to improve the health of our beauty routines, rather than overhaul them to be 100% clean. "I must admit, I don’t go all the way clean—there are some products I have been using forever that have little bits and pieces of unnatural elements, but I wanted to be more conscious of what I was keeping in the household, mostly for Sonny’s sake."

Port uses the brand's Moisture Shampoo and Conditioner ($24), along with It's a 10 Miracle Leave-In Conditioner ($19), every time she washes her hair. 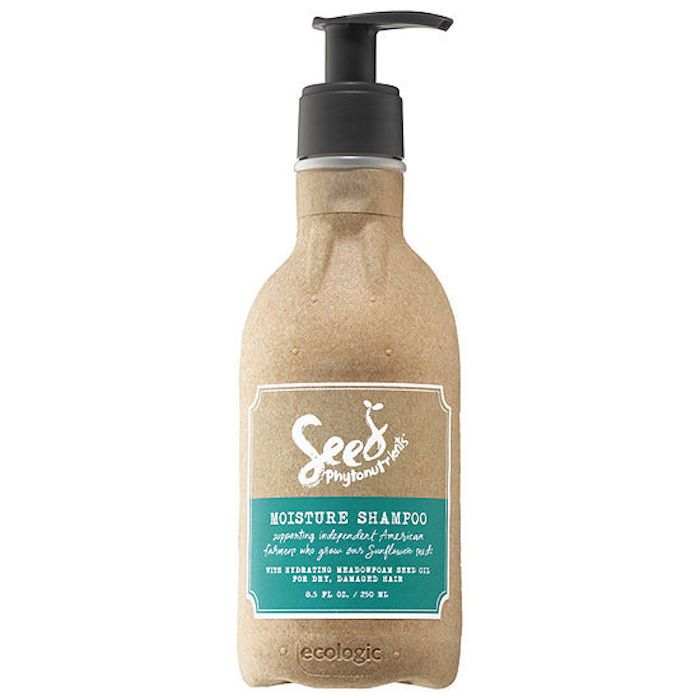 As for skincare, she relies on a few tried-and-true products that she knows work best for her and her skin type. That is after she begins her mornings with "a whole milk cappuccino, a banana, and hot yoga." She starts off by cleansing her skin with Comfort Zone Active Pureness Gel ($28), which has a 94% natural that's formulated to exfoliate and balance the skin's oil production.

After cleansing, Port opts for even more exfoliation, interchangeably reaching for scrubs and peel pads from Beverly Hills plastic surgeon and skin expert Dr. Sheila Nazarian. While these products aren't widely available, you can get similar exfoliating powers from other sources (for example we love a good exfoliating face mask, such as Tata Harper's Resurfacing Mask $62). 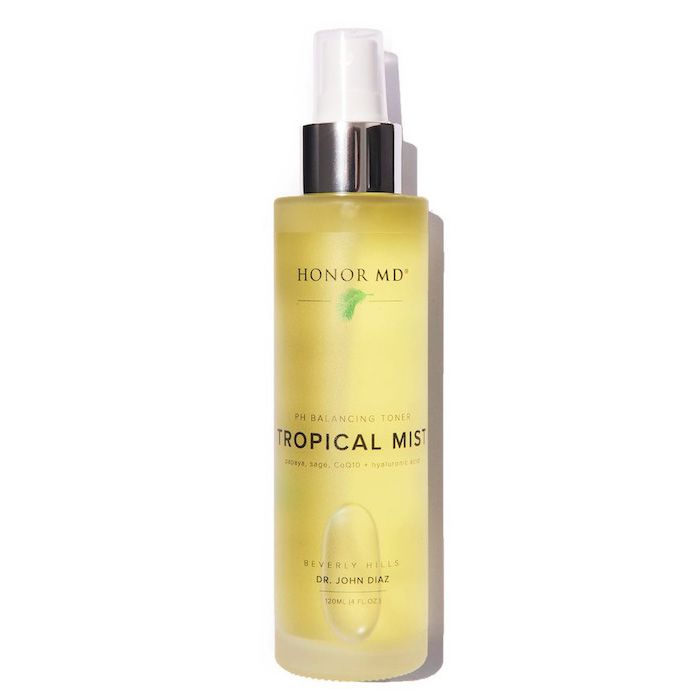 After this balancing toner, which is formulated with a number of different botanical extracts, coenzyme Q10, and hyaluronic acid, Port reaches for even more hyaluronic acid in the form of Honor MD's Hyaluronic Acid Serum ($95). It offers lightweight hydration and plumping powers.

Then it's on to moisturizer. Port cocktails two different products to create her own signature formula: Benev's Pure Squalane ($42) and Embryolisse Lait-Creme Concentre ($22). The former is a derivative of olives that prevents water loss, and the latter is a classic French pharmacy product that's beloved for its rich texture and the long-lasting moisture veil it creates.

We also had some questions about the new Hills reboot (it's only natural, considering we're a group of 20 to 30-somethings who grew up watching the reality show). Namely, we wanted to know how this new version would differ from the original.

"The Hills was so great to film this season because I was so much more confident. I wasn’t a young 20-something feeling unsure of where this path was taking me, so it felt more empowering to be a part of," she explains.

When we ask her if she had any reservations about joining the reboot, she's quick to answer. "Yes! I was scared to start doing reality television again because it has changed so much. I got really used to being in control of my privacy—sharing when I feel I needed to talk about something and being private when I didn’t want to. So now, to be on a show and have more exposure, I don't necessarily have that control any longer and that is scary. Especially with a husband and child involved."

Even now that Port has officially joined and filmed The Hills reboot, she's not without apprehension. "We all talk about people behind their backs, it would be a lie if we said we didn’t. I'm scared that I may be too honest about how I feel about some situations and it wasn’t necessarily my place to form an opinion," she says. All in all, Port says it's kind of like everything and nothing has changed since the initial premiere all the way back in 2006. "I know that sounds silly and contradictory to say, but everyone is kind of up to their old tricks, but now the issues are more deeply rooted and serious so it feels a little more dramatic and heavy."

Catch The Hills reboot when it premieres in June on MTV. In the meantime, check out 7 simple ways you can make your beauty routine more sustainable. It is Earth Day, after all.