Medically reviewed by Dr. Geeta Yadav, MD
Geeta Yadav, MD is a board-certified dermatologist based in Toronto, Ontario, Canada. She earned her undergraduate degree at the University of Toronto, where later completed her residency.
ABOUT BYRDIE'S BEAUTY & WELLNESS BOARD
BOARD-CERTIFIED DERMATOLOGIST
Fact checked by
Michelle Regalado

It’s normal for a couple of strays to be left over when waxing. But if the majority of your hair isn’t being removed or is breaking during the process, it's time for some investigation into why.

Below, some of the biggest reasons waxing isn't working for you.

Your hair isn't the right length.

Most commonly, length is a major factor. Generally, hair needs to be about ¼" for the wax to fully grasp it. If it's any shorter than that, the wax may not be able to take hold, and therefore may not be able to be removed. But waxing isn't necessarily about "the more, the better." If the hair you're waxing is too long for the procedure, there's more chance of not only serious pain, but broken and missed hair. A good tule of thumb is that hair should be about as long as a grain of uncooked rice, or just slightly longer.

You also might have waxed the wrong way. Wax has to be applied in the direction of hair growth, and removed swiftly in the opposite direction. If it's not removed fast enough (which can be hard to do by yourself), then there won't be enough force to pull the hair out. Additionally, the hair can break in the process. Removing the hair in the wrong direction won't lift the hair out either, for the same reason. Watch the growth pattern, as hair can can grow different ways, especially in the underarms.

Sometimes waxing has nothing to do with the hair at all, but with the skin, which needs to be completely clean before you wax. Anything resting on top of your skin might be repelling the wax, especially if you're using a kind of wax that requires a strip. If you don't have a pre-wax cleanser, use a gentle facial or body cleanser, then take a clean cotton pad to swipe away any remaining moisture. Skin should be dry, too. It's a win-win to remember this: along with being less painful, it allows more hair to be removed.

Apply pre-epilation powder to the skin before waxing to absorb excess moisture and help the wax stick to the hair instead of the skin.

You aren't using the right type of wax.

You also could just be using the wrong kind of wax. Hard wax works well on coarse, thick hair. Soft wax can feasibly remove this type of hair as well, but needs to be strong enough. Check the label of your wax to see what type of hair it's recommended for. Don't put soft (a.k.a strip) wax on too thick. The strip will work to remove all the wax instead of the hair. It should just cover the hair instead of coating it thickly. Along with leading to missed hair, putting on too much product can lead to bruising.

Hard wax, in turn, needs to be applied much thicker, because it acts as its own strip, and "shrink wraps" the hair. While the instructions tend to vary with the manufacturer, a rule of thumb is that it should be roughly the thickness of a nickel. Hard wax that's applied too thin won't pull off in one piece, instead flaking off when you remove it, which renders it ineffective. Hard wax also needs to cool to fully harden. It will look kind of dull as it hardens, and will sound like plastic when you tap it. If it's not fully cool, it hasn't completed "shrink wrapping." And if you remove it when that's the case, the hair will still be there.

Pre-made strips are a whole other beast, and work best on sparse areas of hair, which on most people means the toes and the belly. Generally, when they're used for the legs, bikini line, or back, the results tend to be less than optimal. Regardless, be sure to heat them a bit before you pull them apart, rubbing them between your hands so they're at least room temperature. Cold wax doesn't stick well to hair.

With any wax that uses a strip, pre-made or not, firmly smooth hand or fingers over the strip in the direction of hair growth a couple times after applying. This allows heated wax to slightly cool, and heated or non-heated wax (like pre-made strips) to attach to hair.

Another type of wax that exists, but we don't recommend, is cold wax. It has its fans, but soft wax that's heated up in a wax pot (not a microwave—seriously) spreads much easier and attaches to hair better, generally giving you a better result.

While it does take some time to get the technique down, you could also be using a poor quality wax that just isn't doing the job correctly. Get a wax pot, and make sure you're buying the best possible quality products like those by Satin Smooth or GiGi. 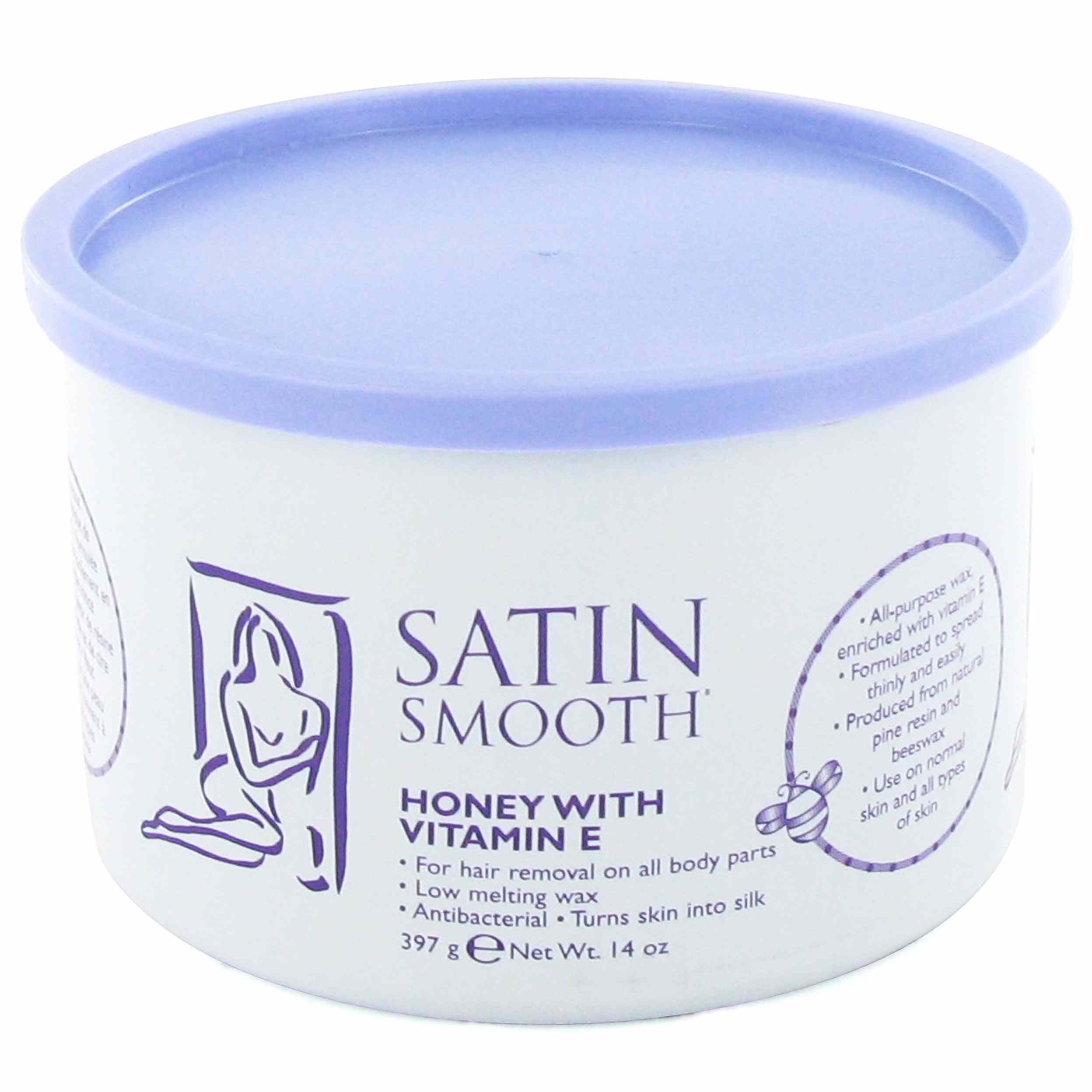 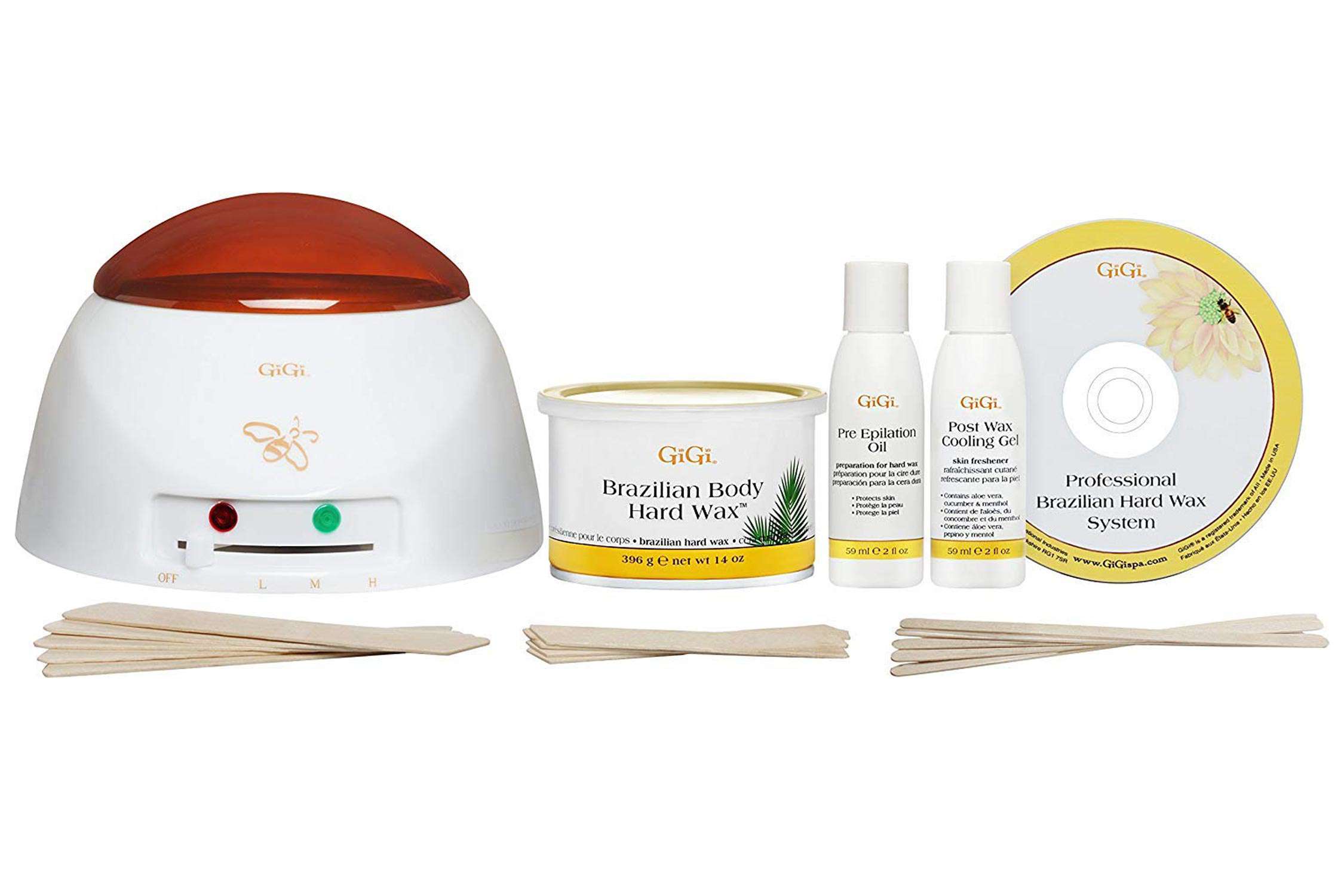 GiGi Brazilian Hair Removal Waxing Kit $45.00
Shop
9 Things No One Ever Tells You About Waxing