What It's Like to Get Laser Hair Removal on Your Face, From Someone Who's Done It

You smell the hair burning.

You Will Have To Shave Your Face Yes, It May Hurt The Pain Lessens With Each Treatment
For Best Results, Don't Skip Appointments You Might Break Out Stock up on Sunscreen

When I first began laser hair removal sessions on my sideburns, I had no clue what I was in for. All I could think about was that, in the foreseeable future, I wouldn’t ever have to sit through painful threading appointments for my sideburns again—and that was a goddamn miracle, as far as I was concerned.

Truth be told, it was a bit of an impulse purchase. I bought a package of six sessions at laser and skincare center a few months prior, so I hadn’t really taken the time to research what getting laser hair removal on your face is like before I invested my money. I just figured, hey, I already spend money on threading my sideburns—why not spend more money on getting the hair permanently removed?

For the record: Body hair is perfectly natural, wherever it is. My decision to first begin threading my sideburns and subsequently laser them off was a personal one for me, just as it would be for anyone else. (In my case, for instance, I primarily made this decision due to the simple fact I am too lazy to continue to get threaded every few weeks.) Of course, I quickly found out just exactly what it’s like to get laser hair removal on your face—and there were a few unexpected things I discovered. Keep scrolling for all the details.

You Will Have To Shave Your Face 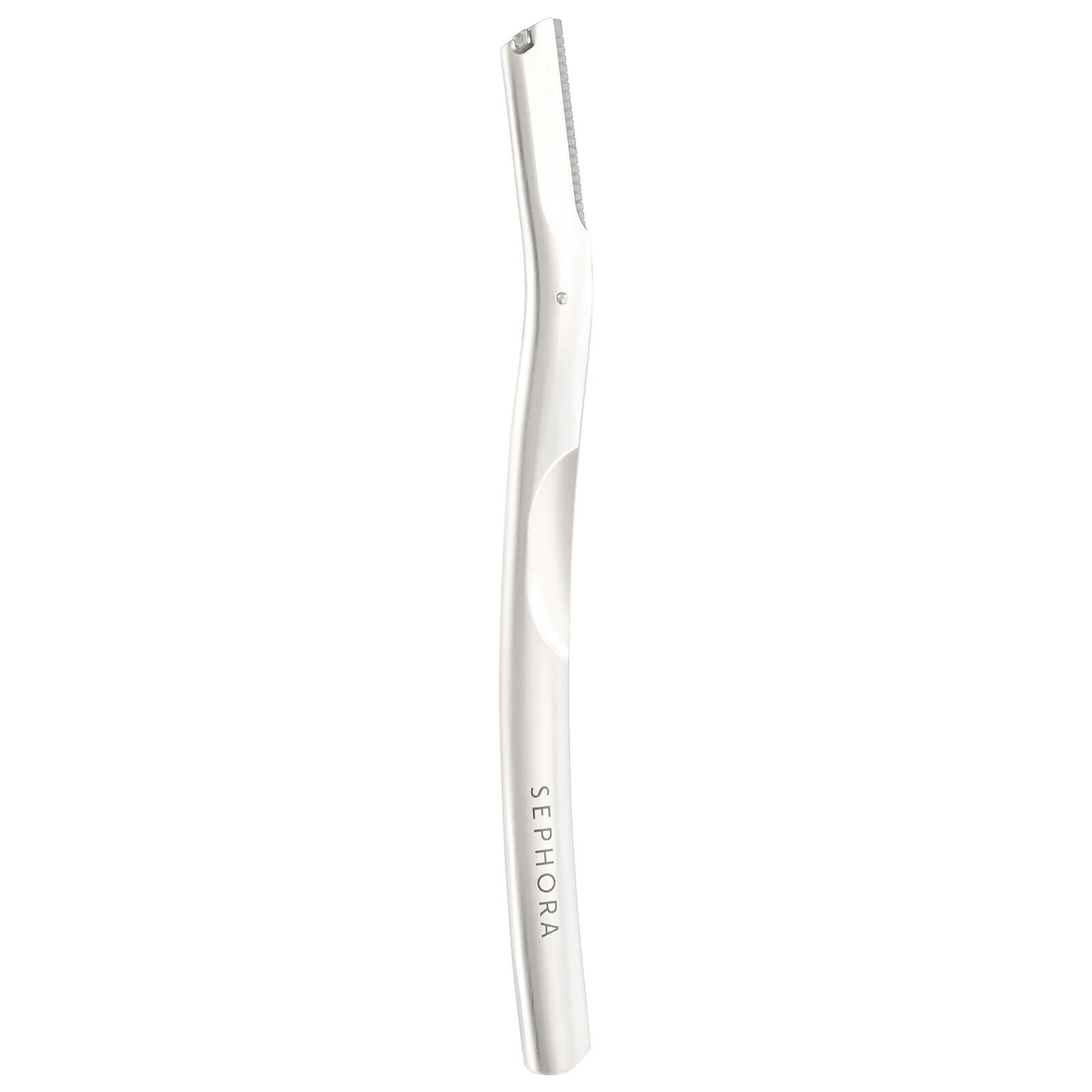 If you’ve had any type of laser hair removal before, you likely know you need to shave the area before treating it. So, I suppose this wouldn’t come as a complete surprise to someone who isn’t a novice. I, however, was a complete novice. So, the day I found out that in order for it to actually work, the hair needs to be below the skin’s surface, was a strange one for me. Strange or not, shaving is an important part of the laser process: If you don’t do it, the laser can burn your skin, which is not something that anyone wants.

To safely remove the peach fuzz and facial hair without any nicks and cuts, it is a good idea to use a razor that is made for the face. The blade will be smaller and easier to maneuver than your larger leg shaver. One good option is the Sephora Collection Metal Facial Razor ($16).

Yes, It May Hurt

I mean, yes, I expected it to hurt. It’s called laser hair removal, and the word “laser” doesn’t exactly have a cuddly connotation. But the amount of pain I expected was less than the amount of pain I ended up feeling, especially the first time I went. Perhaps this was because it was on my face—but I’m not being dramatic when I say every time the laser technician activated the machine, I saw a bright light behind my eyes and briefly thought I was called to god’s kingdom or something. Yes, it was actually just the device activated against my temple, and yes, I would very quickly realize that. I never said I was the best with pain.

The Pain Lessens With Each Treatment

All that said, the pain was far more bearable after the first session. Honestly, I thought I was just becoming more tolerant of it, and I so proud of myself for that I announced it to the laser technician—only for her to tell me that, in fact, laser hair removal just gets less painful as time goes (because you have less hair to treat). So, it’s not that you grow more tolerant of pain, it’s that the device is doing its job. Cool. Still, less pain is good!

Like I said earlier, I’ve been going to laser hair removal sessions for my sideburns since early 2018—which, if you consider the general wait time between sessions is about four to six weeks, means I should have been to a lot of sessions by now. But, I also only bought a package of six sessions.

Here’s a fun thing about me: I’m not great when it comes to keeping appointments, especially when they’re spaced out with month-long waits in between. Things like general life commitments come up, and I just forget to make follow-up appointment. Plus, I was seeing results—a month after two sessions, the hair wasn’t growing back. I suppose it was a bit naïve to assume I was the a person who had a really good reaction to laser hair removal (after only two out of six packaged sessions). But, because I still hadn’t done my research on how it worked, and I didn’t know that consistency is the only way that laser hair removal will work on a semi-permanent basis. At the very least, you’re ahead of me, because you’re reading this article.

Here’s the reality—even if it takes a while, the hair will still grow back. Two sessions, or even three sessions, or four sessions, won’t permanently stop hair growth in the spot where you’re getting laser hair removal. In my case, it took two and a half months before I started noticing small patches of regrowth on my sideburns, and I realized I needed to start being more consistent with my appointments.

In the long-term, laser hair removal will actually lessen the amount of blemishes and break outs you get because it’s technically decreasing the chances of ingrown hairs. But, in my case, I did break out around my sideburns as hair started to grow back, particularly when I wasn’t consistent with my visits. However, this can likely be avoided by exfoliating and, you know, not waiting two and a half months between your laser hair removal appointments.

Experts recommend waiting until three days after treatment before you begin doing gentle exfoliating. Avoid using harsh scrubs and instead use an exfoliating cloth to help remove the buildup of dead hair beneath the surface. One good option is the Loran Luxury Bamboo Washcloths ($16).

Stock up on Sunscreen 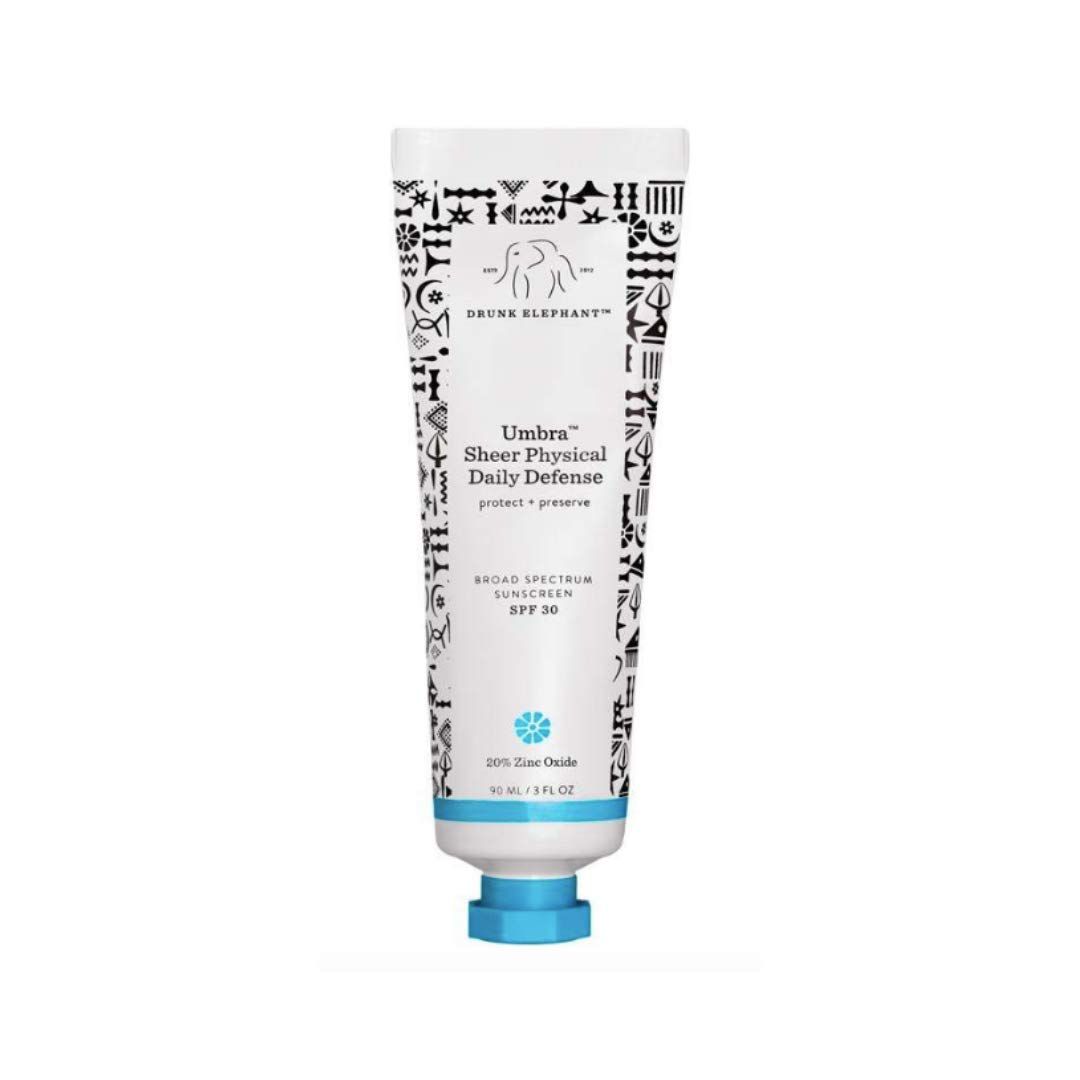 Your laser hair technician will tell you this, as mine did, but it bears repeating. Sunscreen is important no matter what, but it’s going to be your BFF during the laser hair removal process. This is because your skin is extra sensitive while you’re getting the treatments done, and the chance of getting a burn is far higher than usual. If you normally wear a light sunscreen during the day, you’ll want to switch to one that’s at least SPF 30, and has zinc oxide in it for maximum protection. Try Drunk Elephant Umbra Sheer Physical Daily Defense SPF 30 ($34) to help protect your skin after treatment.

At the end of the day, choosing to go try laser hair removal is a big decision—but being aware of what to expect is an important part of deciding whether or not to give it a try.

I Want to Get Rid of My Facial Hair. What Method Should I Use?
Featured Video