Research Shows "Millennial Anxiety" Is Real—Here's Exactly What That Means 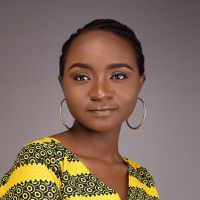 Marris Adikwu
Marris Adikwu has worked as a freelance writer for over three years. You can find her work on publications including Vogue, Glamour, Vice, Byrdie, and New York Magazine.
Byrdie's Editorial Guidelines
Reviewed by
Dana Glauser, LCSW

Reviewed by Dana Glauser, LCSW
Dana Myers, LCSW is a licensed clinical social worker and life coach based in Philadelphia. She has a special interest in how race, sex, gender, ethnicity, social status and competencies impact those in marginalized communities and aims to help her clients find purpose and peace in life.
About Byrdie's Beauty & Wellness Board
Licensed Clinical Social Worker
Fact checked by
Anna Harris
Fact checked by Anna Harris
Anna Harris is an experienced fact-checker and researcher and a beauty writer and editor.
LEARN ABOUT BYRDIE'S EDITORIAL GUIDELINES

Nathalie is one out of the millions of young people who found their lives rattled by the pandemic. In the space of a few weeks, everything she knew for certain changed.

“I’ve seen people around me get quarantined because they showed symptoms, and I’ve also seen people fighting in stores over basic items that we all used to ignore before the outbreak,” she says. “My job has gone remote, and I’ve heard rumors that we might soon get laid off if the virus isn’t contained soon. My anxiety about all this is so bad, and the fact that no one knows when it’s going to be over makes everything feel a lot worse.”

Everyone shares similar sentiments these days, but millennials around the world have had to look on as their future becomes more tentative than ever before. Millennials may live in rentals, work numerous jobs to make ends meet, strive to pay student loans, and many of them have no one to turn to when these issues become too stressful to deal with alone. Coupled with things like the recent pandemic and climate anxiety, it’s not hard to see that millennials have experienced a great deal of economic, political, and social upheaval in their lifetimes.

While every generation tends to believe that they lived through the hardest times, the spike in anxiety levels among millennials shows that they are indeed going through more periods of stress than generations before them. The Blue Cross Blue Shield Association released a report in 2018 showing that diagnoses of mental illness had risen dramatically by 33 percent for the general population since 2013 and as high as 47% for millennials.

Millennials have seen two major economic collapses, higher rates of divorce among their parents, a skyrocketing student loan crisis and a widening gap between the rich and the poor.

The reason behind the prevalence of anxiety among millennials is a matter of endless discussion. One popular opinion, especially from the older generation, is that millennials are largely spoiled and entitled, and their over-reliance on parents while growing up left them unprepared for the challenges of the real world. According to Kalev Rudolph, a culture critic, this isn't such a great take. He suggests factors like environmental shifts, economic instability, and personal struggles combine to make millennials go through extreme levels of anxiety.

“This generation has witnessed a significant shift in how humans understand distribution of resources, and they’ve seen the precariousness and limitations of the planet,” says Rudolph. “The transformation of the world as we know it has had a big effect on millennials, and it’s evident in every aspect of their lives. Millennials have seen two major economic collapses, higher rates of divorce among their parents, a skyrocketing student loan crisis and a widening gap between the rich and the poor. Altogether, these events have created a sense of uncertainty, doubt and fear for what the future holds,” he adds.

Nicole is a millennial who was diagnosed with generalized anxiety disorder (GAD), and currently works as a life coach after she learned to control her anxiety. She suggests that the desire for excellence (which is often measured in terms of money and recognition) often leads millennials to the dark side of hustle culture and causes them a lot of anxiety.

“The ‘rise and grind’ mentality drives a lot of young people to try anything and everything in an effort to become wealthy or successful,” she says. “While this works for some, it can also feel terrible when working non-stop fails to achieve those results. Because of this, several millennials have been driven into anxiety about fulfilling their expectations, as well as the perceived expectations of their parents, and the world at large,” she adds.

Millennials are largely on the receiving end of cyber-violence, constant judgment, misinformation, and exposure to news of turbulent events from around the world.

Technology also plays a big part in the lives of millennials around the world, and experts have suggested that it is a contributing factor in the rise of millennial anxiety. Maria Tillman, a licensed therapist, says that because many young people spend a greater part of their time on the internet, they are exposed to a lot of information and opinions that shape their thinking. The endless flow of information, according to Tillman, can cause anxiety if it is uncontrolled.

“The world is increasingly becoming fast-paced, and the rapid spread of thoughts and ideas is aided by technology,” she says. “There’s a lot of news on the internet, including fake news, and many people’s online persona portrays negativity, discrimination, and everything that’s wrong with the world. Millennials are largely on the receiving end of cyber-violence, constant judgment, misinformation, and exposure to news of turbulent events from around the world. All these can cause a great deal of existential dread and anxiety.”

Some experts have also pointed out that millennial anxiety is at an all-time high because of the increased level of awareness and expressiveness on all that goes on around them. Katherine Bihlmeier, a counselor who works with youth affected by anxiety and stress, explains that older generations might have had ways of dealing with anxiety by suppressing their emotions and not showing their vulnerability, but a lot of millennials have developed the ability to express their feelings about events around them with a certain level of clarity.

“The millennial generation is often described as open-minded, self-expressive and sustainability-conscious. These words imply the generation's strong sensitivity towards their surroundings, and what goes on in the world,” says Bihlmeier. “These global events have the tendency to affect them directly or indirectly, and it gets very overwhelming, often manifesting in form of anxiety disorders or existential crises.”

Millennials currently hope for a secure future in a time that’s filled with uncertainty. Gen X has already become part of the global workforce, and several millennials remain unsure of their place in a world—old enough to assume societal pressure and responsibility but too young to be taken seriously. Christy Pennison, a licensed professional counselor and owner of Be Inspired Counseling and Consulting, suggests in times like these where young people, especially millennials, struggle with anxiety and doubt, it is important to pause and take an inventory of your life.

Find time to engage in things that support your mental health, and avoid the things that trigger anxiety in your life.

“Identify whether or not you are taking time to do the things that can help relax your body or calm your mind,” she says. “Find time to engage in things that support your mental health, and avoid the things that trigger anxiety in your life. A great way to do this is by minimizing social media use, and finding other healthy ways to deal with stress.”

Millennials—like any other generation—have no control over the events unfolding across the globe, neither do they have a say in how much it affects them. For people like Nathalie, finding joy in her relationships with loved ones gives her a bit of hope in times when she's faced with anxiety. “I miss my normal life, and I’m desperate for things to get better,” she says. “But right now, I’m closer to my family and they give me all the reassurance I need."

9 Women Open Up About What It's Really Like to Have Anxiety
Article Sources
Byrdie takes every opportunity to use high-quality sources, including peer-reviewed studies, to support the facts within our articles. Read our editorial guidelines to learn more about how we keep our content accurate, reliable and trustworthy.