Yes, There's a Right Way to Shop for Tampons (and Other Period Products)

Here at Byrdie HQ, we firmly believe that there are no taboos when it comes to female health—and that's why we're making it our mission to destigmatize any and all discussion surrounding birth control, our periods, and any other topic related to reproductive wellness. It's something we stand by all year long, but in observation of National Women's Health Week, we're highlighting some of our best guides and stories on the subject. Tune in all week long to get versed on your options when it comes to birth control, what it's really like to get an IUD, why you should care about which tampons you buy, and more.

Periods are not pleasant—that's valid (and obvious). But are we really still evading the subject in 2017? Isn't it kind of sad that we've been conditioned this much to not talk about something that happens to half of the world's population on a monthly basis for a large chunk of our lifetimes?

It's not about being open just for the sake of being open. Our health is at stake, and the proof is in this question: Do you even know what is in your tampons? Probably not, because the FDA does not require tampon companies to list ingredients on their boxes, meaning we've been putting god knows what inside of our bodies for years without a second thought. Even with the knowledge that tampons can cause death in rare cases (by way of toxic shock syndrome), we're expected to be okay with not knowing what chemicals are in a very invasive toiletry. How does this make sense?

"We give thought to what's in our food and beauty products, so why not our tampons, which we use in one of the most absorbent parts of our bodies?" ask Jordana Kier and Alex Friedman, who founded LOLA, a 100% cotton tampon subscription service, after pondering this very question. "The big brands do the bare minimum and rarely disclose the ratio of ingredients in their tampons, which is typically a blend of the artificial fibers rayon and polyester, among others." "Others" is a fittingly vague term: When the pair was developing their product and sent a variety of brand-name tampons to a lab for testing, they still couldn't identify some of the chemicals and compounds they contained. Between artificial fragrances and synthetic absorbents, there's just a lot of "stuff" in there—and frankly, that's outrageous.

But since that monthly gift just loves to keep on giving whether you feel like boycotting tampons or not, alternatives are in order. And fortunately, there are a few. 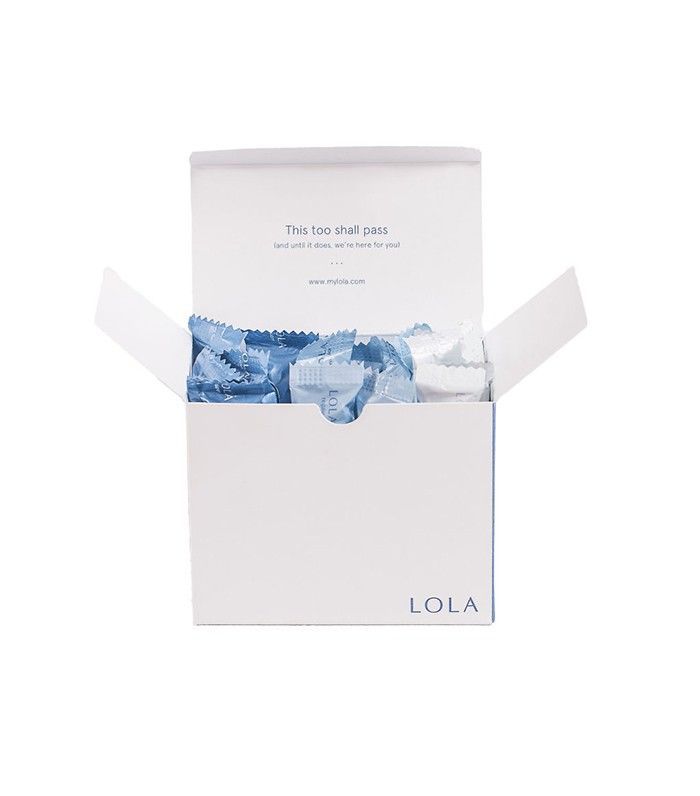 The fact that they're 100% natural and sustainable is just one of the things that make Lola so great—in fact, founders Kier and Friedman just initially aimed to create a monthly tampon subscription service. When they began doing production research and realized that there were all sorts of unregulated chemicals in the average tampon, the pair then committed to creating a completely safe and transparent outlier. The proof that they're filling a huge hole in the market is right in the company's runaway success: Since launching in July 2015, Lola has sold millions of tampons and has received major financial backing from Karlie Kloss and the founders of Warby Parker, among others.

For $18 a month, you get two boxes with an assortment of light, regular, and super tampons, which you get to mix and match according to your cycle. (And you can opt for just one box at $10 a month, and new customers get their first two boxes for just $9.) Again, the tampons are 100% cotton and biodegradable with no synthetics to speak of, and they get delivered right to your doorstep every single month. (Bonus points for the discreet packaging.)

Lola has since expanded into non-applicator tampons and pads, and unsurprisingly, several other new brands have hustled into this new corner of the market: Cora and the Honest Company are two other popular options.

The 6 Best Period Subscription Boxes of 2021 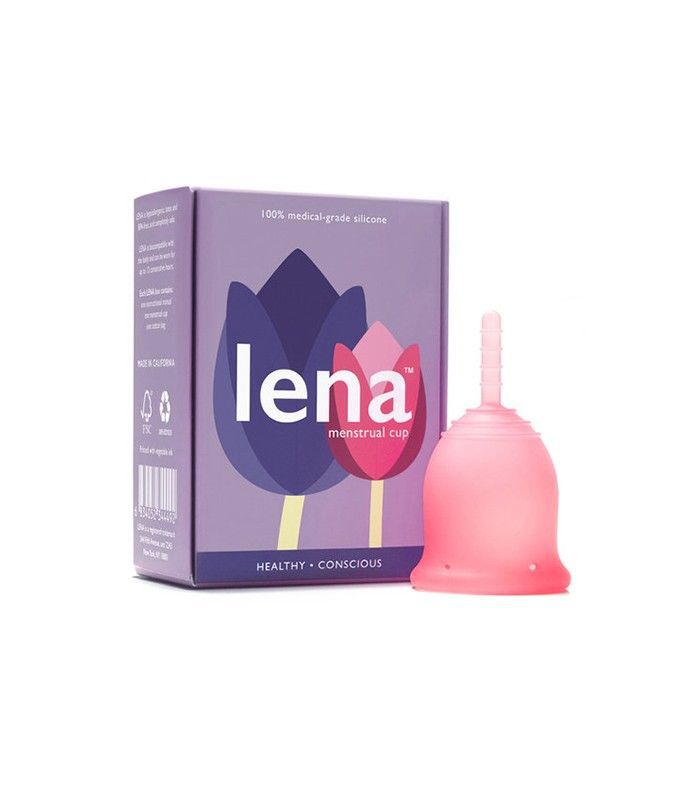 The idea of reusing something on your period is tough to swallow, but the assumption that menstrual cups are messy or gross is far and away the biggest myth about them. "They are actually way less messy than tampons, as the user does not need to handle her own blood," says Vili Petrova, founder of Lena, a cup made of completely recycled materials. "It's all contained, and you can wear it for 12 hours before needing to empty it."

In addition to being an eco-friendly option, they're totally comfortable and exercise-proof, too, and unlike tampons, TSS isn't a risk with a menstrual cup—meaning you can sleep with it in at night. (See you never, pads.) 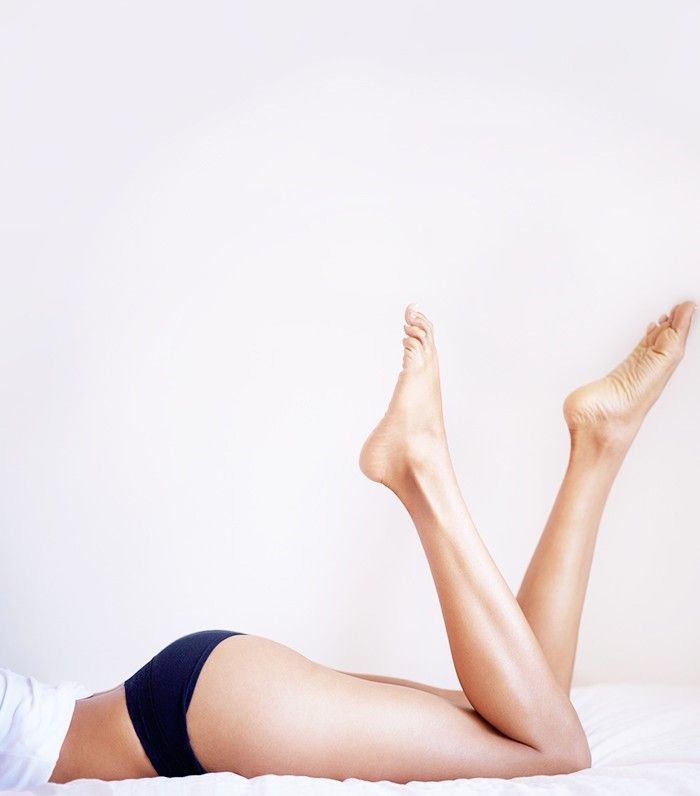 Chances are you've seen Thinx on your Facebook feed (or on the side of your New York City subway train), and chances are equally great that you've gaped in silent disbelief. Underwear that does the work of a tampon, doesn't leak, and doesn't feel heavy or diaper-like? And they're cute? Nuh-uh.

Believe it, sister. Even after a thorough explanation of how and why they work (thin layers of hyper-absorbent, Spanx-like fabric that holds up to two tampons' worth of fluid but keep you dry and leak-free at the same time), we're still fairly convinced that these undies are the work of unicorns and J.K. Rowling. But they're real! They work! Our only pro tip is to save them for lighter days as an extra backup to avoid any embarrassing situations.

Next up, check out our illustrated guide to every kind of birth control.