From Pasta to Chocolate: All Your Food Cravings, Explained

Don't know why you're craving ice cream or salty fries at strange times? It can be frustrating to have a constant hankering for a specific food, especially if it's on the unhealthy side, and not know why. The good news is that there’s usually a reason underlying that burning desire to house a bag of potato chips or the feeling that you might actually die if you don’t get a pickle right this instant (even though you’re not pregnant). If you're having visions of Milky Way bars, for example, it could mean that you're missing a very specific nutrient in your diet. (Yup—it's more complicated than said chocolate bar being so darn delicious).

We talked to Los Angeles–based dietitian Shira Lenchewski, MS, RD, to get the skinny on some common food cravings, as well as what you can do to satiate the hunger without going overboard. 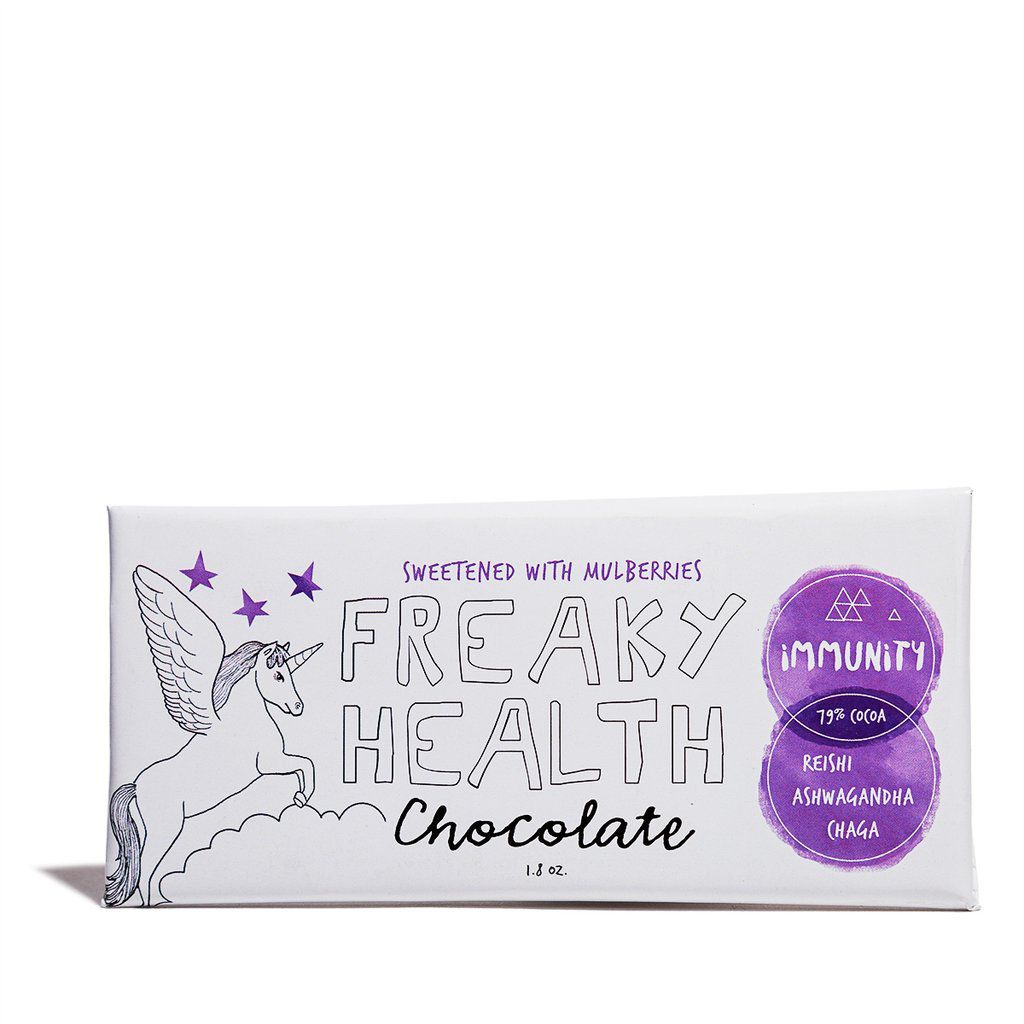 It means: You could be lacking magnesium in your diet, says Lenchewski. “Magnesium is an essential mineral involved in energy production, glucose metabolism, and muscle function. This is especially true for those hitting the gym hard,” she explains. Additionally, magnesium levels lower during the pre-menstrual weeks of your period, which explains why PMS so often comes with chocolate cravings.

Instead, reach for high-quality, low-sugar dark chocolate, which is naturally high in magnesium. “I recommend sticking to 70 percent cocoa or higher, and pairing it with another magnesium-rich source like sunflower seeds,” says Lenchewski. She suggests the chocolate brand Hu, a small-batch food company that focuses on high-quality ingredients produced locally. “It’s my personal favorite," she says. We're also big fans of superfood-packed Freaky Healthy Chocolate. 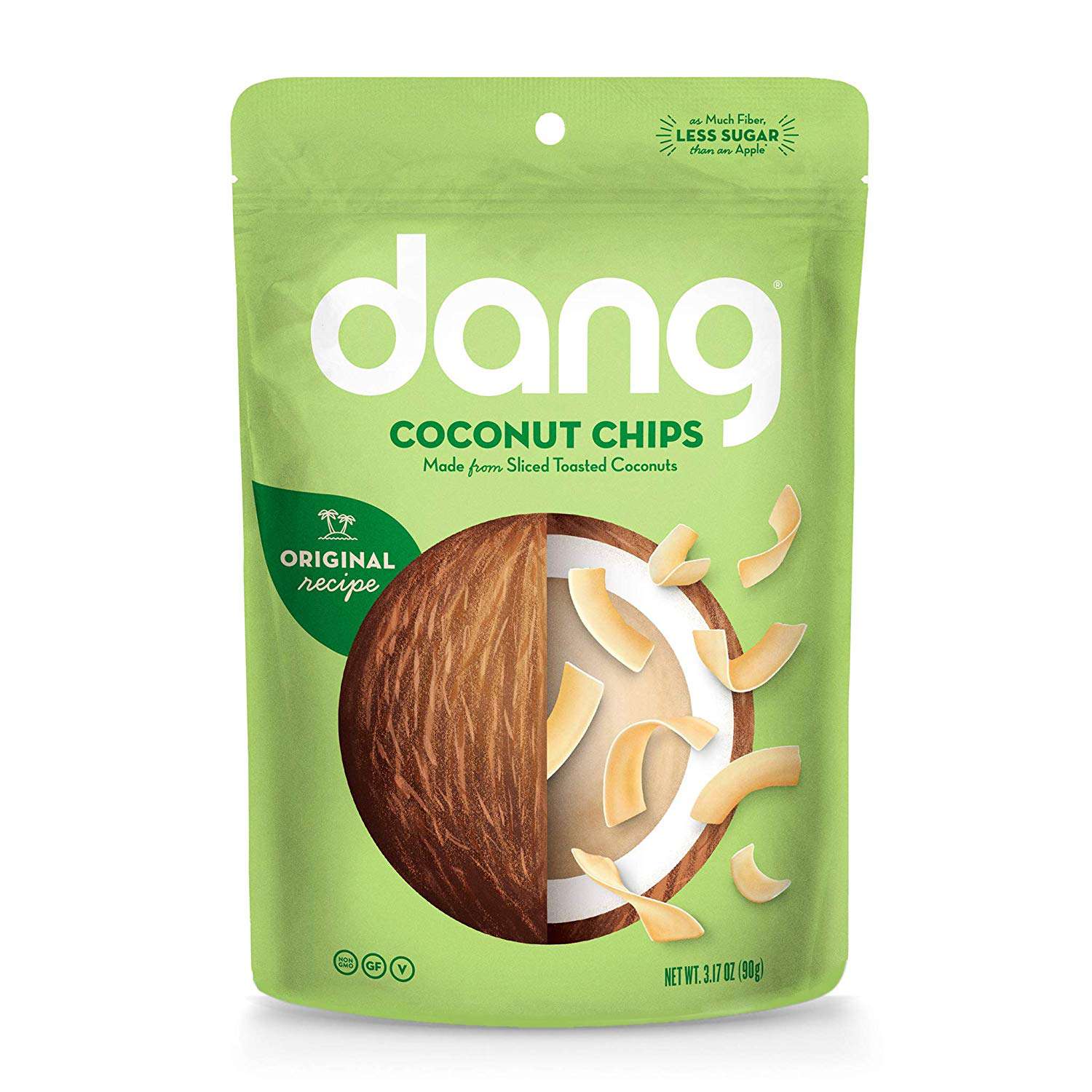 It means: “Craving pure sugar is a good indication that you’re running low on energy,” says Lenchewski. “Think about it. What is the one thing you’re itching for after a terrible night’s sleep or at around 4 p.m. during a stressful workday? The answer is usually sugar because it’s used as instant fuel for our body’s cells.”

Instead, reach for apples with nut butter. “If you’re raiding your co-workers’ candy stash, I recommend a more slow-burn carbohydrate with a source of fat or protein,” says Lenchewski. “Unlike simple sugar, this will fuel your cells while avoiding the post-sugar crash. Two options that make for great pick-me-ups the next time you’re craving candy: a sliced apple with your choice of nut butter, or berries with 2% unsweetened Greek yogurt.” We like quashing a sweet tooth with these addictive coconut chips, too—they're filling, free of any added sugar, and just so good. 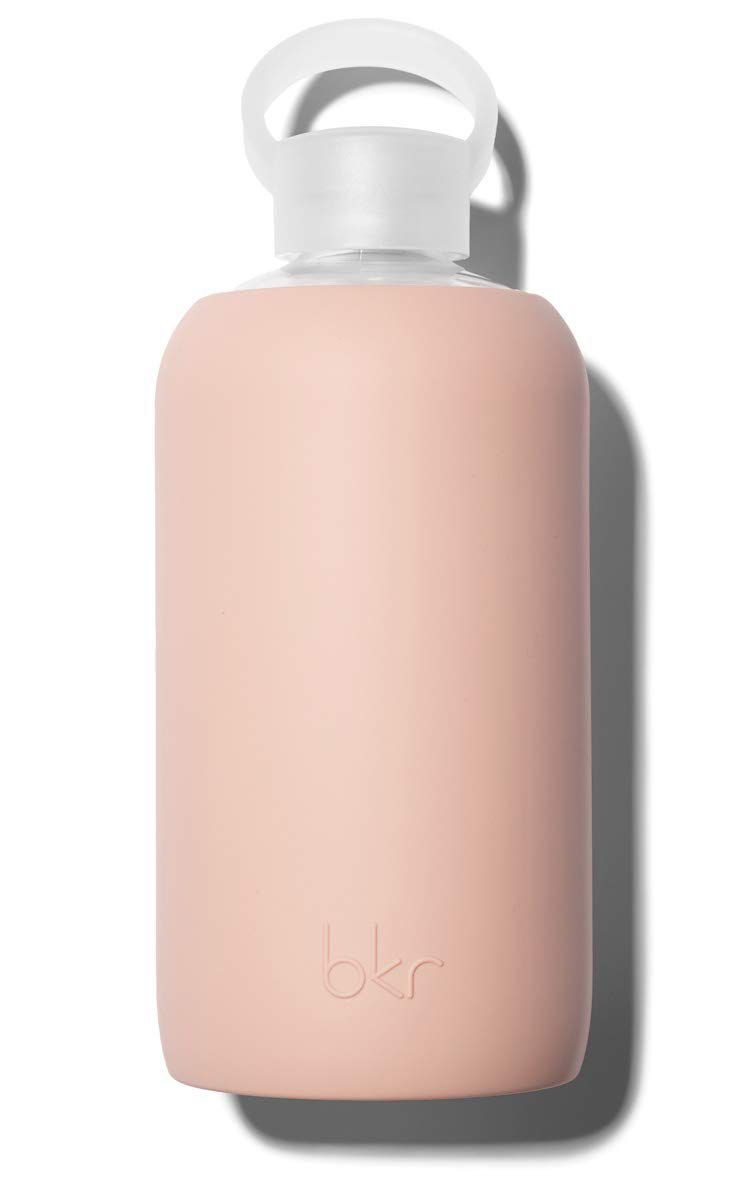 It means: “If nothing but the saltiest pickle will do, you may not be drinking enough H2O,” says Lenchewski. “Salt helps the body hold on to water, so we crave it when we’re in need of fluids.”

Instead, reach for water. “Stay hydrated, especially as we approach the summer months,” she says. The next time a craving hits, try quenching it (literally) with a few refreshing glasses and you might find the urgency to sodium binge disappears. “If plain water bores you, try adding in mint, lemon, or frozen fruit to mix it up,” says Lenchewski. And if that still doesn’t do the trick, there’s a healthier alternative to bagged chips or french fries. “If you’re really just craving salt, after all, toasted seaweed is a great low-calorie option,” she says. 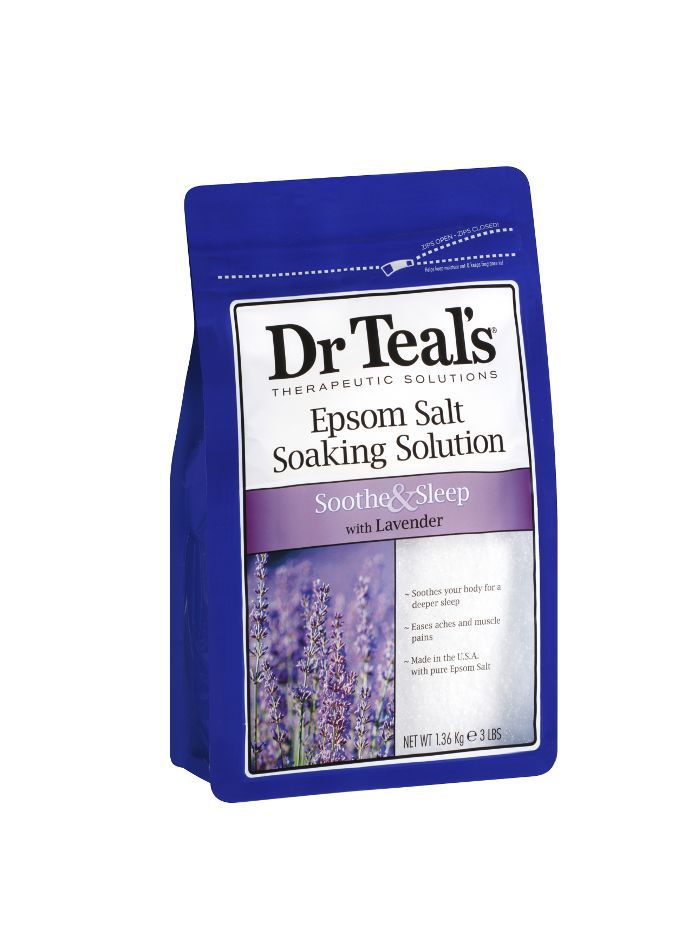 It means: “Because high-carb foods boost the feel-good hormone serotonin, starch cravings can be a sign you’re in need of a mood booster,” says Lenchewski.

Instead, reach for a bath! “Bust out the Epsom salts, because it’s time for some serious R+R,” says Lenchewski. “Trust me. Indulging in a starch free-for-all feels really good at the moment, but it will likely bum you out more the next day.” (As anyone who has ever indulged a pizza or pasta craving knows). So the next time you want to dive headfirst into a bowl of carbs, draw a bath, light a candle, and treat yourself without the sluggish feeling afterward.

If you're craving ice cream 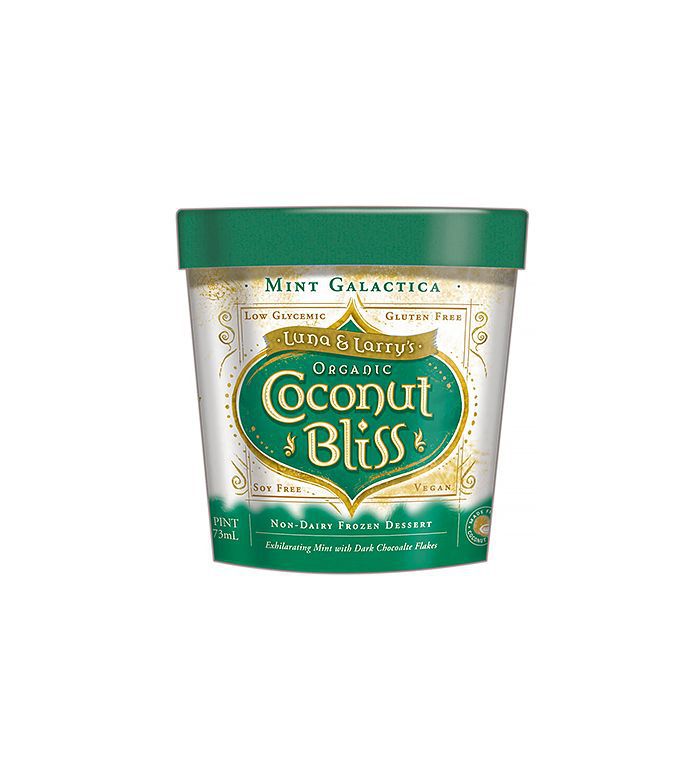 It means: “Your body may be telling you it’s in need of some healthy fat," says Lenchewski.

Instead, reach for coconut ice cream. “I’m a realist, so if you’re craving ice cream, I’m not going to recommend a handful of walnuts, which are, of course, full of healthy fat,” says Lenchewski. “For ice-cream emergencies, I recommend lower-in-sugar coconut ice-creams like Coconut Bliss or Kippy’s three-ingredient ice cream in Los Angeles.” We can vouch for the fact that coconut ice cream tastes incredible and just like the real thing.

If you're craving a burger 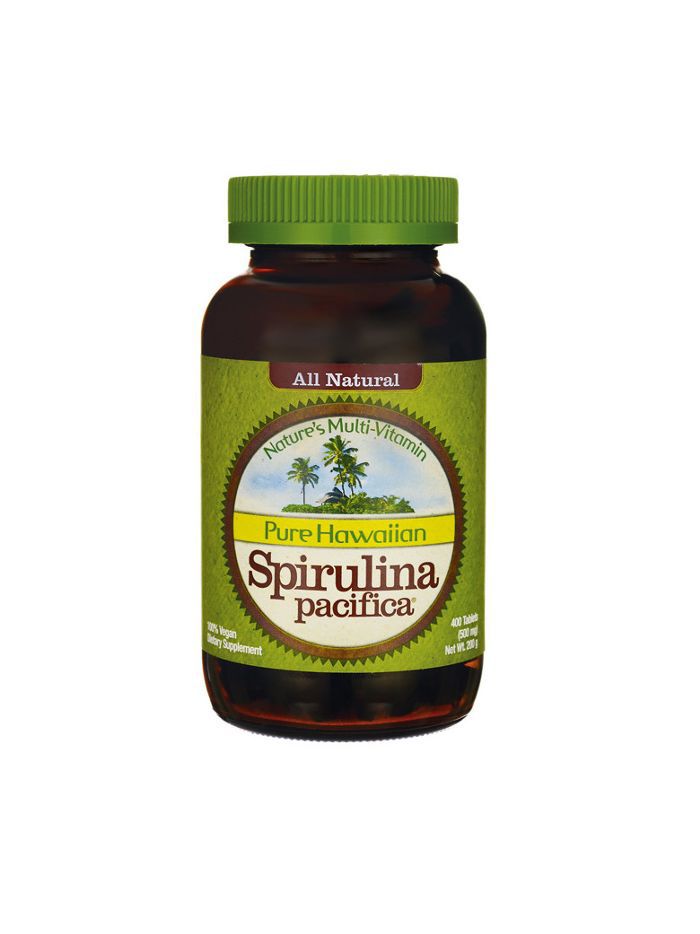 It means: You need iron. “If you can’t stop thinking about red meat, there’s a chance your body is craving iron, b12, and folic acid,” says Lenchewski. “This is especially true during or around that time of the month.”

Instead, reach for a healthier burger. “I’m a proponent of grass-fed, antibiotic and hormone-free red meat once a week,” says Lenchewski. “Try experimenting with an open-faced bison burger—which, cut for cut, is leaner and has more iron than beef.”

Don't eat meat? Try to incorporate some kind of plant-based iron supplement into your routine, like spirulina.