How to Choose the Right Birth Control for You

So you don't want to get pregnant. Understandable. But what next? "There are so many options for women today when it comes to birth control," says gynecologist and SweetSpot Labs expert Jessica Shepherd, MD. "And they can be taken many ways—by mouth, inserted into the vagina, placed in the uterine cavity, injected, and more."

According to Shepherd, all birth control methods work by doing one of two things: Either by "medically altering the ovulation pattern" or by "mechanically preventing sperm from entering the uterus." Some forms of birth control are super temporary (like condoms), some are less temporary (like the pill), and some are long-term (like the IUD). The latter are called "short-acting" and "long-acting" reversible contraception (LARC), respectively. These are the methods we're focusing on today.

For the record, there are a few other kinds of birth control, which we won't be covering at length here: These include permanent methods, like sterilization, where a doctor surgically closes a woman's fallopian tubes. There are also Fertility Awareness Based Methods (FAMs), which have you track your ovulation to avoid having sex during your most fertile days. For those who don't mind the obvious risks, there's also withdrawal (or the pull-out method). And then there's always abstinence.

But this guide is dedicated to immediate, short-acting, and long-term birth control. To make the best choice in your quest for pregnancy-free sex, you'll want to consult your doctor. But in the meantime, we spoke to three great women's health experts: Shepherd; Sara Twogood, MD, an ob-gyn at USC; and Trish McMorrow, MSN, board-certified family nurse practitioner and clinical educator at Progyny. Whether you're already on birth control and want to make a switch, or are considering it for the first time, keep reading to figure out which birth control method is right for you.

What it is: A small silicone cup that you insert over the cervix before sex. It's like a diaphragm but not as popular, and it requires a prescription.

How it works: The cervical cap prevents pregnancy by blocking sperm from entering the cervix. According to McMorrow, the cap is much more effective when used with spermicide cream or jelly. (Keep scrolling to learn how that works.) Your partner probably won't be able to feel the cervical cap during sex, but it's not uncomfortable either way.

Who it's for: Someone who doesn't want to use hormonal birth control and is looking for a barrier method. It requires insertion and removal from the vagina, so it's best for someone comfortable doing that sort of thing.

What it is: A shallow, dome-shaped cup with a flexible rim that’s made out of silicone. You insert it into the vagina before sex, like the cervical cap. A diaphragm also requires a prescription.

How it works: This also works as a physical barrier, blocking sperm from entering the cervix. And it is most effective when used with spermicide. "It needs to be 'fit,'" adds Twogood. "So women should see a gynecologist to make sure they are using the proper size." Your partner may be able to feel the diaphragm during sex, but it won't be uncomfortable.

Who it's for: Same story as the cervical cap.

What it is: A soft, plastic pouch that you insert into the vagina, blocking sperm from reaching an egg. As McMorrow says, "They are available without a prescription and are small and discreet."

How it works: "It works similar to the male condom as far as limiting the exchange of bodily fluids," says Twogood. But unlike a male condom, it can be inserted ahead of time (instead of right before sex) and taken out a few hours later. Your partner will probably be able to feel this one.

Who it's for: Someone looking for a non-hormonal barrier method and who is comfortable with their body, as it requires insertion and removal. "This is also great for someone who wants to prevent STDs," says McMorrow. Also ideal for women who prefer to be the one in control of the condom.

What it is: A latex sheath that covers a man's penis. A condom also does not require a prescription.

How it works: Condoms limit the swapping of bodily fluids, which means they can be used to prevent pregnancy and STDs.

Who it's for: "Good for anyone, as long as you are committed to using it properly," says Twogood. Especially great for those who wish to be protected from sexually transmitted infections. "There are non-latex condoms for those who have a sensitivity or allergy to latex," adds Twogood. "But they don't work as well."

What it is: A cream, foam, or gel that you insert inside the vagina. It does not require a prescription.

How it works: Spermicide to kill sperm, preventing it from reaching an egg. It is often used in tandem with a cervical cap or diaphragm.

Who it's for: Someone who's not into condoms, whether that's because of loss of sensation or the physical process of applying them. "But spermicide can be messy to use and instructions need to be followed closely—it often it needs to be inserted for several minutes before sex can start," warns Twogood. "It can also be irritating to the vagina if used too often."

What it is: A foam sponge that contains spermicide and is inserted into the vagina before sex. It can be bought at the drugstore without a prescription.

How it works: Two ways: It physically blocks sperm from reaching an egg, while killing the sperm at the same time. Your partner might feel it during sex, but they won't hate it.

Who it's for: Someone who wants a temporary, non-hormonal form of birth control and is comfortable enough with their body to insert and remove.

What it is: An injection in the arm or buttocks that you get every three months.

How it works: Contains the hormone progestin, which suppresses ovulation. "If you get your first shot within the first seven days after the start of your period, you’re protected from pregnancy right away," explains McMorrow. "However, if you get the shot at any other time in your cycle, you’ll need to use another form of birth control for the first week after getting a shot."

Who it's for: Someone who can't remember to take a pill every day, but is available to go into the clinic for a new shot once every three months.

What it is: A thin, plastic patch that sticks to the skin. "A new patch is needed once a week for the first three weeks, with the fourth week being patch-free," says McMorrow. It's best to place it on the arm, upper body, or top of the buttocks, and choose the same spot each time. Like the other forms of short-acting birth control, a prescription is needed.

How it works: Contains the hormones estrogen and progestin (which you find in most birth control pills). "The hormones keep the eggs from leaving the ovaries and make the cervical mucus thicker, which keeps the sperm from meeting the egg," says McMorrow.

Who it's for: Someone who doesn't want to take a pill every day and is okay with having a visible patch on their body.

What it is: A daily pill that suppresses ovulation. There are two types: One uses the hormones estrogen and progesterone, and the other is progesterone-only.

How it works: The pill hormonally prevents the ovaries from releasing eggs and thickens the cervical mucus to create a barrier for sperm. It also has a myriad of non-contraceptive health benefits, like reducing acne and hormonal conditions like PCOS.

Who it's for: Someone who is good at remembering to take a pill every day and is looking for "a predictable period every month," says McMorrow. The progesterone-only pill is better for women who can't use estrogen for whatever reason, but it won't have the health benefits that the estrogen-containing pill does.

What it is: A small, flexible ring that’s inserted in the vagina once a month. It’s left in for three weeks and removed for the last week of the month when you get your period.

How it works: "The hormones in the ring are estrogen and progestin (same as the pill)," says McMorrow. "Women who use the ring have regular, lighter, and shorter periods. Other health benefits are the same as the pill."

Who it's for: Someone who wants a hormonal form of birth control but doesn't want to take a pill every day. You should also be comfortable enough with your body for insertion and removal.

What it is: A tiny, thin rod that’s inserted by a healthcare professional under the skin of your upper arm.

How it works: An implant uses the hormone progestin to stop an egg from leaving the ovaries. This hormone also thickens the mucus of the cervix, which stops sperm from meeting an egg. Some women's periods stop entirely; others simply experience much lighter bleeding. It remains effective for up to three years.

Who it's for: Someone who isn’t planning on getting pregnant for several years.

What it is: IUD stands for intrauterine device. It's a tiny, flexible, T-shaped device that is inserted into your uterus by a doctor. There are two kinds: hormonal IUDs and copper IUDs. "This type of birth control is long-term, reversible, and considered one of the most effective methods out there," says McMorrow. It can stay in place and remain effective for up to 10 years.

How it works: IUDs prevent pregnancy by altering the cervical mucus and intrauterine environment to keep sperm from fertilizing an egg.

Who it's for: Someone who wants to put off pregnancy for many years or is done having kids. Also ideal for someone who wants a low-maintenance method. The copper IUD is an option for women who want to avoid hormones, but it can cause more side effects and discomfort.

Shop some of our other favorite products for your nether regions below: 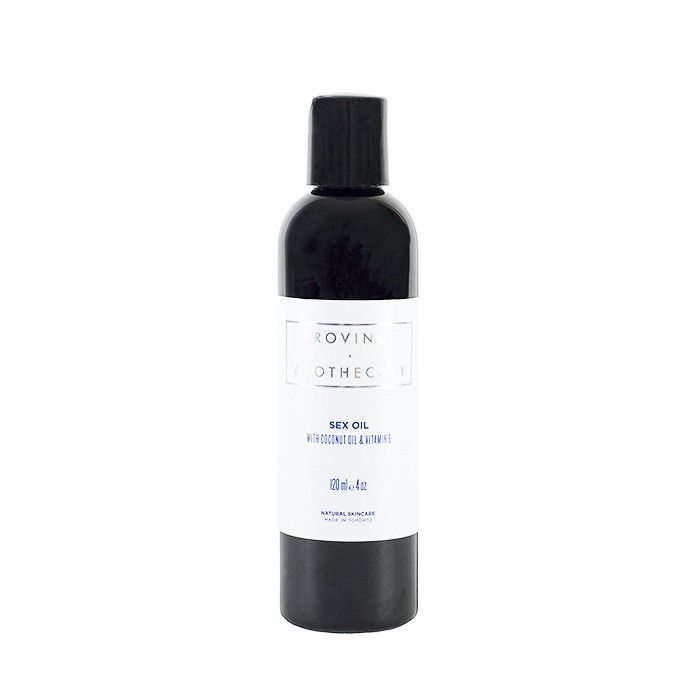 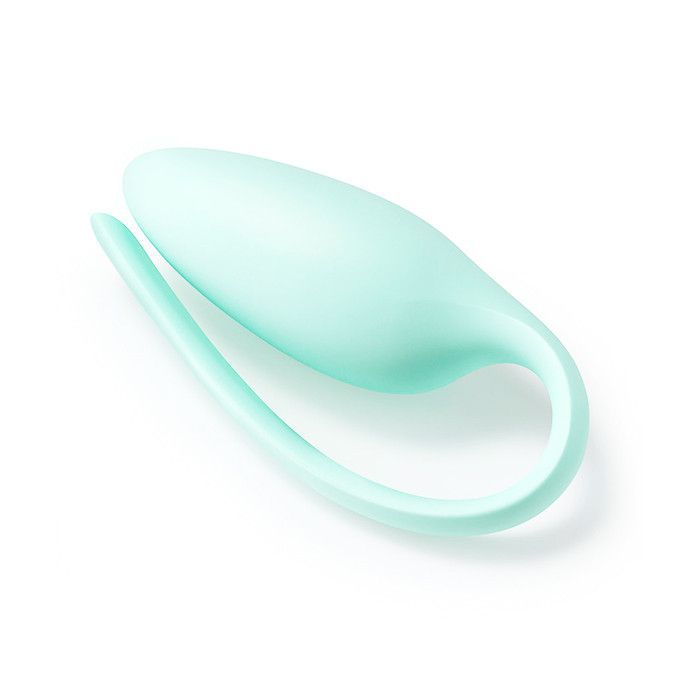