Ask a Hairstylist: Are Shampoos With Sulfates Ever a Good Choice?

"Synthetic" has become a dirty word in today's increasingly naturally-inclined beauty market. Over the past several years, the press has largely steered consumers away from ingredients like artificial fragrances and sulfates and toward formulas that are more "natural". Although, as we've explained surrounding this the topic before, this word doesn't actually mean much, since there are no industry-wide requirements for what constitutes a "natural" beauty product. Sulfates in particular have been the victims of a particularly nasty campaign—so is it warranted?

Where are they used: In shampoos

How often is safe use? They're technically safe to use, but they damage your hair.

I know dozens of beauty obsessives who won't even touch a hair product that contains sulfates. I once heard a beauty editor audibly gasp at the word, like you might after hearing someone tell you they use a tanning bed. In fact, some people think they're similarly dangerous: In the late '90s, information began circulating in the media that some of the chemicals found in shampoo, including sulfates and lab-made fragrances, could potentially cause cancer. Since then, many consumers have become particularly wary of anything synthetic—sulfates included.

But the difference between, say, sulfates and tanning bed use is that study after study has revealed that subjecting your skin to UV rays heightens your cancer risk (according to the American Academy of Dermatology, using tanning beds before age 35 can increase your likelihood of developing melanoma by 59 percent). By contrast, most of the cautionary tales we hear about the synthetics found in hair products are actually hearsay, according to scientific studies. That's not to say there aren't toxic synthetics, it's just that sulfates aren't exactly one of them.

To clear up the pros, cons, and potential risks of using hair products with sulfates and artificial fragrances once and for all, we consulted a duo of haircare experts, who provided a balanced view. Keep reading to learn the truth about what sulfates are and if they're really that bad for you (plus, the 411 on synthetic haircare ingredients in general).

Sulfates are probably the most controversial synthetic ingredient for naturally minded consumers, but before writing them off as evil, it's worth clarifying what exactly they are. "Sulfates are the detergents responsible for the super-sudsy lather you get out of most shampoos," explains celebrity hairstylist Michelle Cleveland. Sulfates are indeed the number one most common ingredient found in haircare products even today, and you know you're encountering them when you see names like sodium laureth sulfate, sodium lauryl sulfate, and ammonium laureth sulfate on an ingredient label.

In terms of chemistry, sulfates are a type of ingredient called a surfactant, which is a combination of molecules that attracts water and oil. "This unique property allows soaps, shampoos, and body washes to separate dirt and oil from your skin or hair and then allow the water you rinse it with to carry it off your body and down the drain," chemist Kevin Ewell told xoJane.

The Issue with Sulfates

Again, there is absolutely no evidence that sulfates cause cancer or any other health problems. When used as directed (meaning, you use to wash your hair in the shower or bath and not to ingest, for example), they are 100 percent safe. But just because a product is safe for your health doesn't mean it won't irritate. Sulfates are so effective at removing the dirt from your hair that sometimes they strip the hair of its natural oils and the proteins that make it look shiny and healthy. In addition, if a sulfate-containing product gets in your eyes, it can sting, and Cleveland says sulfates can also cause premature fading of hair color and keratin services. Plus, if you have super-sensitive skin, the combination of sulfates and synthetic fragrance may cause a rash.

If you have dry, damaged, and color-treated hair, try a sulfate-free shampoo. It is inherently milder on the skin, gentler on your hair's natural oils, and doesn't fade your hair color.

However, it must be said that going sulfate-free doesn't mean your hair's natural oils will be totally protected, either.

How Sulfates Work in Shampoo

"All shampoos strip your hair of natural oil. That’s how they clean," says Ewell. "If you are concerned about losing your hair's natural oils, the only thing you can do is stop washing your hair. But I wouldn't get too attached to your natural oils, because they capture dirt, pollen, and pollution, which we definitely don't want in our hair."

Ultimately, washing your hair with a shampoo of any kind and following up with a conditioner will keep your hair clean and hydrated—that's why this has become the standard routine of most haircare consumers. Ultimately, Ewell says, sulfates "often get bad press and the natural crowd hates them, but they are perfectly fine ingredients."

However, that doesn't mean sulfates are good for your hair either—the natural oils your hair has do serve the purpose of protecting your hair's shafts from everyday wear and tear. Like with most things, if you use a shampoo with sulfates, you just need to do it in moderation.

On that note, "synthetic" doesn't have to be a dirty word either. "For example, if there is an animal-derived ingredient with outstanding benefits to your hair, some companies choose to re-create that ingredient in the lab rather than source it directly from animals," Cleveland explains. Not to mention, artificial fragrances (which, again, are not dangerous to your health) won't cause any irritation unless you have super-sensitive skin.

There you have it: a no-frills, unbiased overview of shampoo with sulfates. Still want to go sulfate-free? Shop a few of Byrdie editors' favorite shampoos, sans sulfates, below. 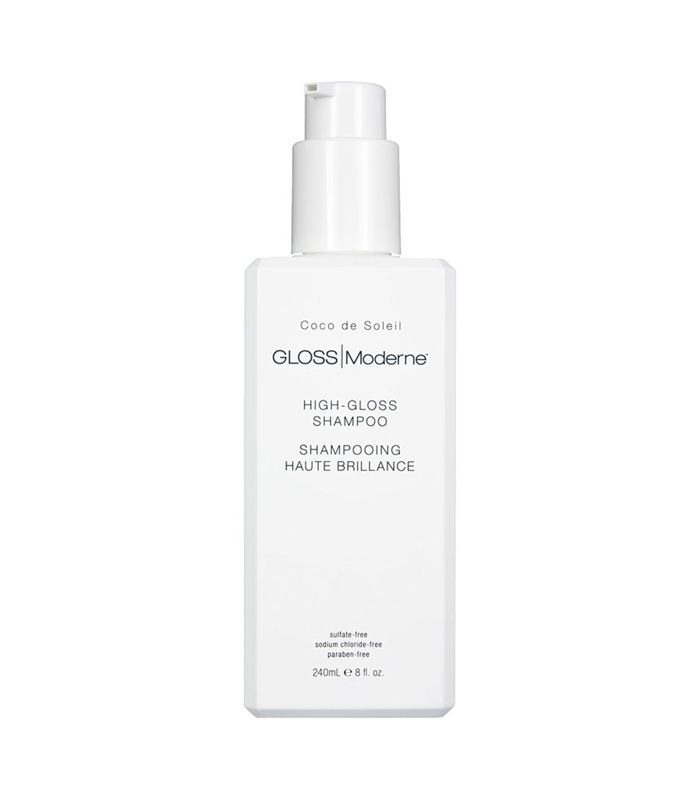 As the name would suggest, this shampoo is luxe—it's for all hair types, and preserves and extends the life of all hair treatments. 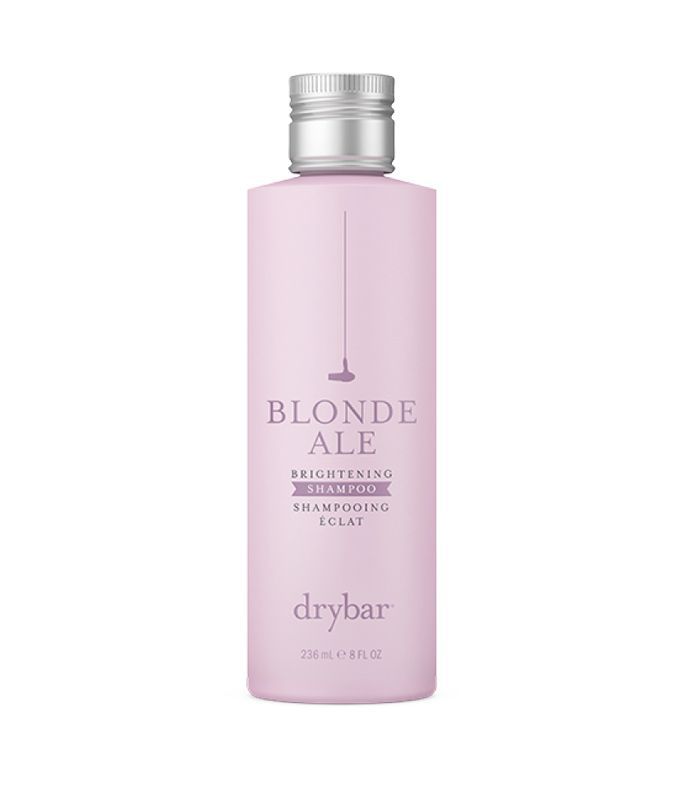 Finding a purple shampoo that is also sulfate-free can be a nightmare for blondes, but Drybar has you covered with their Blonde Ale Brightening Shampoo. It's a popular favorite for 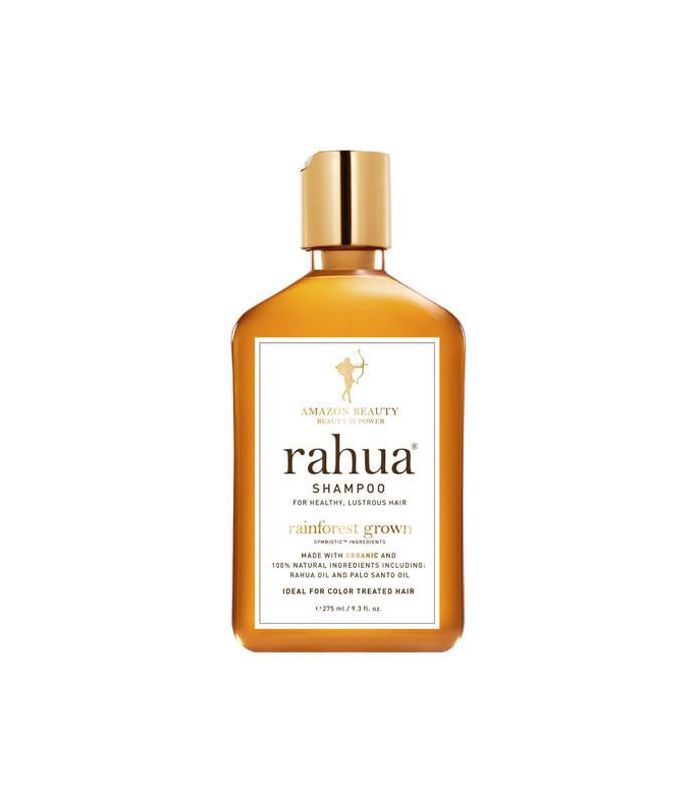 Rahua are all about making products that are good for both you and the environment, and this lush shampoo scented with Palo Santo oil will make you appreciate just how well their ingredients are sourced. 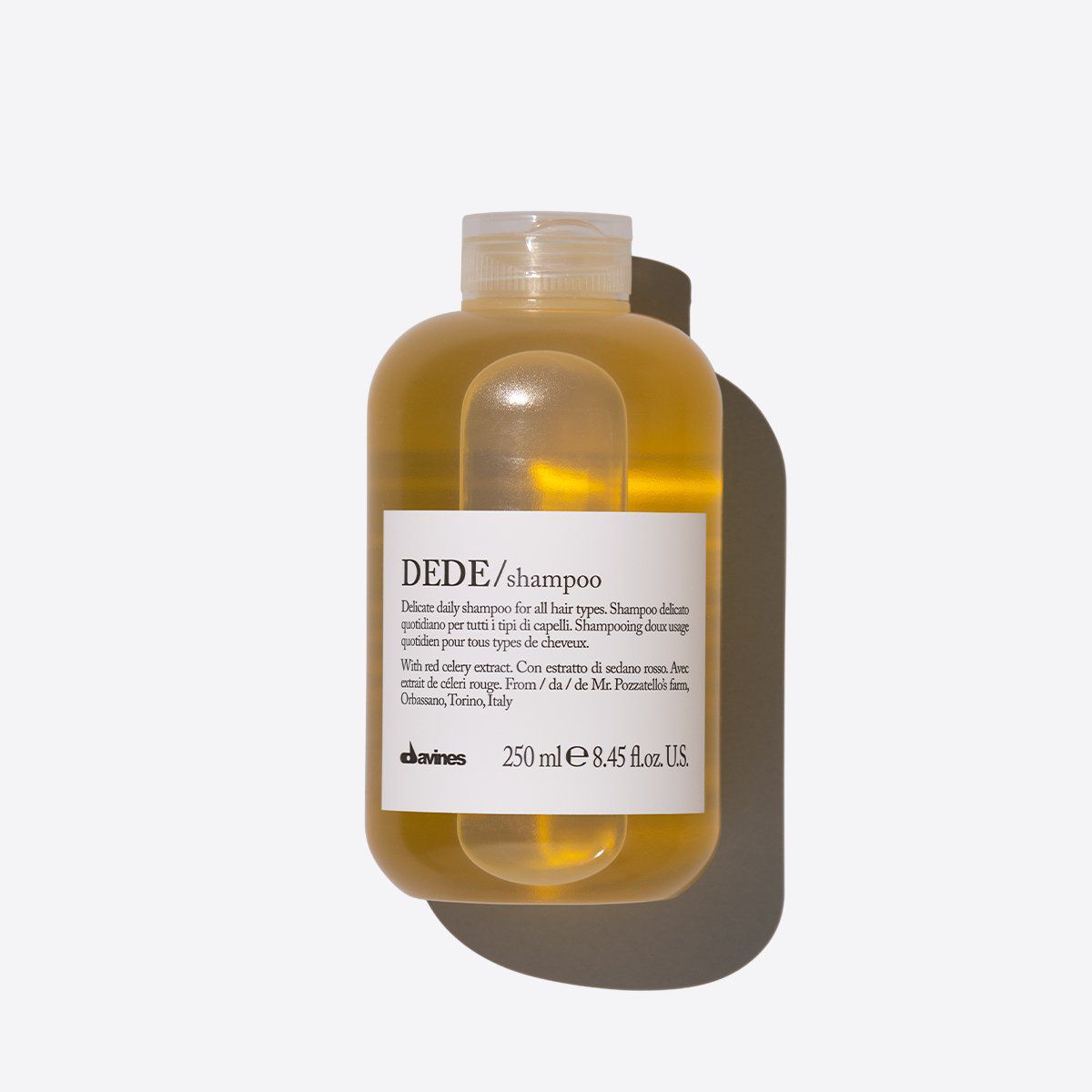 It seems like natural haircare line Davines has a shampoo for every hair type, but this is their most universal. We love how it comes in a travel size, too, so you don't have to sacrifice quality of your haircare wherever you go. 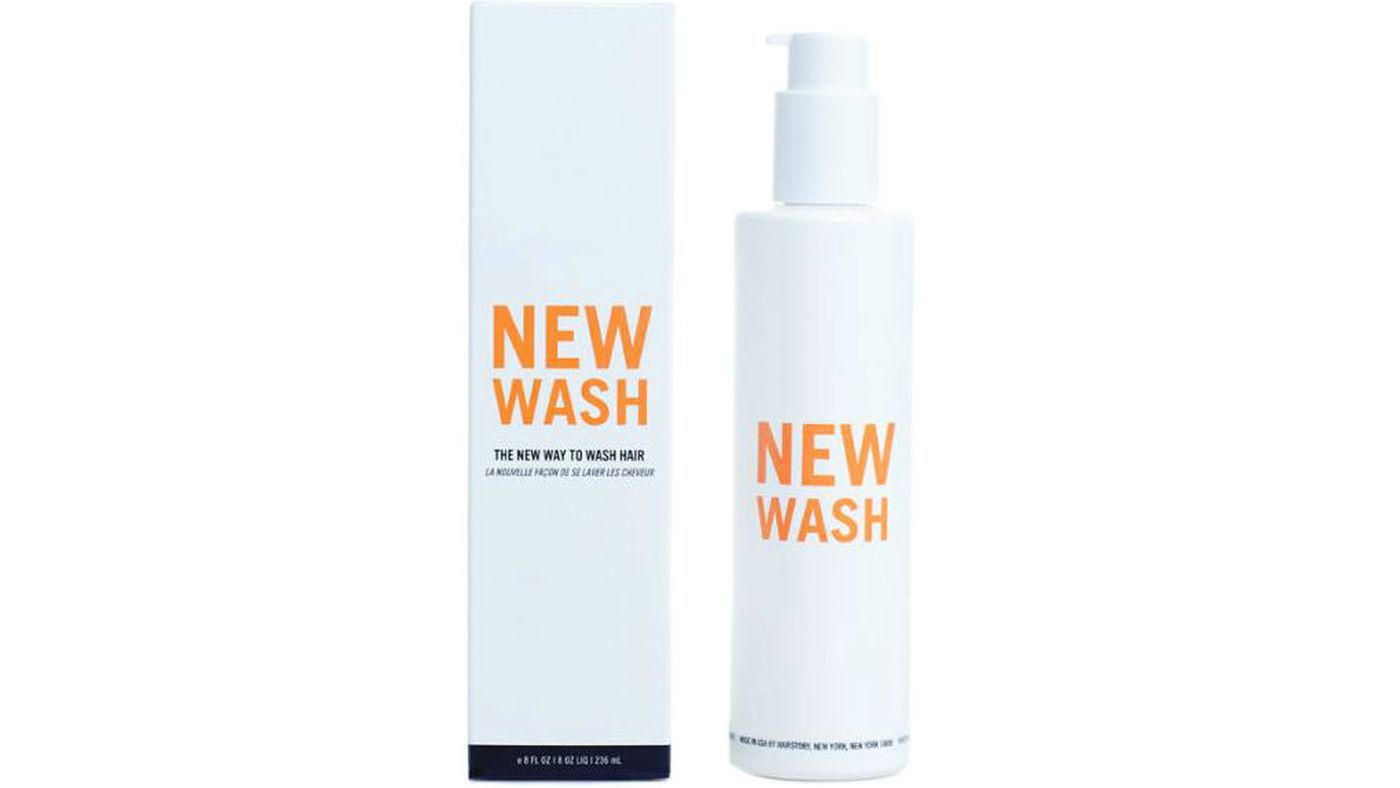 New Wash is the co-washing product that took sulfate-free washing mainstream, and it has definitely earned the reputation that precedes it. Unfortunately, switching to a wash like this is difficult when you've been using a wash that has a sulfate in it. It is possible, but it requires alternating between the two. 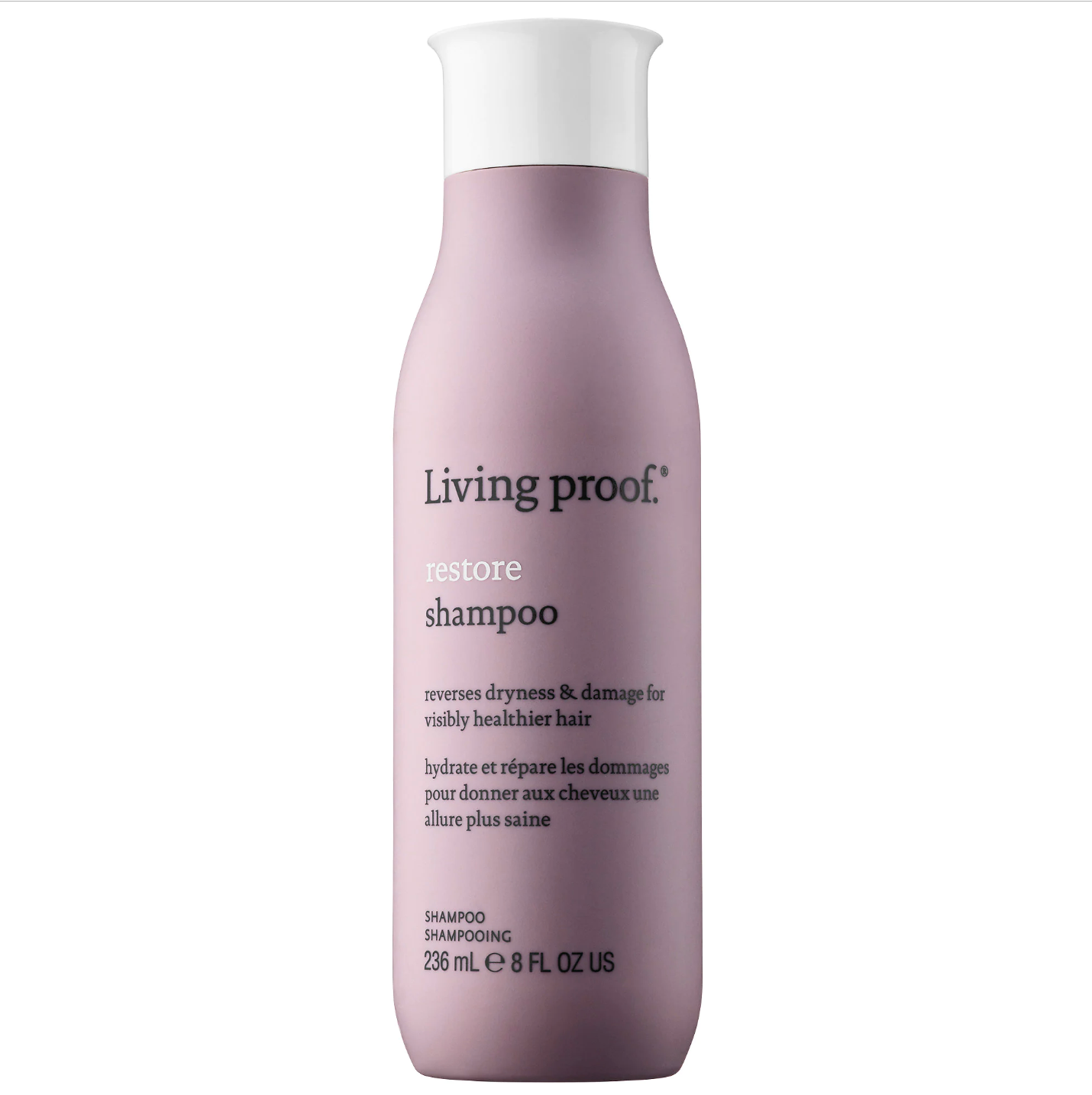 One of Living Proof's more popular shampoos, this is the shampoo you want to buy if you've fried your hair from dye one too many times.

Up next: Here are 15 sulfate-free shampoos that won't strip your hair