Why You Should Embrace Your Freckles Like Meghan Markle

Freckles aren't something we often discuss. More often than not, if you don't have them, you want them (a quick poll around our office proves this), and if you have them, you've tried to cover them up on multiple occasions. But generally, we don't cater our makeup to our freckles.

This is until the soon-to-be Princess of Wales's former makeup artist, Lydia F. Sellers (who worked with the actress on "Suits"), revealed her one request when having her makeup done. She told Refinery29 that the star would always say, "Can we just make sure my freckles are peeking through? I don't want a ton of foundation." This makes us happy. Our editorial director spent her whole childhood wishing for freckle-free skin and trying to conceal them with heavy makeup, but the tide is finally turning, and freckles, once seen by some as imperfections, are now something we can be comfortable exposing.

If you didn't know, freckles are small brown spots that appear on the skin, mostly in areas that get sun exposure. They form as a result of an overproduction of melanin, which is the pigment in our skin that accumulates in small areas. There are two types of freckles: Ephelides are more common—they are flat and brown, while solar lentigines are larger and more defined patches on the skin that often appear during adulthood. They're mostly harmless, but if you are worried, speak to a dermatologist. While freckles can look lovely, make sure you're always applying SPF 30 or more to protect your skin from any harmful damage caused by the sun. We love Nars Radiance Primer SPF 35 ($36).

I remember the day I decided I hated my freckles. I must have been around 11, and a boy came up to me in school and asked why I had small brown spots scattered across my nose and cheeks. It was the height of summer and I was covered in freckles, but I had never thought anything of it. My mum and sister looked the same as me, so I just thought it was totally. Obviously, he had no clue that his comments hurt and that they would push me to cover my freckles from then on until the age of 18. As the sun came out, so did my trusted concealer (which I used to steal from my sister until I discovered the Rimmel counter in Boots), which I would apply while sitting by my window for optimal light.

It wasn't until I was 18 during one summer holiday that I just decided not to cover them. It was too much effort and the majority of my time was being spent in the sea, so covering them up became pointless. So many compliments about my coloring and freckles flooded in from friends and family and I realized freckles are great. The older I get, the more I love them, and now I can't wait for summer to come around since my freckles give my complexion a little color and life.

We're told by the beauty industry (Byrdie included) to try new foundations, concealers, and experiment with products daily that perfect our skin. That's no bad thing, as experimenting with makeup is fun and sometimes all you want to do is throw on your favorite foundation and be done with it, but Markle's comment is a stark reminder that it's important to allow our quirks, like freckles, to shine through. And it's refreshing to see a celebrity voicing that.

Want to make the most of your freckles like Markle does? Sellers revealed that she used Giorgio Armani's Luminous Silk Foundation ($64) sheered out with a Beautyblender ($20) to allow those freckles to peek through. 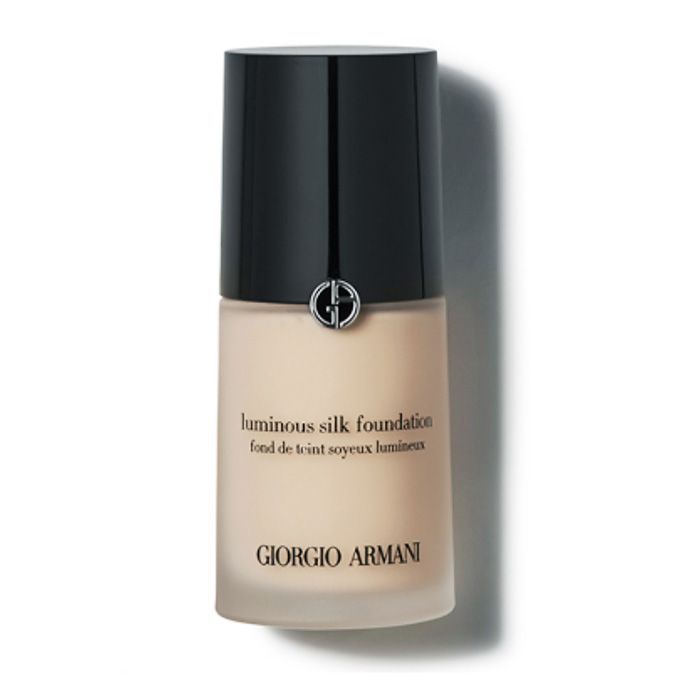