Women Are Posting Selfies in This Crazy Skin-Tightening Mask 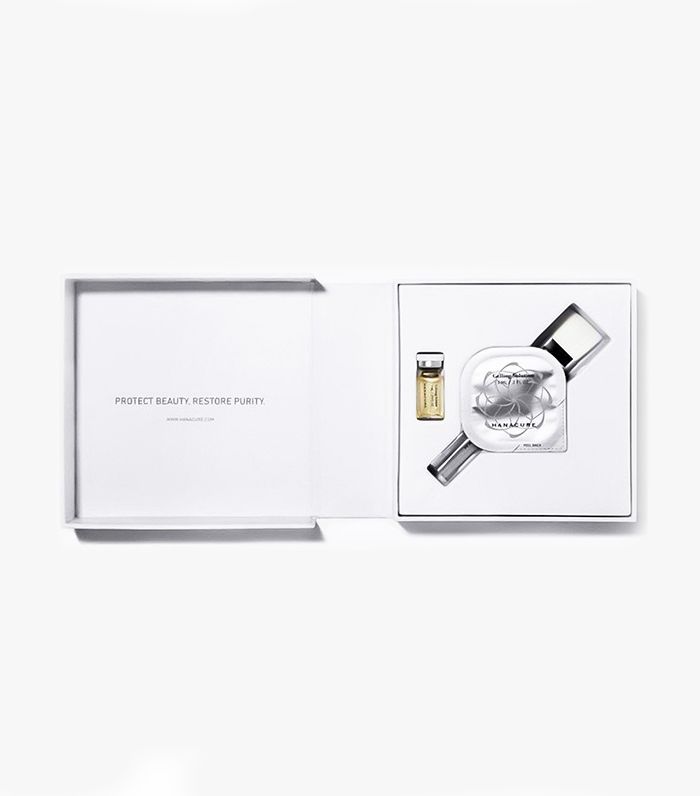 We're no stranger to weird, trending beauty treatments. In fact, it's our job to test them out and report on their efficacy. So when Drew Barrymore recently recommended a new face mask that practically vacuum-seals your face and makes you look "10 years younger," you could say we were intrigued.

The mask, dubbed the All-in-One Facial ($29), is the debut product from a South Korean beauty brand called Hanacure. It comes in a kit that includes two ingredients and instructions to shake them together until a gel-like consistency forms, which you then apply to your skin with the brush provided. About 30 minutes later, the mask promises a visible tightening-and-brightening effect, thanks to a blend of botanicals, peptides, and an exclusive purifying compound called CO2 OctoLift.

But here's the catch: When they say tightening, they really mean it: Barrymore warns, "It gets so tight that it literally pulls your face." The image speaks for itself—you can clearly see where the mask tugs on her skin while it works its magic. Hanacure suggests making minimal movements in order to reap the benefits as fully as possible and to only fan yourself if you have an itch. However, Barrymore promises that it's all worth it: "It makes you look so fresh when you wash it off. And it's so effective."

Since then, the mask has gained huge traction on social media. Users are posting their own photos like Barrymore's due to the unique visual and spectacular results. We have to admit that it looks a little intimidating, but we're willing to try anything if the results are as good as reported.

Up next, check out three not-to-be-missed secrets to steal from a Korean skincare routine.