She's All Grown up Now 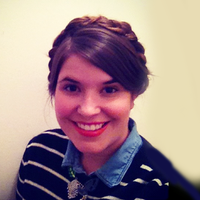 Jessica Baker
Jessica Baker is the entertainment director at Clique Brands and has been writing fashion and celebrity features for the company for over nine years.
Byrdie's Editorial Guidelines

“I’m embracing and loving the fact that I am a woman now,” says Victoria Justice of her new grown-up look. The sentiment comes after eight years of playing a high school student on Nickelodeon, with hits Zoey 101 and Victorious. Now 26, Justice finds herself in fresh territory, taking on more mature roles—like that of tech genius Lindy Sampson on the MTV thriller Eye Candy—and owning her sexuality. In this month’s beauty editorial, the actress opens up about breaking away from the tween world, getting back into the music business, and maintaining a healthy relationship in the spotlight.

Here is our exclusive interview.

In the hair and makeup chair, Justice is a lot like a kid in a candy store; she loves to play. “I’m really open to trying different beauty looks,” she told us. “I love taking risks and there are definitely days when I want to play with different colors in my hair, or days when I want to do a much shorter bob or even a pixie cut.” On set for her March Byrdie shoot, Justice welcomed a fresh-face look with a cool twist—think: a bold graphic eye and architectural ponytail. It’s fitting, considering she herself is embracing an edgier style as of late. “I always had to be conscious of that younger audience and couldn’t go too mature,” she says. “Now that I have a show on MTV, I am no longer part of that world as much. If I want to wear something that is low cut or show a little more skin, I embrace. I own it.”

The jump from tween star to grown-up actress is a move Justice had been preparing to make since she was 18. “I think doing Eye Candy was the perfect next step for me,” she says. “It was important after being on Nickelodeon for so long, and people seeing me as Lola on Zoey 101 and as Tory on Victorious, that I leave a new character in their mind. When I read the Eye Candy script, I loved that it was a thriller, that it was dark, gory, and very sexy all at the same time. I was really ready to take on a role like that.”

“When reading interesting scripts I have such an urge to bring that character to life,” Justice adds. She credits the unique roles that come her way for keeping her passionate about the industry. “I am also constantly inspired by people that I admire and respect and would love to work with one day. For example, I love David. O Russell. I think he’s an amazing director, and Cameron Crowe is another one. And then Julianne Moore. I think she’s an incredible actress, and I respect the choices she makes.”

(Makeup notes: "This was a very monochrome look, with the eye shadow and lip color matching in shades of berry-pink," Brown says. She used the Chanel Ombre Essentielle Eye Shadow ($30) in Rose Favorite on Justice's lids, and Nars' Satin Lip Pencil ($27) in Palais Royale ("My go-to berry lip color!") on her lips.

On Her Next Album

Justice is nothing if not a great performer, and she’s proved it both onscreen, as well as on stage. And while she recently put her singing career on hold to focus on acting, it’s never been far from her mind. When asked about the album she’s been working on, Justice replied, “Now that I have a little bit of a break from the show, I’m definitely getting the itch to get back in the studio and start writing again. I miss performing so much; I miss being on stage and being able to share my music with people. Whether I sign to another label, I’m not sure, but I might just release stuff on my own, so my fans can hear it and I can share that with the world. [Music] will always be such a huge part of my life.”

On Maintaining a Successful Relationship

Even with her hectic production schedules and budding music career, Justice still manages to make time for long-term boyfriend Pierson Fode. The two have been dating since 2013, and despite living on opposite sides of the country, they are stronger than ever. “I am not perfect when it comes to being in a relationship, and it definitely has its challenges, but I think the key is communication,” says Justice. “Just taking the time to really be invested in the other person’s life and their wants and their needs and how they need to feel loved.”

(Makeup note: The inky black pencil used to create this graphic eye? That would be Chanel's Le Crayon Khol ($30) in Noir, which Brown winged out past Justice's lash line and over the crease of her lid for a mod effect.)

With the debut season of Eye Candy wrapped, Justice has high hopes for the series’ future. “I’m really proud of the show and what we accomplished,” she tells us of working with the cast. “So fingers crossed it gets picked up for a second season.” In the meantime, Justice’s fans have a lot to look forward to. Later this year, she’s breaking into the indie world with the coming-of-age flick Naomi and Ely’s No Kiss List, and she’ll play a misfit alongside Peyton List in The Outskirts, due to hit theaters in June. And new music is on the horizon, too. “I’ve been telling my fans for such a long time that I’m going to be releasing music, so just wait—it’s coming! I think now is the time.”