Everything You Need to Know About the VI Peel 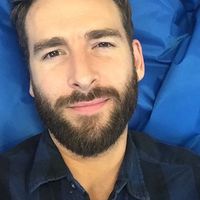 Bryan Levandowski
Bryan is a contributing writer for Byrdie covering all things beauty and grooming. He has over 16 years of experience in beauty editorial and has been with Byrdie since 2020.
Byrdie's Editorial Guidelines
Medically reviewed by
Julia A. Siegel, MD

Medically reviewed by Julia A. Siegel, MD
Julia A. Siegel, MD is a board-certified dermatologist based in Boston, Massachusetts. She is a member of the American Academy of Dermatology and has authored several peer-reviewed journal articles and book chapters.
ABOUT BYRDIE'S BEAUTY & WELLNESS BOARD
Board-Certified Dermatologist
Fact checked by
Michelle Regalado

What is the VI Peel? Benefits of the VI Peel What’s in the VI Peel How to Prepare for the Vi Peel What to Expect During a VI Peel
Potential Side Effects The Cost Aftercare The Final Takeaway

The VI Peel is one of the latest chemical peels to getting attention because of its high-impact, minimal-downtime approach. It’s a blend of acids, retinol, vitamins, and minerals that goes beyond a general resurfacing peel to treat specific conditions, including acne and acne scarring, hyperpigmentation, and fine lines and wrinkles. And let’s face it, by today’s instant gratification standards, the VI Peel sounds like a dream come true. But here at Byrdie, we like to take a closer look at the facts behind treatments with glow-promising results, like the VI Peel, to see if they deliver. We’ve orchestrated a panel of doctors, experts, and Vi Peel practitioners to get the full story on everything you need to know about the treatment.

We talked to dermatologist Amanda Doyle of Russak Dermatology, Skin Authority founder Celeste Hilling, Charlotte Birnbaum of Spring Street Dermatology, and Tapan Patel of London’s PHI Clinic, who shared their thoughts on and experiences with the VI Peel.

Read on to learn everything you need to know about the VI Peel.

What is the VI Peel?

The Vi Peel, from the Los Angeles-based Vitality Institute, is a chemical peel that addresses fine lines and wrinkles, acne and acne scarring, hyperpigmentation due to sun damage and melasma, and promotes overall smoother skin texture by refining pores, controlling oil, and stimulating collagen production. All this with minimal downtime and discomfort. Described by its founders as a “great first-time peel for all age groups who want fresh, healthy, radiant skin,” the VI Peel seems to be a fix-all for a variety of skin types and conditions.

The secret? It all comes down to the synergistic blend of active ingredients including trichloroacetic acid (TCA), retinoic acid, salicylic acid, phenol, vitamin C, and a blend of minerals, which, according to Patel, “all have wonderful benefits, like improving texture and tone, rejuvenating the skin, and helping to prevent further damage.” It also contains pain-numbing ingredients to lessen the burning sensation—doing away with it altogether for some patients. “The Vi Peel is less about actually making the skin peel and more about infusing it with ingredients that will have beneficial effects,” he added.

Benefits of the VI Peel

There are five different versions of the VI Peel available, each tailored to a specific concern; however, the overall benefits include:

While the original VI Peel covers all the above bases, Doyle explained how the other versions deliver more intense, specialized treatments, such as the VI Peel Purify Precision Plus, used on acne-prone skin and acne scarring. Once you schedule your VI Peel consultation, your doctor or esthetician can help you decide which version is most suitable.

What’s in the VI Peel

Here’s everything you need to know about the VI Peel from the inside-out:

Trichloroacetic acid (TCA) and Phenol: If you’re familiar with chemical peels, you’re likely well-versed in both of these skin-smoothers. According to Birnbaum, the combination of TCA and phenol creates “a controlled injury of the skin, leading to regeneration and resulting in increased collagen and elastin production.” Patel points out the individual benefits of each. “TCA clears away dead skin cells to reveal the new skin layers below to treat concerns like skin discoloration, scarring, and wrinkles,” while “Phenol is often used to treat deeper concerns like sun damage, pigmentation, and facial lines.”

Salicylic Acid: The same go-to active in many acne products gives the VI Peel an extra boost of breakout-busting power. “Salicylic acid is used to exfoliate the skin and clean the pores, can reduce mild breakouts of whiteheads and blackheads, and prevents future skin breakouts,” Patel says.

Retinoic Acid: “Retinoid acid is a derivative of vitamin A,” Doyle says. "It helps to regulate growth and differentiation of skin cells, resulting in a reduction in acne, inflammation, and oil production.” It’s also where the Vi Peel’s anti-aging benefits come in; Hilling touts the ingredient’s ability to exfoliate, firm, and volumize the skin.

Vitamin C: The ingredient of the moment, Vitamin C is included in the VI Peel as “a powerful antioxidant that counters some of the damaging effects of the sun and pollution, reducing pigmentation and improving the appearance of the skin,” says Doyle. Not to mention its collagen-boosting properties, which Hilling says is instrumental in plumping skin and smoothing over wrinkles.

Hydroquinone, Kojic Acid, Benzoyl Peroxide, Hydrocortisone: Birnbaum explains how the more targeted versions of the VI Peel might contain the above ingredients for their abilities to target breakouts, hyperpigmentation, and inflammation.

How to Prepare for the Vi Peel

As with any procedure, start by doing your research to decide if you’re a good candidate for the VI Peel. While it’s generally considered safe for virtually every skin type, those with susceptible skin, impaired wound healing, conditions such as eczema, diabetic skin issues, psoriasis, and autoimmune skin conditions, as well as those with darker skin types for whom peels and laser treatments may pose an extra risk, should avoid the VI Peel. Birnbaum also stresses the importance of zero sun exposure for a significant period, both before and after the treatment. “Sun exposure on or after skin that has been injured can lead to a burn, poor healing, and hypopigmentation or hyperpigmentation,” she says.

If you think the VI Peel is for you, start with a proper evaluation to ensure it’s the correct choice for your skin type. Hilling points out that the VI Peel doesn’t require a physician to administer, so it’s important to ensure that your practitioner is reputable and fully-informed of all known concerns in terms of both skin and general health—including if you’re pregnant or nursing. She also adds that if you’ve never had a peel before or are unsure about your tolerance to acids, you should inquire about a patch test.

What to Expect During a VI Peel

As far as chemical peels go, the VI Peel is considered non-invasive, and most patients agree that it’s painless. Patel says some of his patients reported a “mild tingling, like pins and needles,” but nothing too severe. It’s also fast, taking about 30 minutes from start to finish. Hilling, however, was quick to point out that despite being described as having no downtime, it’s common to experience significant peeling over the first four-to-five days after treatment.

Overall, side effects tend to be minimal. As we said, skin will peel—a lot—afterward, and Hilling stresses the importance of resisting the urge to pick or peel away at the skin to avoid scarring. This is especially important for those with darker skin tones. Patel added that some patients might experience some skin discoloration around three days after treatment, though it dissipates independently.

The average price of a VI Peel tends to hover between $400-$500 a session; however, the final cost depends on how many treatments you are recommended based on your skincare goals. If you're looking for an overall refresh that’s a few steps above what you can get at home, then one VI Peel session may be all you need, but many of our experts, including Hilling, agree that the VI Peel is not typically a one-time treatment. Depending on the level of advancement of your skin concern, it can take three-to-four sessions to achieve the desired outcome.

In addition to resisting any urges to pick, peel, or even touch your face, aftercare is relatively easy and involves sticking to the post-care instructions you’ll receive after treatment, such as using sunscreen and moisturizer as instructed. Also, stay away from aggressive ingredients such as acids and retinols until given the all-clear by your practitioner, or you’ll risk harming your skin’s barrier function, which is vital for proper healing.

Now that we’ve covered everything you need to know about the VI Peel, it seems like it’s the apotheosis of today’s beauty culture: minimal effort, maximum impact, total innovation. If you’ve always considered taking the peel plunge but were afraid of the downtime, the VI Peel might be the beauty fix you’re after.

The 10 Best Chemical Peels of 2023
Article Sources
Byrdie takes every opportunity to use high-quality sources, including peer-reviewed studies, to support the facts within our articles. Read our editorial guidelines to learn more about how we keep our content accurate, reliable and trustworthy.
Featured Video