The Workout Everyone Is Doing in L.A. Right Now

Amy Lawrenson
Amy Lawrenson was the Editorial Director for Byrdie UK and has worked as a freelance beauty and health journalist for over 13 years.
Byrdie's Editorial Guidelines
Medically reviewed by
Briana Bain

What Is a VersaClimber How It Works
Final Thoughts

I first heard of the VersaClimber about four years ago while sitting in a juice bar in London's Soho with Matt Damon's personal trainer, Jason Walsh. I was working at Women's Health at the time, and he was near to opening a new fitness studio called Rise Nation in Los Angeles. He told me that everyone works out to music in the classes while on static climbing machines (gulp).

It sounded bizarre, but the thing is, whoever is responsible for getting "deadly weapon" Jason Bourne fit has my attention. Fast-forward to November when I was in Los Angeles and just starting at Byrdie: I hot-footed it to the (then new) Rise Nation studio on La Cienega Boulevard. In this city, people play hard and work out even harder.

What Is a VersaClimber

The VersaClimber is a vertical cardio trainer that is a full-body workout. It was created in 1981 by a mechanical engineer named Dick Charnitski, who wanted to bring his climbing workout indoors.

Rise Nation was the first studio to put the VersaClimber under the spotlight (literally, when the class starts, the blinds automatically lower to reveal a nightclub-esque atmosphere). It's a little like a cycling class; the room is filled with numbered VersaClimbers that you're on for the 30-minute session. I found myself positioned right in front of the trainer, a bubbly lady, who, as it turned out, shared my love for pop and R&B. Each trainer has a different vibe, and whether it's their banging disco tunes or yoga background, you can find a class to suit your mood and musical tastes.

It didn't take long before I spied VersaClimbers popping up in London gyms. Sweat by BXR even announced that it was launching a VersaClimber class called Climb to the Beat. It's a total cardio workout that's fun, too. Fitness manager James Pisano's playlists are so energizing and addictive that the 45-minute classes fly by. Just like at Rise Nation, the room is dimly lit, and the disco lights flash, spurring you on.

The VersaClimber is a machine that has handles and pedals that you move in a climbing or crawling movement. Not only does it provide a cardio workout, but it also strengthens your legs, arms, back, and core. As you can see from the Rise Movement video above, it works up quite the sweat! The VersaClimber also torches some serious calories. You can burn 600-800 calories in a 30-minute session.

To work the VersaClimber, you first step on the pedals and then grab both handles. You can adjust the handles, so they are at shoulder height. You then slightly bend your knees and then move your arms and legs to mimic the climbing motion. Make sure you keep your weight back to work your legs.

You control the speed of the machine, which means you can switch up the speed and stroke length to change the intensity of the workout. The VersaClimber also has a stable bar if you want to hold on there instead of the moveable handles. This will work your legs and glutes in a different way, as it alters your stance. You can also change your grip on the moveable handles, either have your palms facing you or facing away to further challenge yourself.

To check your progress, keep an eye on the monitor screen. It will display the time, as well as steps per minute and total steps taken.

Just like with a Spin class, the moves are determined by the beat. Sometimes you're in a squat position (great for the bum), and other times your hands are gripping the handles from beneath to work out your biceps.

VersaClimber recommends that beginners start with a 15 -20 minute workout and then work up to a 60-minute workout. If you want to use it for endurance or cardio training, aim for at least 20-30 minutes.

It's a great workout for anyone who sits down all day. I have a damaged coccyx, so not being on a bike saddle (the world's most uncomfortable seat) was a joy. It was fun, too. Sure, it was hard work, I was out of breath and sweaty the whole time, but I enjoyed it far more than any workout I had done before.

For anyone who loves Spin or running, it's worth knowing that doing the VersaClimber burns double the number of calories than being on a static bike or treadmill. You're using your whole body and in a more functional, natural climbing motion.

I was going to Climb to the Beat fairly regularly for about a month. I noticed from regular climbing sessions that my cardio ability improved and that classes began to feel more manageable. The first session is always the hardest. I also noticed my bum looked more lifted, my arms felt more toned, and I had more energy away from my workouts.

For those that are looking to build strength and muscle mass, VersaClimber recommends that you set the hydraulics to a slower rate and do 12 reps to really work and fatigue your muscles. If you want to build power, you can set the hydraulics for a faster pace and perform 15 to 30 reps.

Recently, I found myself back in L.A. and staying right around the corner from Rise Nation. It's on ClassPass, so I loaded the app and tried to find some availability. Rise Nation may have been around for some years, but it's still super popular and classes get booked out well in advance. However, I managed to squeeze into an early session. (I'm a night owl, but it was worth it).

If your gym has a VersaClimber machine, I recommend you pull up your favorite workout playlist on your iPhone, hop on, and climb in time with the tunes. Otherwise, if you're London-based, head to Sweat by BXR and try a class. First-time climbers can book a climb for £30. If you are in California and a few other states, you can head out to Rise Nation and take a VersaClimber class for around $26.

Those who would rather work out at home, can buy a VersaClimber for home use, but they are one of the more expensive pieces of home gym equipment. The basic model starts at around $2000. Their website has several workouts and live videos, so you can get the same benefits of being in a class. 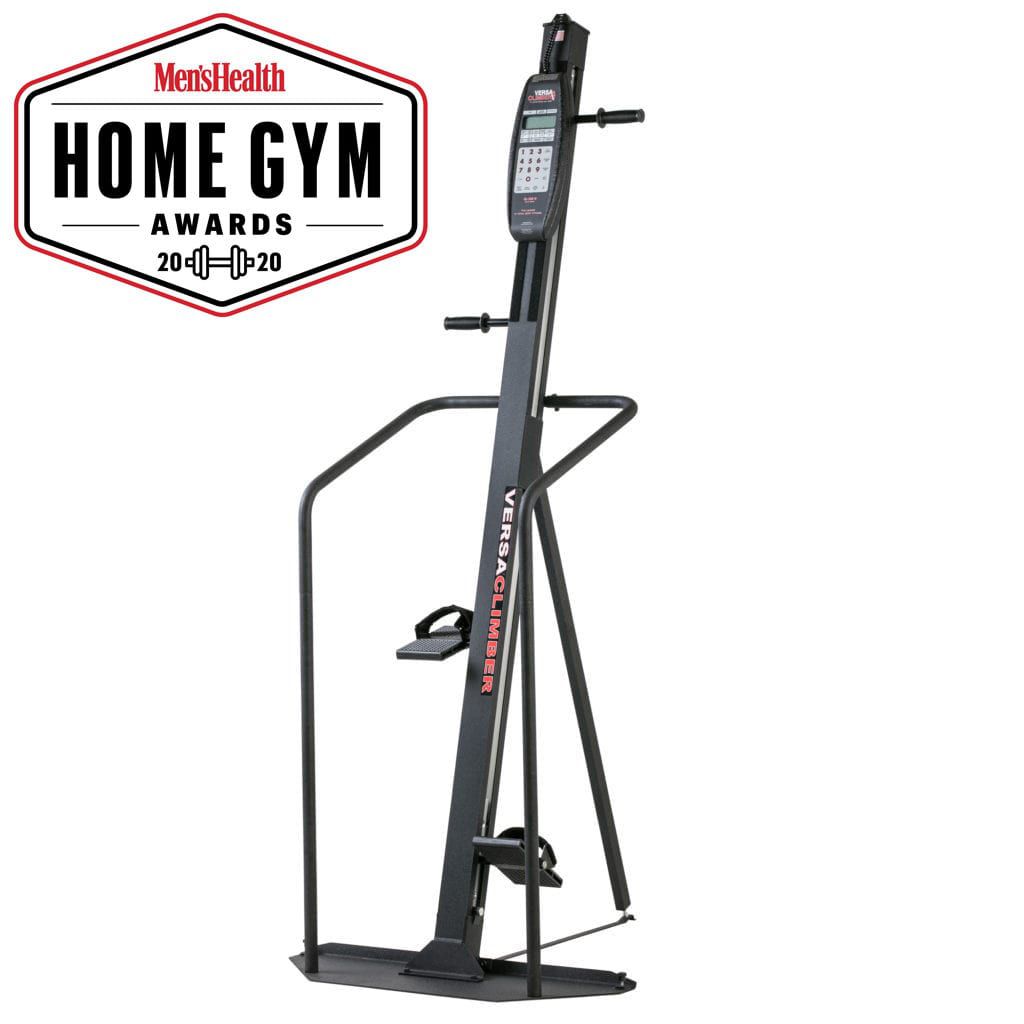 VersaClimber VersaClimber $2,095.00
Shop
What a Set Point Weight Means for Your Fitness Journey