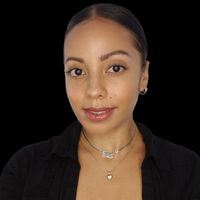 It’s the first of the major film festivals to hold a red carpet since the coronavirus has struck the world, making this year’s event extra exciting to see. From impressive hairstyles to masked faces giving a spotlight to eye makeup—the looks were diverse and plentiful. The festival which kicked off September 2 and runs through September 12, is sure to give us so much fall beauty inspiration.

See our top 8 favorite looks from the Venice Film Festival to hit the carpet so far.

Sunkissed locks and freckles to carry the summer vibes through Fall? The American actress is onto something here.

The Lebanese actress who was recently featured in Vogue Arabia gave a hair flip to remember with this picturesque '90s bob.

The Laila in Haifa star wore her hair in a soft updo that gave us all a peek at her toned shoulders. We say flaunt it if you got it.

The Israeli native brought loose waves to the red carpet to add more of a wow factor to her classic beauty.

The English actress and model displayed a head full of curls on the red carpet. Her bushy brows and berry pout also deserve honorable mentions.

The French actress may have been Louis Vuitton, but it was this effortless hair and makeup that really brought out her designer frock. She nailed the "I-woke-up-like-this" look.

The Victoria Secret supermodel served us three major beauty looks in one: stunning wet hair, a smoldering navy eye, and a glowy décolletage.

Linda's profile is a dream to look at on the red carpet. Her slicked-back mane is one you'll want to recreate.

Tilda's fiery coif always stands out, but she took her look to new heights for this festival. We stan a short cut with definition.

There's nothing like a good blowout. The model who hails from Argentina let her locks hang over one shoulder to show off her super sleek strands.

The contemporary dress designer may have most of her face covered, but we appreciate her bringing bangs to the red carpet.

The Spanish actress and model is giving Ariana Grande a run for her money with this sleek low-ponytail.

The Most Head-Turning Beauty Looks From the 2020 VMAs