What Is Vegan Beauty ? How to Prepare
What to Expect The Final Verdict

I tried being vegan once, and it was hard. I'm a self-confessed cheese fiend and believe that a weekend without some sort of egg-based meal is hardly a weekend at all, so needless to say, that experiment was short-lived. But vegan isn't just a word bandied about the foodie scene—it's a term that's seeping into every aspect of our lives, arguably most notably in the beauty sphere, with seemingly wades of new products launching onto shelves proudly wearing the term like a badge of honor.

In fact, according to a study in early 2019 research that estimates that there are over 6 million vegans in the United States—that's not including those who choose to adopt vegan habits without committing to a permanent lifestyle change. The rise in vegan lifestyles has spurred on a new class of vegan makeup brands and vegan skincare lines that are worthy alternatives to non-vegan formulas. So I decided to set myself a new challenge. Could I go a week using only vegan beauty products? Would I get the same dewy finish on my makeup? Would a vegan body lotion make the blindest bit of difference to these flaky shins?

I'll be honest—I was skeptical. Here's how I got on.

What Is Vegan Beauty?

So let's clear a few things up. What makes a beauty product vegan? Well, there are two standard criteria: The product and brand must not test on animals, and the product must not include any animal-derived ingredients or byproducts. That means no beeswax, animal furs, honey, etc., but to make things simple, we have a list of ingredients to watch out for.

Rather than starting from scratch, I chose to wade through my existing beauty arsenal to work out which products were vegan and which ones needed to be boxed away for the next week. But I also added in some new vegan beauty finds that I pillaged from the Byrdie beauty cupboard. If you're not sure where to begin, PETA has a complete list of beauty brands that are 100 percent vegan. But don't limit yourself, some mainstream brands have vegan products sprinkled through their collections, too.

Day 1: It's Saturday so I have a bit more time to prepare and sort out my beauty routine without having to rush out the door for work. I scour through my vanity, makeup bag and Muji drawers to find products that are actually vegan. I manage to pull together a makeup look using Kat Von D Lock It Foundation ($36); an Inika Mineral Blusher Puff Pot ($35), which is also halal; Inika Eyebrow Pencil ($22); and an Obsessive Compulsive Cosmetics Creme Colour Concentrate (which is sadly no longer available) for my lips, but you can try this lip color instead.

I don't seem to have a vegan mascara on hand, so I nab Benecos Vegan Volume Mascara ($13) from the Byrdie beauty stash. It has nothing on my favorite (non-vegan) Maybelline Lash Sensational Mascara ($10), so I don't think this will be a swap that lasts beyond a week. Although I've since realized that Too Faced Better Than Sex Mascara ($25) is also vegan—and incredible if you like the feathery lash effect.

The overall finish doesn't look like my regular makeup, and the formulas seem a little more wishy-washy than what I'm used to, so this will take some getting used to. I would like to give a massive shout-out to the Sara Hill Little Pop Concealer, though, which is vegan but super strength and makes light work of these hereditary dark circles. I'll be keeping it in my rotation beyond this experiment.

Day 2: In all honesty, I give myself some sort of facial every single day, but on Sundays, I tend to do the full monty, which means numerous masks, treatments, and serums to set my skin up for the week. Waving goodbye to some of my beloved favorites was hard, but as I have a healthy balance between natural and hard-hitting skincare products, my regular routine wasn't too far off my vegan target.

My first cleanse was with my usual Tata Harper Nourishing Oil Cleanser ($82), which isn't labelled as certified vegan, but a quick Google search revealed it doesn't contain any non-vegan ingredients. Glossier Milky Jelly Cleanser ($9) is another product from my usual routine that I was pleased to find is completely vegan. I really work this into the skin using a Konjac Sponge ($6).

A bit of research showed that Odacite has a range of vegan serums, so I got hold of the Clogged Pores Serum Concentrate ($36) and patted it onto my nose and forehead (where I tend to get blackheads). I followed that up with B. Radiant Eye Cream around the eye orbit, which was really cooling and sank in almost immediately. I gave those products a little while to do their thing before following with Uma Oils Ultimate Brightening Face Oil ($150), which, granted, is pricey, but it shakes off tired skin like nothing else I've tried. So much so that it's been the cornerstone of my skincare regimen for a while now. 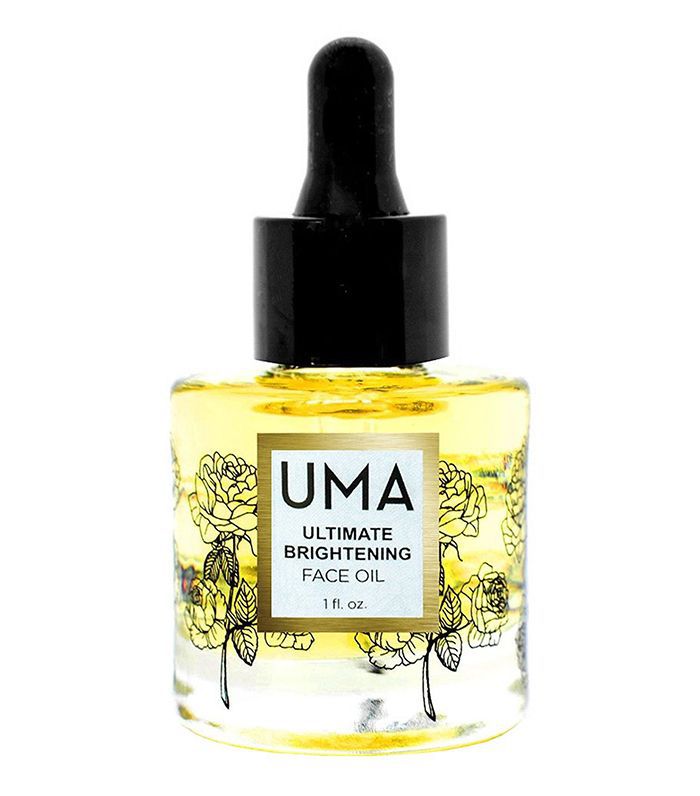 Day 3: Monday brings the first hair wash of the week, and I had to stop myself reaching for my usual shampoo and conditioner and instead use the opportunity to use a vegan brand I've been meaning to try: Maria Nila. I opt for the Structure Repair Shampoo ($27) and Conditioner ($27), which you can get really easily on Amazon. Both smell incredible but aren't quite as lightweight as my regular duo, so I make a mental note to squeeze out less next time.

The brand also does a pretty good mousse that feels light and fluffy, but once hair is dry, it gives it backbone. And rather than my usual serum, I switch to raw coconut oil, which isn't just vegan but is also as natural and as pared back as beauty products come. It doesn't have quite the same finesse as my usual serum, but the teeniest bit does give my curls a lot of shine.

Day 4: Being an idiot, I forget to check my makeup brushes—going vegan really does affect every corner of your makeup regimen, and as many makeup brushes are made using animal hair, it's actually a really obvious component of a vegan beauty diet. Thankfully I already have a few Real Techniques ones in my collection, as well as Spectrum Collections. Both brands are vegan and cruelty-free and are just as good at depositing product and blending as any animal-hair equivalents. 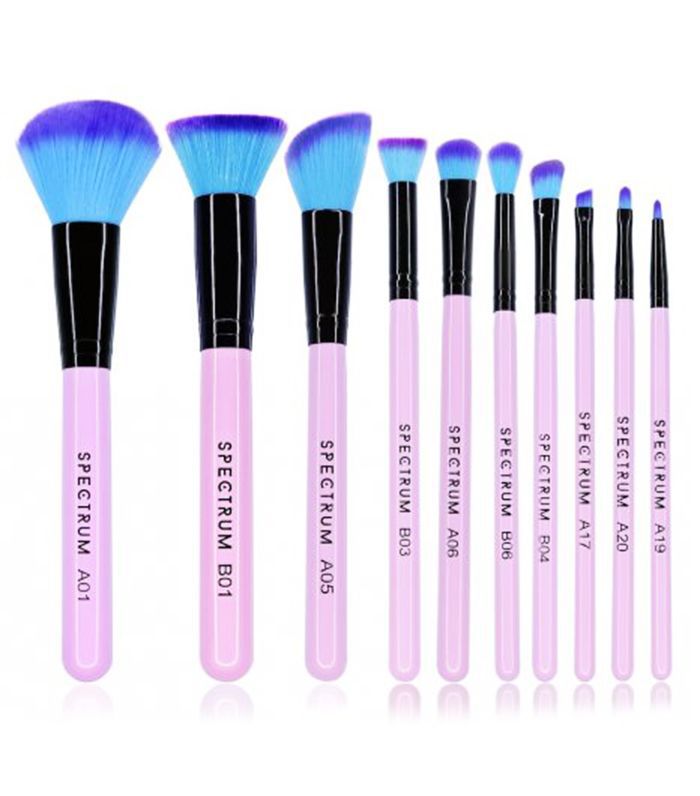 Day 5: I notice my legs have started to look a little bit dry thanks to the colder weather, so I use my body brush from Elemis to buff the dead skin cells off of my limbs. Careful here—like makeup brushes, some body brushes can contain animal-derived fibers, so watch out for that. I then top the moisture back up with my usual Kiehl's Creme de Corps ($30), which I'm happy is cruelty-free because I don't think I could part with it. 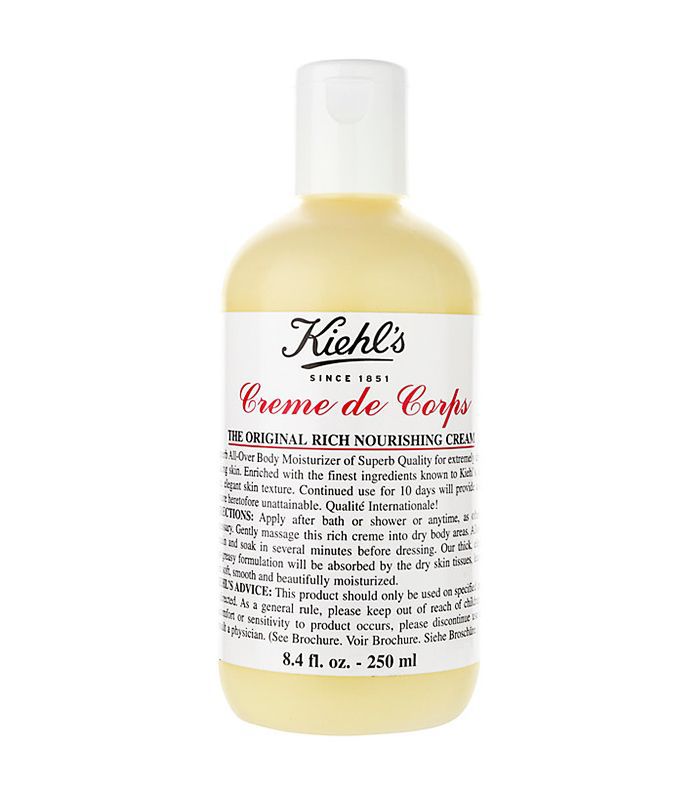 Day 6: Lip balm is one of the trickiest vegan products to get right, quite simply because you can quickly fall down the hole of thinking anything all-natural is vegan, too. The key here is to avoid all beeswax and lanolin-based formulas. I found an old tube of Green People Soft Lips Scent Free Lipbalm at the bottom of a handbag that became my best friend for this experiment, but I do really miss my usual Bobbi Brown Extra Lip Tint and Glossier Balm Dot Com ($12). I just don't think the vegan alternative protects lips in quite the same way, although many of the fanatics in the beauty Facebook groups I'm in like Lush's None of Your Beeswax Lip Balm ($25).

Day 7: I'm at the end of my experiment and I've realized the weirdest swap is toothpaste, as most regular supermarket brands aren't actually suitable for vegans, as they're often tested on animals. Dr. Bronner's Peppermint Toothpaste ($6) is vegan and so is Jason Natural Cosmetics Sea Fresh Toothpaste ($6), which you can get on Amazon, but by Friday, I'm begging to have my usual Sensodyne back. 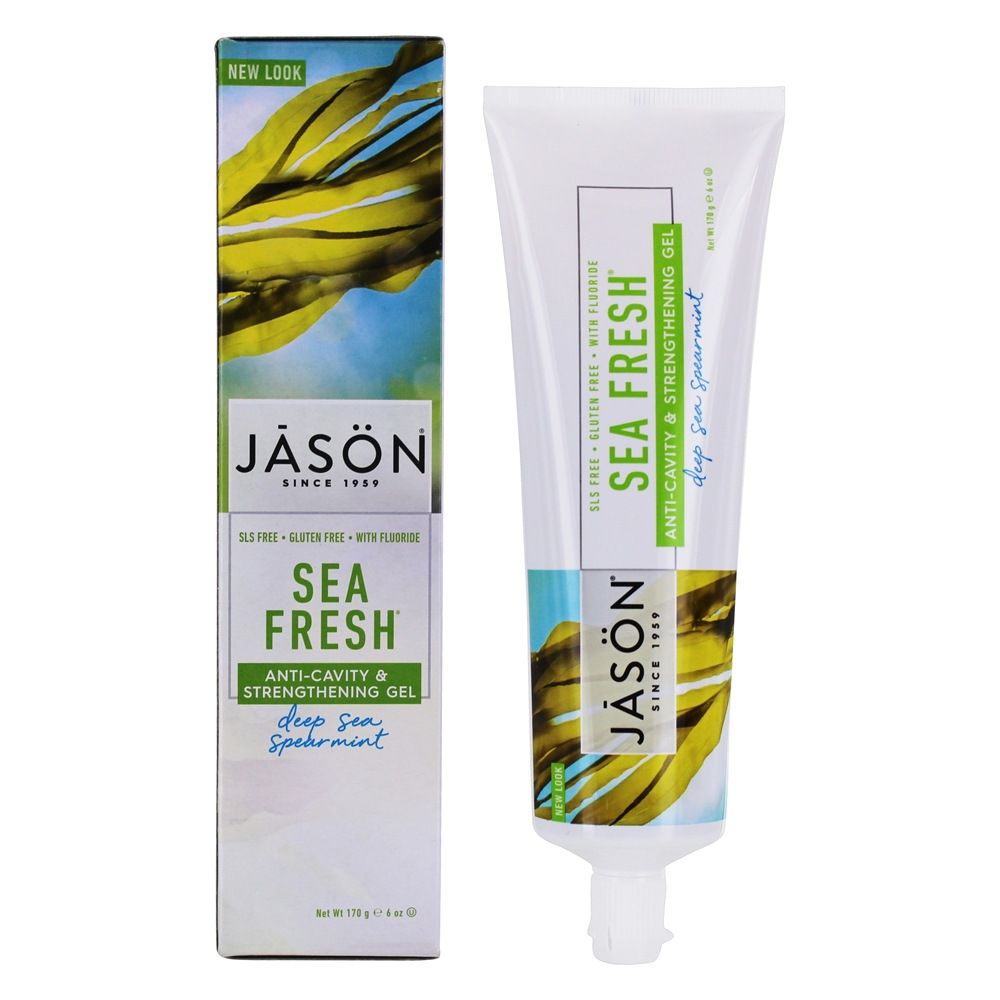 I was pleasantly surprised to find that a large chunk of my bathroom cabinet already fits into the vegan beauty diet, which made me realize that maybe going full throttle on this wouldn't be that hard at all. Skincare was definitely the easiest area. I love natural, organic products too, and while those buzzwords don't automatically mean a product is vegan, quite often they go hand in hand.

Makeup, however, is where I feel things went slightly awry. I wanted to believe in these vegan beauty brands, but I don't think I've quite found my perfect vegan makeup routine, so that will take some more experimentation. However, I did get news that Hourglass pledged to go fully vegan so I'll definitely be using more of these products. Oh, and the toothpaste. Yeah, I'm still not won over.

Next up: 5 things you're probably getting wrong about green and cruelty-free beauty.