written by
Aiden Arata
Aiden Arata is a freelance writer and co-host of the So Tired Lately podcast.
Byrdie's Editorial Guidelines
Aiden Arata
Reviewed by
Sara Twogood
Sara Twogood, MD is an obstetrician-gynecologist at Cedars Sinai with a passion for educating the public about female health and wellness.
About Byrdie's Beauty & Wellness Board
Sara Twogood
Obstetrician-Gynecologist

A few months ago, I found myself at the gynecologist’s office with a maddening, exhausting complaint. I knew that something was wrong, I told the receptionist when I made the appointment—but I didn’t know what, and I couldn’t say how long I’d felt that way. It wasn’t like I was in excruciating pain; I just felt slightly off. I was experiencing something subtle but ever present, the mildest burning or tingling sensation, so that I was constantly, if only barely, aware of the area down there. When asked how long these symptoms had persisted, I honestly—if a little embarrassedly—replied that it had been years. I couldn’t remember a time when my reproductive system felt normal.

I couldn’t shake that something wasn’t right with my reproductive health. That barely present tingling sensation lingered through aggressive campaigns of Monistat and cranberry juice, herbal teas and garlic suppositories. I scoured WebMD late into the night, diagnosing myself with obscure ailments and then remembered that it didn’t matter: Doctors had already determined that I was “fine.”

So when I recently recounted my subtle, yet strange symptoms to a nurse practitioner, I didn’t get my hopes up. Surprisingly, she told me that my symptoms sounded like those of a bacterial infection called Ureaplasma—something that, in spite of chronic googling and endless clinic visits, I’d never even heard of. A week later, when my test results for the infection came back positive, I knew I had to find out more: How common was this illness? And in over five years of regular gynecologist visits, why hadn’t anyone tested me before?

Adeeti Gupta is a New York-based obstetrician and gynecologist and the founder of NYC’s Walk-In GYN Care Clinic. Through her practice, Gupta educates women on vaginal and reproductive health.

Keep scrolling for all the need-to-know details on this shockingly common bacteria. 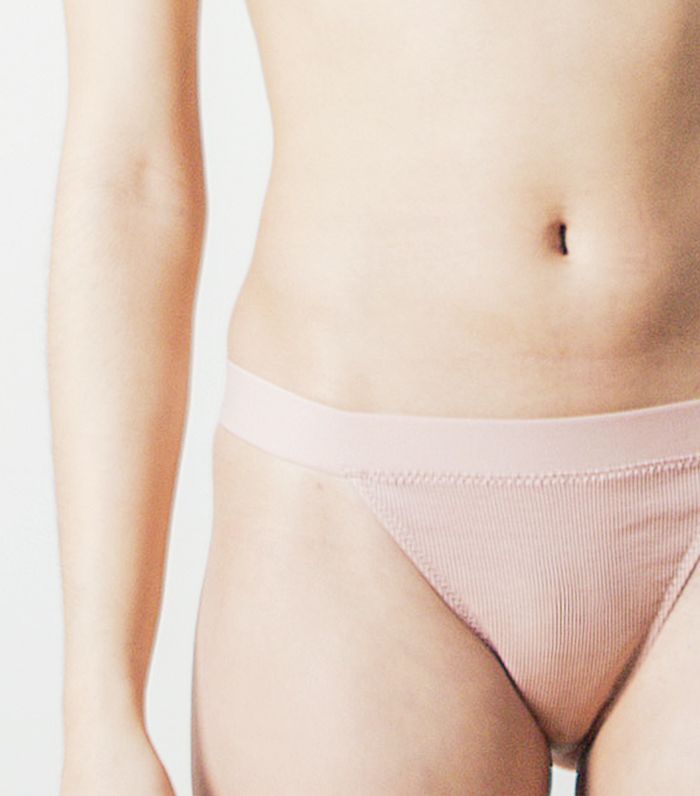 “Ureaplasma is a type of bacteria that is commonly found in the vaginal secretions of sexually active women,” explains Gupta. To be more specific, Ureaplasma is a subspecies of Mycoplasma, a bacteria that lives in mucous membranes. (Other types of Mycoplasma cause common illnesses such as walking pneumonia.) Untreated, a Ureaplasma infection can lead to chronic discomfort, pelvic inflammatory disease, and even complications during pregnancy.﻿﻿

How common are Ureaplasma bacteria?

The most surprising thing I learned about Ureaplasma is that, despite its obscurity, this ailment is far from rare: According to Gupta, the bacteria are “extremely common.” She elaborates, “by adulthood, approximately 80% of healthy women have Ureaplasma spp. in their cervical or vaginal secretions. The prevalence increases with increase in sexual activity.” Yep, that’s 80%.

It’s worth noting that while a Ureaplasma infection can cause serious vaginal health woes, it’s common for healthy women to have some Ureaplasma bacteria present in their vaginas.﻿﻿ After all, our nether regions are delicate ecosystems—it’s only when these florae are thrown out of balance that we feel unwell. Gupta elucidates, “most of the time, Ureaplasma does not cause any symptoms. However, in rare cases, ‘good’ bacteria like Lactobacilli and Acidophilli can become outnumbered by the ‘not so great’ bacteria like Ureaplasma.” 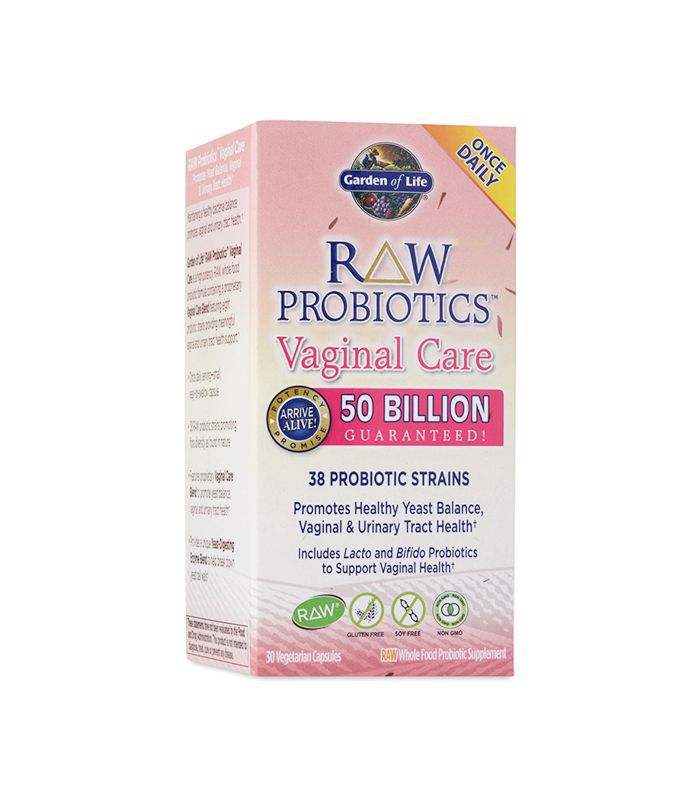 What are the symptoms of a Ureaplasma infection?

As I wrote above, the most distinctive symptom of my experience with a Ureaplasma infection was that it was unlike any other illness I had experienced; it was mostly an aura of irritation that grew into a full-on burning sensation after sex or when I really needed to pee. Gupta adds that some common symptoms of Ureaplasma infection are “greenish discharge, fishy odor, and/or vaginal itching. It’s important to note that these symptoms are usually caused by bacterial vaginosis or trichomoniasis.” In other words, an excess of Ureaplasma can lead to other reproductive health problems with more obvious symptoms.

This Product Claims to Stop Yeast Infections, BV, and UTIs—Here's How It Works

Why don't most typical exams test for Ureaplasma ?

Perhaps the most exasperating part of my years-long medical odyssey was how long it took to reach a diagnosis. Apparently, explains Gupta, there are actually a few good reasons doctors don’t include Ureaplasma bacteria in standard gynecological testing. “First, the prevalence of this bacteria is incredibly common in sexually active women,” she explains. “Second, and more importantly, there is little—if any—significant evidence suggesting that Ureaplasma is the culprit for painful vaginal infections.”

This isn’t to say that Ureaplasma is harmless. Instead, the theory is that Ureaplasma opens the door to yeast infections, UTIs, and bacterial vaginosis, so it often makes more sense to simply treat those illnesses.﻿﻿ During my office visit, my nurse practitioner explained that Ureaplasma was most likely the underlying cause of my recurring BV and UTIs; without eradicating my reproductive system of Ureaplasma bacteria, even the most intense remedies for these other ailments wouldn’t stick. As Columbia University’s health information resource Go Ask Alice puts it, “Ureaplasma urealyticum (UUR) is a common sexually transmitted infection that often does not cause symptoms, but can affect the urogenital tract.”﻿﻿ 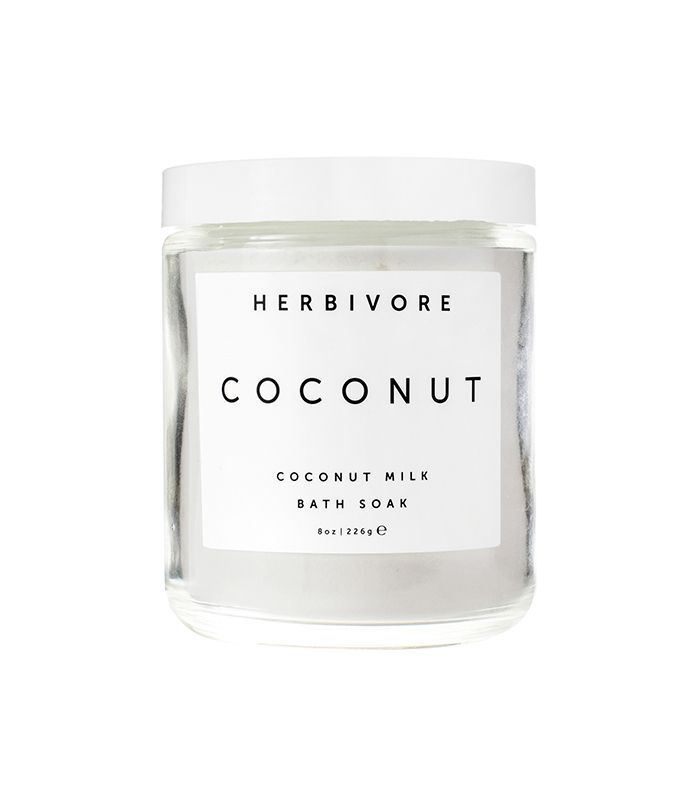 What’s the next step if you think you might have a Ureaplasma infection?

“Your gyn can request the test for Ureaplasma through a vaginal swab or through a pap smear if you feel that you have symptoms,” says Gupta. Because all Mycoplasma bacteria lack cell walls, they’re resistant to typical antibiotics and require specific prescription treatments.﻿﻿

As far as prevention goes, Gupta argues that control is key: “Ureaplasma cannot be completely prevented, but it can be controlled. The best way to control it is by maintaining a healthy vagina flora. A healthy vaginal flora can be maintained by taking quality, high-dose probiotics and avoiding douching or using medicated vaginal washes.”

While my strict regimen of special antibiotics worked its magic, I sought temporary relief in hot baths with natural, mega-gentle soaps. My nurse practitioner also suggested that I forgo sugar for a few weeks to alleviate any inflammation in the area,﻿﻿ a request that I first considered impossible, and also insane. Weeks later, however, I have to admit that she might have been right.

Finally, Gupta adds, “Being diligent about genital hygiene is also key—if you’ve been at the beach all day, or if you just worked out, you should hop in the shower right away. Avoiding too-tight clothing and wearing cotton underwear also go a long way.”

8 Things a Gynecologist Wants You to Stop Doing During Your Period
Article Sources
Byrdie takes every opportunity to use high-quality sources, including peer-reviewed studies, to support the facts within our articles. Read our editorial guidelines to learn more about how we keep our content accurate, reliable and trustworthy.