The Death of Trends: How the Beauty Industry Is Redefining Our Culture of Cool

In August of 1998, an article in Allure magazine pronounced that bold, messily applied lipsticks in plums, berries, and browns were the next big trend in lip color. Images of celebrities like Cindy Crawford, Mira Sorvino, and Catherine Zeta-Jones were plastered throughout its pages, their rich red and purple pouts blurring outside the lines, as predicted. A few months later, runway models from Comme des Garçons and Katherine Hamnett walked down the spring/summer catwalks at fashion week sporting the same bold, grungy lip looks reported by Allure. And the following year, in 1999, MAC launched what would become its all-time most iconic lipstick, Ruby Woo (a "very matte vivid blue-red"), securing the daring, cool-toned '90s red lip in the trends hall of fame forever. To this day, a MAC Retro Matte Lipstick in Ruby Woo is sold every four minutes, inspiring '90s nostalgia each time.

As recent as 15 and 20 years ago, this was how beauty trends were born: From the bouffant hairstyles of the '60s to the Technicolor eye shadow of the '80s, trends started at the top—on runways and in magazines. The lifespan of a beauty trend began backstage at fashion week with makeup artists' creations; these products and looks were then reported by an elite fleet of beauty editors, popularized by celebrities on the red carpet, and finally, they reached the masses. Trends began only in these few, exclusive arenas, so they were easy to keep track of; thus, anyone with an interest in them followed along, knew exactly what they were, and flocked to makeup counters and salons to pick up the indigo lipstick they saw on Cindy or the heavy bangs they loved on Heidi Klum. As beauty writer Sarah Brown wrote for Business of Fashion in 2017, the backstage makeup scene at New York Fashion Week 15 years ago was "a magical, secret world few had ever seen. … It was a different time. … Trends trickled from the catwalk to the street, instead of vice versa."

Is the "Trends" Culture Over?

Over the last five years, however, makeup artists and hairstylists have begun denouncing trends altogether, or at least their role in setting them. "I get inspired by everyone around me and by the beauty and things I see every day—I don't necessarily sit and think what is the trend I want to set," says Patrick Ta, one of today's most looked-to celebrity makeup artists (he flaunts almost 950K Instagram followers and a robust client list including Gigi and Bella Hadid, Shay Mitchell, and Olivia Munn). "It's a very organic process for me."

Additionally, as backstage makeup artists and hairstylists continue to deliver season after season of "clean skin," "no-makeup makeup," and imperfect "real-girl" hair, there appears to be an overall shift in the culture of beauty trends toward embracing an inherently less "trendy" sense of individuality. "People aren't looking to magazines … to tell them what's 'trendy' or 'cool' anymore, but rather as sources of inspiration for them to decide on their own—or at least, that's what it seems," comments Byrdie's editorial director, Faith Xue. Patrick Ta agrees: "What we can tell is that what's cool now is dictated more by 'normal people' (read: street style, YouTubers, and other influencers) rather than unapproachable fashion runways or magazine spreads like back in the day." These changes in how we choose "what's cool" beg the question: In 2018, does anyone care about trends anymore? Are widespread beauty trends becoming obsolete? And if consumers no longer care about following trends, or learning about them in magazines or on runways, then how do they decide what to buy, how to apply, and who to aspire to be like?

Beauty industry insiders agree that wherever our cultural attitude toward trends is going, the internet is pulling the leash. "Ten years ago, people consumed content in a completely different way so trends were more streamlined," comments Aaron Grenia, co-founder of IGK Haircare, a stylishly packaged (and highly Instagrammable) hair product brand that launched last year. The theory is that because both social media and the beauty market itself are becoming so saturated with new brands, products, influencers, and looks (unicorn hair, rainbow highlighter), trends have become more niche and diverse. This allows consumers the chance to find something that specifically speaks to them, instead of being forced to copy Heidi Klum's heavy bangs, like everyone else. ("Honestly, most people didn't look good in that look," remembers Andrew Carruthers, director of education for hair tool brand Sam Villa, of the popular early 2000s trend. "But we cut them on everyone because it was such a huge trend and clients were demanding them! That barely lasted a year and it was on to the next.")

According to Carruthers, because most of the beauty consumer market is made up of millennials, who not only spend so much time on social media but also highly value personal expression as a generation, following widespread, mainstream beauty trends in order to look like the one cool thing of the moment doesn't connect. "Consumers are much less concerned about beauty trends these days partially due to the millennial-driven focus on individuality and heavily driven by the diversity of social media," he says. Grenia agrees: "I think authenticity is key today, and … consumers aren't [easily] fooled."

But even the definition of the word trend itself is under construction. Merriam-Webster defines the phrase as "a current style or preference," which, when Carruthers was giving everyone Heidi Klum–esque fringe in 2002, meant something that could last a whole year. That version of trends no longer exists: Today, because of how fast-paced and reactive the internet is, the "current style or preference" everyone is obsessed with might only last a day. "Trends now have shorter lifespans and less of a cultural impact than they did before because we are now overstimulated with constant newness," explains Georgie Greville, creative director for Milk Makeup, a brand founded on the concept of self-expression that has been masterfully capturing the spirit of millennial beauty consumers since its launch in 2016. "You can link it to the demise of glossy magazines, which used to dictate the trends that everyone followed. Now, trends are dictated by millions of influencers and what exists in Instagram feeds."

While makeup artists and hairstylists who've been around for decades might interpret this beauty climate as less trend-focused, ask a 20-something influencer, and they'll likely report just the opposite. "I believe people care and are following trends more than they did 10 years ago," says up-and-coming beauty Instagrammer and YouTuber Sarah LaPierre. "There are definitely the short-lived gimmick trends like squiggly eyebrows, for example, but overall I think beauty trends are still very relevant."

The way LaPierre explains it, consumers are exposed to new trends and looks through the influencers they choose to follow during their daily scrolls, and this inherently makes them seem more attainable, and therefore more impactful. "These influencers have the ears and eyes of the largest beauty brands and in many cases are setting the trends themselves," she says. "Brands are allowing influencers to create their own products and lines based on what they love. In this way, I think the brands are also setting trends."

Greville concurs that consumers are looking more and more toward influencers and brands they connect with on a personal level, even smaller ones that don't have millions of followers, to decide how to shape their beauty routines.

"More than ever, people are able to articulate themselves and their individual taste, so they can pick and choose what trends resonate with them," she says. "Consumers have been niche-ifying beauty culture for some time now, which is represented by the staggering number of new, niche beauty brands you are seeing out there gathering cult followings." Think Glossier, Rituel de Fille, and RMS. "Rather than the trends dictating the brands, now the new brands are the trends."

What all industry professionals can agree on is that while consumers may no longer look to magazines and runways for wide-sweeping trends, the concept of pursuing what's current will never be obsolete. "What happens in salons is no longer dictated by hard-core trends that change from year to year, but guests are still wanting what is cool," says Carruthers.

Both experts and consumers can see that in 2018, there is at least one definition of "cool" visible throughout the beauty industry: individuality. "Right now, it's trending to do your own thing and be your own person, whatever that looks like," analyzes Jesse Montalvo, a beauty consumer and member of Byrdie's private Facebook group, The Beauty Line. "The emphasis on trends and fads may seem muted, but I don't think they'll ever become a thing of the past." As LaPierre puts it, "While I agree more brands and people are encouraging us to be individuals, isn't that a trend itself?"

Makeup artists and hairstylists still play a role in shaping the beauty space, of course: Surveys we've conducted at Byrdie show that readers trust these experts specifically for beauty tips and advice over brands and influencers. And most of them are glad to serve that role—to take a step back from the hard-core year-to-year trend culture and have the chance to be a little more creative with their work. "There is no way to predict where this will lead," says Carruthers, "but for now, it's fun to be … in a world where your hands are untied from super-specific trends."

Shop some of the brands mentioned below! 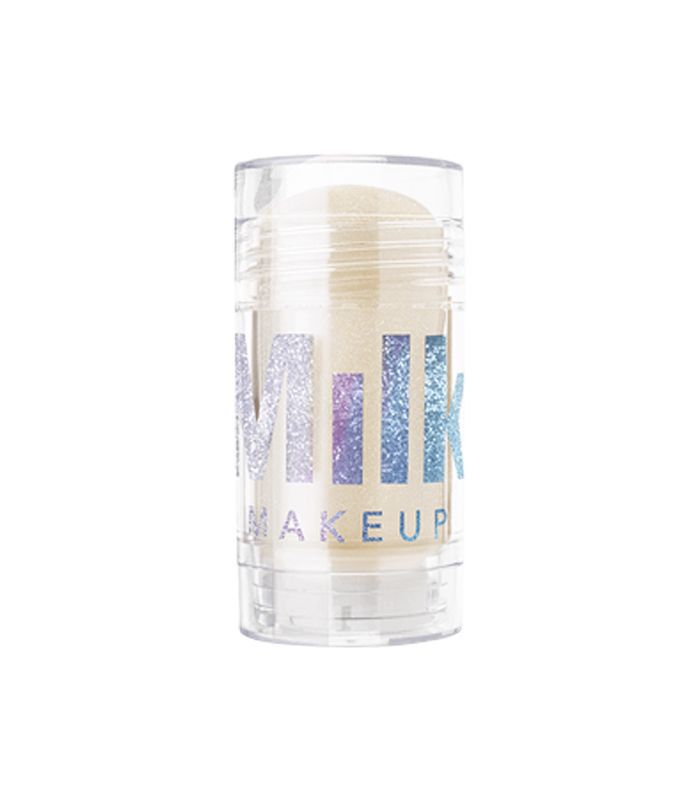 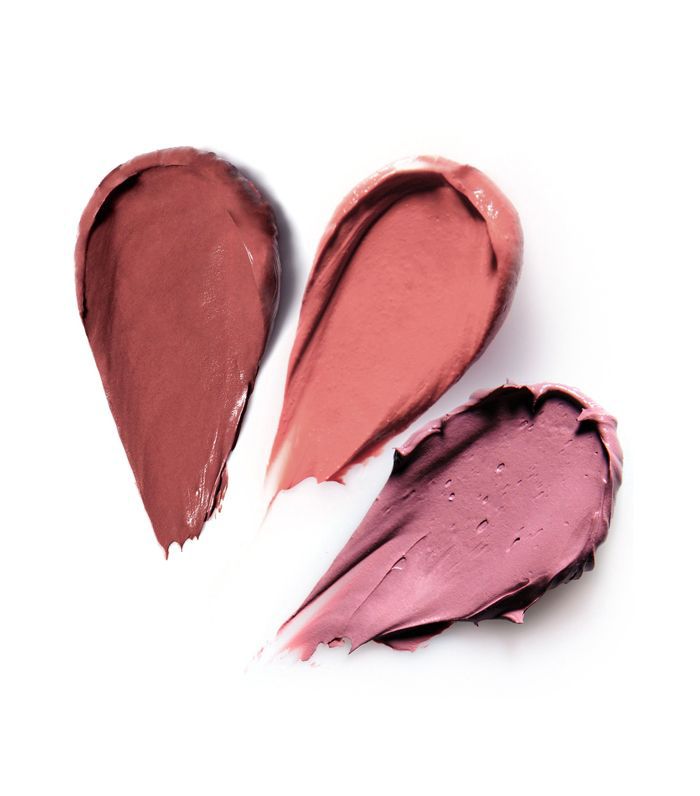 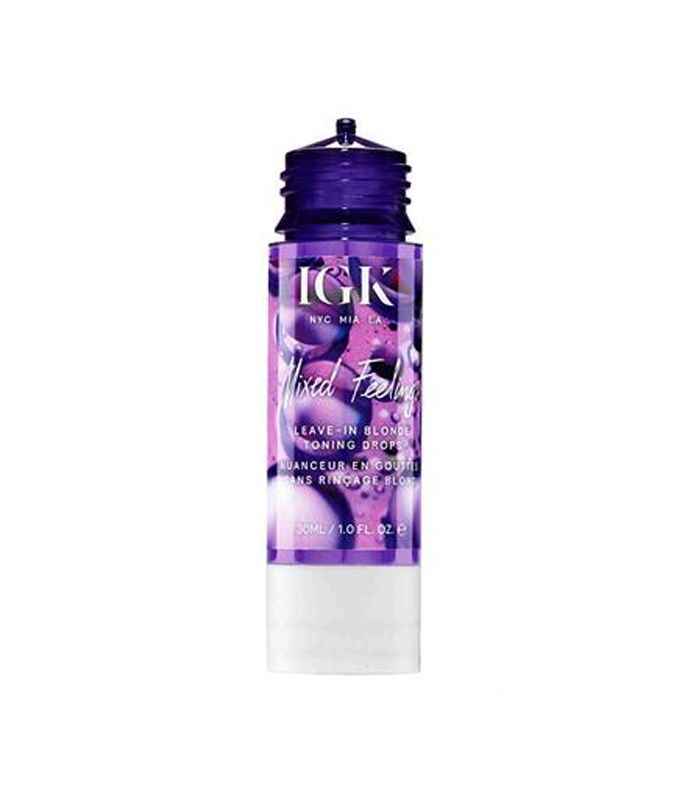