6 Trans Models Who Are Changing the Beauty Space 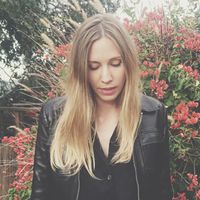 Mary Peffer
Mary Peffer served as a weekend editor for Byrdie from 2014 to 2016. She has also contributed to Refinery29, NYLON, and StyleCaster.
Byrdie's Editorial Guidelines
Lindsey Metrus

Lindsey Metrus
Lindsey Metrus is the editorial project director at Byrdie and has been with the brand since 2015. Her work also appears in BuzzFeed, StyleCaster, and Yahoo.
Byrdie's Editorial Guidelines

"I'm more comfortable than ever. I feel at 100 percent." — Andreja Pejic, to People

Pejic was already a successful model—having walked the runway for Gaultier and Marc Jacobs—when she decided to transition, despite the risk to her career. Andreja is perhaps the best example of a working model after her gender-confirmation surgery: She has since appeared in both W and Vogue, walked the Giles F/W 15 runway, and landed a major contract with Make Up For Ever. She has named photographer Steven Klein, whose work was also featured in the book "W: Stories" ($27), as a close friend and supporter in the industry.

"When a person has gone through the journey of finding and pursuing their most authentic self and shares that gift, for me, that's beautiful." — Geena Rocero, to Allure

After being signed to NEXT Model Management 10 years ago, Rocero gave a TED talk in 2014 sharing her journey with the world. The video, "Why I Must Come Out," has gotten more than 2 million views, and her story has helped educate people on what it means to be born transgender.

"I didn't want to live my life for other people anymore. Even though that was to deal with surviving after domestic violence, it helped me with my own transition." — Isis King, to MSN
She was homeless at the time, but King was cast as the first transgender contestant on "America's Next Top Model" after a homeless-themed photo shoot for the series. King moved on to become the first transgender model for American Apparel. Both New York magazine and the creative director of Barneys have publicly applauded King for her graceful navigation into the spotlight despite harsh criticisms.

Yasmine Petty, a transgender model, has walked runways alongside Naomi Campbell and Karolina Kurkova. Makeup artist Pat McGrath utilized her as an ambassador for her Skin Fetish 003 launch. But before establishing herself in the industry, Petty would book gigs until agencies discovered she was transgender, to which the use of her photos would be denied. Petty's journey is a window into the progression of transgender individuals in media: While the mainstream has become more accepting, we still have major strides to make.

In the larger picture, we're lagging. But individually, it's inspiring to see trans models trailblazing their way through the industry, landing major campaigns and covering magazines, and, of course, clearing the path for others. Below, take a look at some of the most successful transgender individuals who are redefining what it means to be a model.

"I consider myself a girl only because of the world we live in. For example, if I wear a skinny jean, a crop top, and makeup, people see me as a girl, so I feel obligated to say I am a girl. But I would rather live without definition." — Stav Strashko, to Teen Vogue

Scouted at the age of 16 in Tel Aviv, Strashko swiftly climbed the ranks as a top model, walking in shows like Marc Jacobs and Diesel, but the journey wasn't always smooth—she recounts having to prove herself to people who "[didn't] understand" or weren't accepting of her. Today, though, she's one of the most sought-after models in the biz.

"We are not all the same; we don't need to have all the same prototype. In beauty, when there is a prototype, you become [obsessed with] this icon, of this canon of beauty. But you need to see inside the person." — Lea T, to The Cut

Lea Cerezo, better known as Lea T, shot to stardom after her friend and designer Ricardo Tisci cast her in a 2010 Givenchy ad campaign (the T in her nickname stands for Tisci). She later nabbed a role as the face of Redken, making her one of the first transgender individuals to be the spokesperson for a major beauty brand. But it's not so much about the modeling for Cerezo and more so about being fulfilled: "It was more like, I can have a chance to pay my rent, pay my surgeries, and do my things to live with my serenity and peace."

"Beauty is experienced differently for men and women, and I've only had about a year and a half to figure out how to feel beautiful as a woman. Beauty culture is scary and painful. I'm still learning how to feel comfortable in a beauty I define for myself—or hope to, eventually." — Hari Nef to Allure

Nef is the first transgender model to be signed by big-league agency IMG (who reps models like Gisele and Gigi). She was also cast in season two of "Transparent" and The Drums's music video "There is Nothing Left." In addition to modeling, Nef is also a writer and activist: she's written pieces for Dazed, Vice, Original Plumbing, BlackBook, and Adult magazine.

To learn more about the transgender community, visit GLAAD.