How Do I Treat My Peeling Nails?

Back in the day, nails were more than just fashion accessories. Early humans used them for digging, defense, and grooming. As the conveniences of modern life precluded those needs, nails became something we take care of, rather than the other way around. One thing hasn't changed, however: Your nails can indicate the general state of your health. So before you treat your peeling nails with the following remedies, check your toenails, too. If they're also peeling, see a doctor to rule out health-related causes such as iron and other nutritional deficiencies.

First thing to ask yourself: Why are my nails peeling? According to cosmetic dermatologist Michele Green, peeling nails (also referred to as onychoschizia) is a disruption in the nail caused by trauma, peeling of nail polish, filing the nail too much, and wearing false nails such as press on or acrylics. Thankfully, there are ways to remedy them.

Michele Green is a cosmetic dermatologist based in New York City.

Ahead, check out seven fixes for peeling fingernails.

Boost your intake of iron- and biotin-rich foods like avocado, whole grains, eggs, cauliflower, and lean meats. Lean meats, in particular, help build strength in the nails, making them less susceptible to peeling, breaking, and bending. Plus, you'll reap more than just nail benefits with such a diet—it can give you more energy and keep you full for longer, too.

Take a Multivitamin for Strong Nails 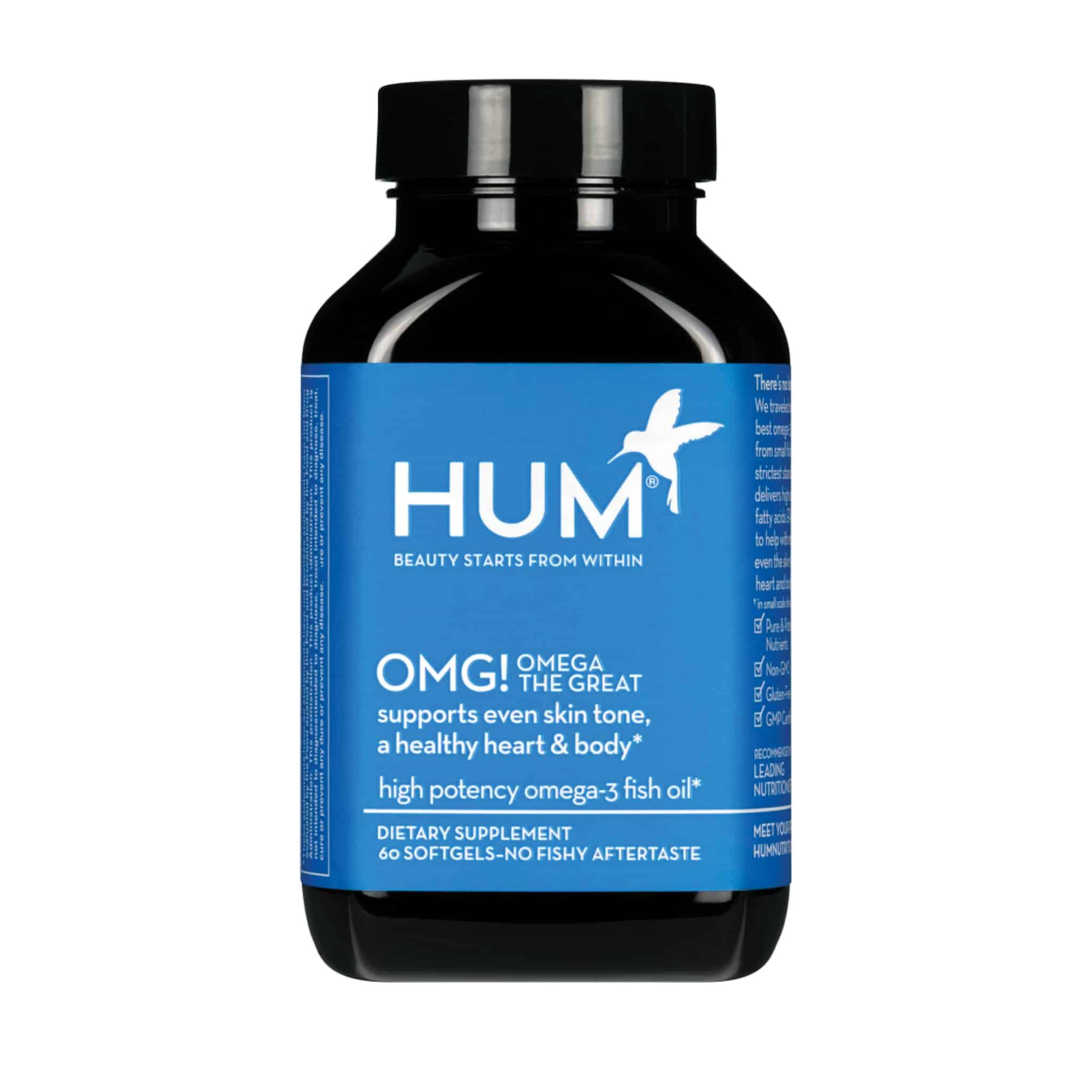 Other nutrients found in vitamins can help build your nails' strength, as they work together with each other and with the foods you eat to keep all your body systems humming. "Vitamin A, C, E, as well as B vitamins such as B6 are excellent for nail health," says Green. "Supplements such as keratin is great for nail growth as it strengthens the nail and increases its density." And if you're looking for something to revive dull nails, fish oil can help make them appear shiny. Plus, it serves as an effective anti-aging supplement, as the omega oils found in fish oil stimulates collagen production. "These vitamins are all essential to nail growth as they strengthen the nail matrix, which [ultimately] helps the nail grow," notes Green. 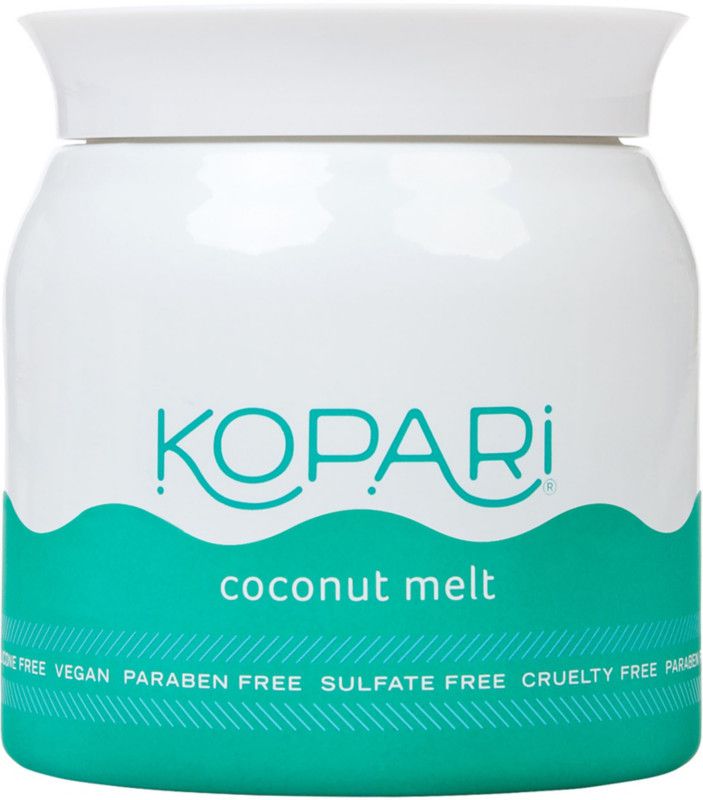 "Massaging essential oils such as coconut and olive oil into the cuticle and nails creates a protective barrier by offering hydration," notes Green. "This also locks in moisture to prevent brittle nails and dry cuticles." Coconut oil has antibacterial and anti-fungal properties, and can slow the growth of nail fungus. Olive oil, as Green states, contains major antioxidants that help protect the nails. "It helps restore skin smoothness and protects the nails from ultraviolet light," she explains. It's also rich in vitamin E, omega 3 fatty, acids and other nutrients that help to maintain and lock the moisture to prevent dryness.

To create the soak, pour a few teaspoons of oil into two small bowls (melt the coconut oil for just a few seconds in the microwave), moisten your nails a bit, stick them in the bowls, and switch on your latest Netflix binge for 20 minutes.

Use a Gentle Nail Polish Remover to Retain Moisture 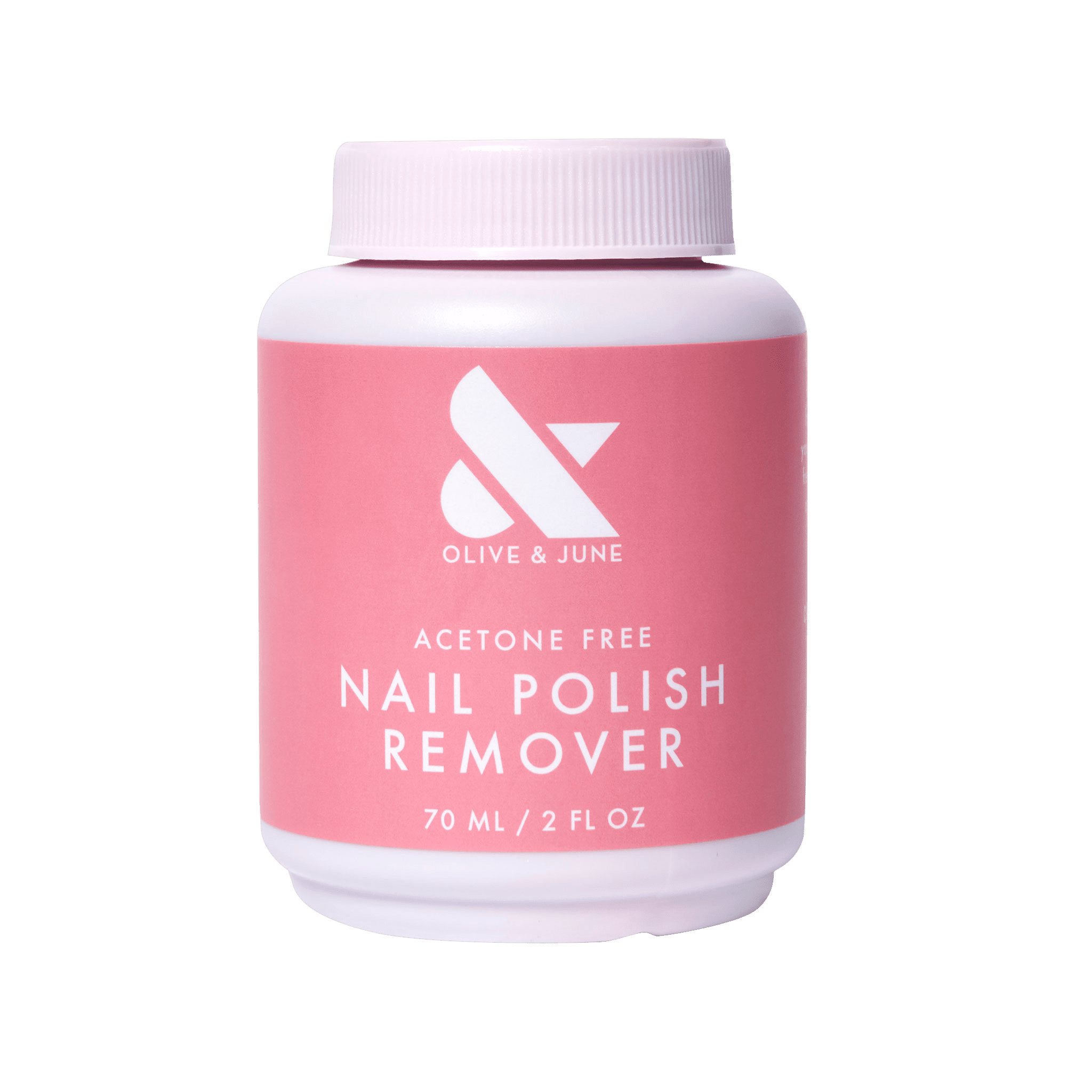 Peeling nails need all the moisture they can get, and acetone-laden nail polish removers don't do nails any favors. "Acetone, which is found in most nail polish removers, is very drying and strips the nails of its natural moisture," she says. "Acetone-free removers, however, get the job done without stripping the nailbed of essential moisture." Especially effective if you have sensitive skin, dip your mani into this remover from Olive & June—it'll only takes a few seconds to take off your polish (and shock you that it's acetone-free). 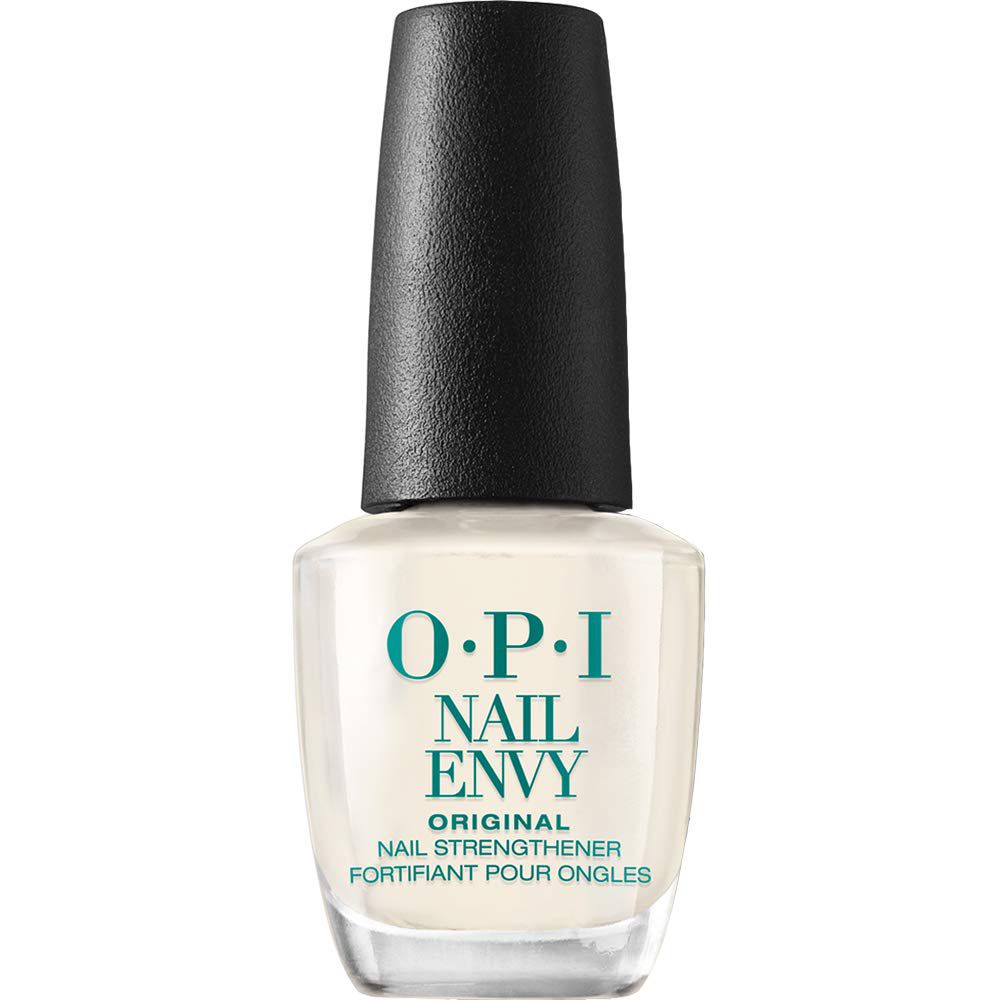 Nail hardeners can work wonders for peeling nails. Not only do they help support the nail and protect it from peeling, but many are also made with nutrient-rich formulas that offer up other benefits like moisturizing, strengthening, and protecting. Try this one from OPI—it's formaldehyde-free and contains aloe vera, (which works to rebalance sensitive skin and nails), calcium (to help strengthen), kukui nut oil, and vitamin E, (which prevents nails from peeling).

Lay Off the Manicure to Avoid Nail Fungus

"The inability for the nail bed to breath as a result of the barrier of the nail polish puts you at risk for developing nail fungus," warns Green. "You also put yourself at risk for developing a skin or nail infection due to the filing down of the nail bed." Going au natural also reduces the drying effects of harsh chemicals found in most nail polishes. And without a layer of polish blocking the sunlight from getting to your nails and cuticles, you'll reap the cell regeneration benefits of going polish-free. 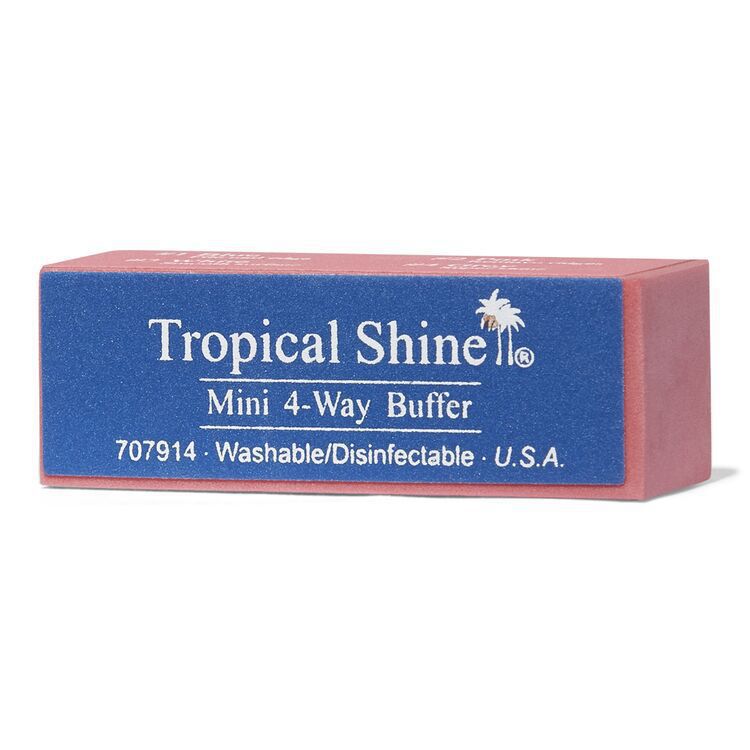 Nail buffers can help smooth out rough edges so that they don't catch so easily. Use gentle, steady movements to remove ridges and create a soft surface on the nail bed. We love this four-way buffer from Tropical Shine because it has four levels of grit, ranging from coarse to extra fine, and has a cuticle protection edge.

Buffing should be done in one direction. Moving the buffer back and forth in the opposite direction can weaken your nail beds and make peeling more likely. 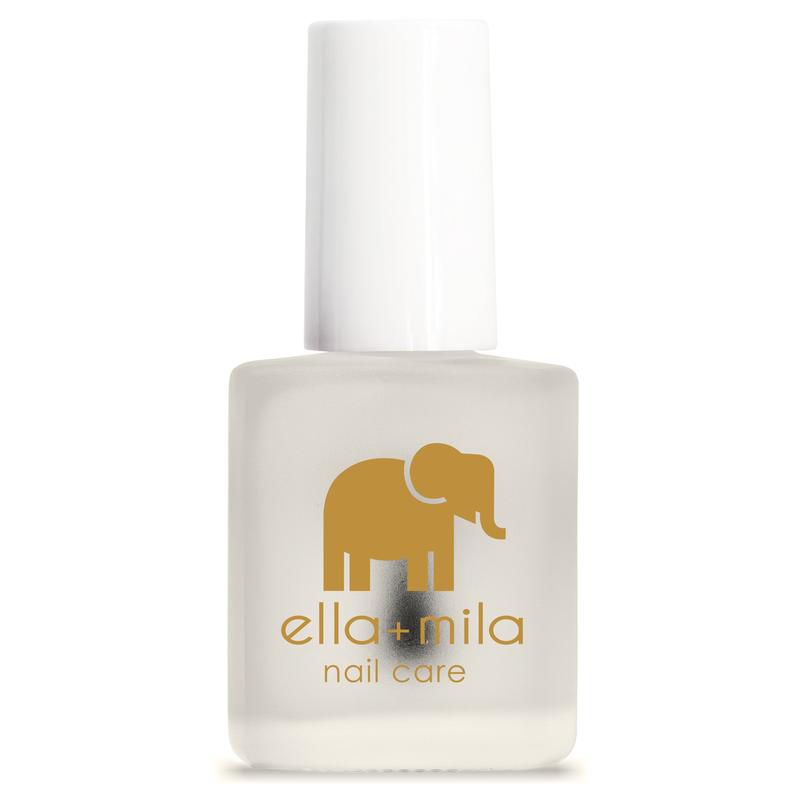 While nail biting doesn't directly lead to peeling nails, it's a habit that can cause other nail issues to arise that could lead to peeling nails, like infection. "Nail biting can cause infection of the nail and can put you at risk of spreading germs to your body," says Green. "This puts you at risk for other health issues due to the exposure of bacteria and viruses which can be trapped on your fingers and underneath your nails." To kick the habit to the curb, try this treatment by Ella + Mila—it's formulated to taste bad with the goal of deterring you from getting your nails anywhere close to your mouth.

Gel polish may last longer than traditional polish, but Green advises that the process could be detrimental to your nails and lead to peeling. "Gel manicures require UV light to set the gel, and the risk of UV light can be just as damaging to the nail bed as UV light from the sun," she says. "In addition, gel manicures can cause nail fungus. You also put yourself at risk for developing a skin or nail infection due to the filing down of the nailbed." Instead, go for a super strong top coat like Seche Vite's Dry Fast Top Coat ($10) and wear gloves anytime you're washing dishes to maintain the life of your mani.

How to Dissolve Stubborn Cuticles at Home