"This is as bioavailable as it comes."

As much as I understand the value of slowing things down and making time for self-care, I don't always practice what I preach. Like many of us, I'm prone to putting off "me" time in favor of just about anything else—which leads to skimping on sleep and staring too long at screens. And while drawing a hot bath or beginning my day with yoga are certainly practices I'd like to incorporate into my regular routine, the reality is I just need something that only takes a few minutes (and almost no effort). And if that thing also tastes delicious, is lovely to look at, and boasts a handful of health benefits, even better.

I recently came across The Qi (it has the same pronunciation and meaning as "Chi," but spelled in the traditional Chinese way), a wellness line inspired by ancient Eastern healing wisdoms and centered around the act of making and drinking tea to stay present. But these aren't just any teas. The Qi is a line of flower teas. Rather than a mix of tea leaves and herbs in a tea bag, the whole flower is used in your hot water for a delightfully beautiful (and super-Instagrammable) experience. To learn more about The Qi and how to incorporate this ancient wellness ritual into everyday life, I chatted with the brand's founder, Lisa Li. 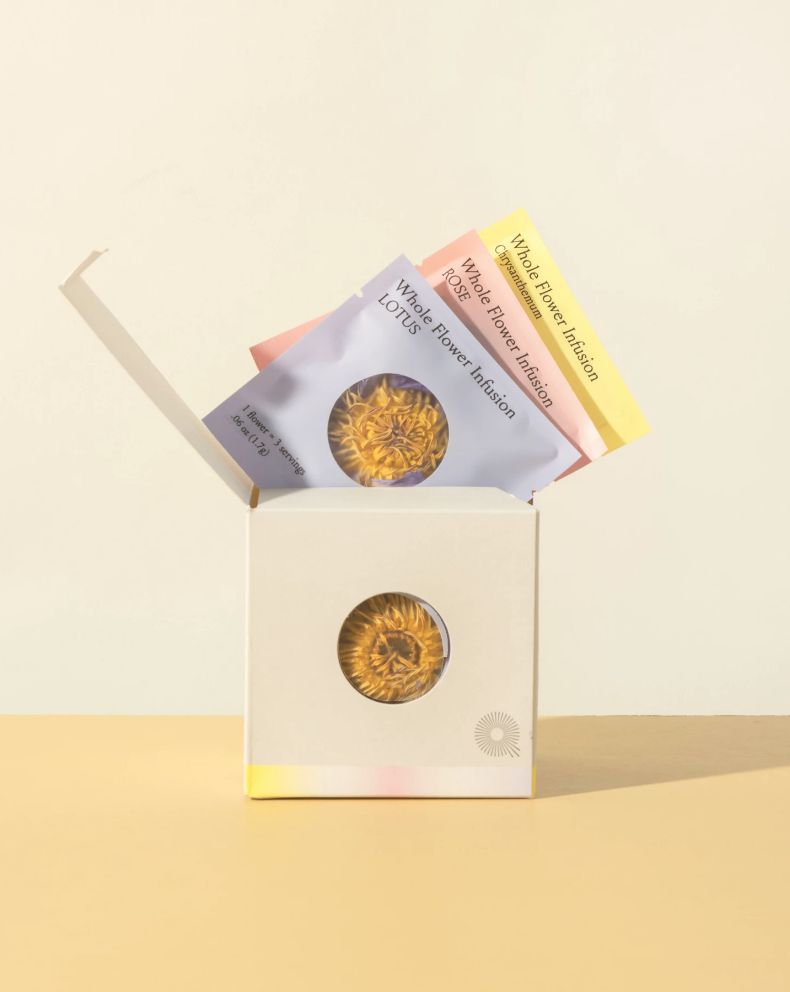 Born in China in a small city northeast of Beijing before moving to Vermont, Li remembers holistic and herbal remedies being a part of the culture, noting she was raised to understand "a very different way of approaching wellness as compared to the U.S." Fast forward through 10 years of working in fashion, Li found herself stressed out, burned out, and in need of change. "I knew of all of these things I grew up with and I was finding my way back to how I could make myself less stressed," she recalls of this turning point. Fortuitously, a trip back east helped her get back in touch with the ancient healing wisdoms she grew up with.

"I took a trip to Shangri-La, in the northwestern Yunnan province of China, and I came across these roses the locals drink," Li remembers. "They're so beautiful, they're so tasty—the experience was nothing like anything I'd done before. They don't really exist here. That was the beginning of this whole journey." Li says she felt she had a responsibility to bring it to the States so people could enjoy it, especially in a way that was very accessible, high-quality, and simple. "A few of the things that make ancient Eastern holistic wellness difficult to adopt is it can be overwhelmingly complex or people don't understand how to reap the health benefits," notes Li. "Those are the pillars of why The Qi started."

The Qi offers three teas, called Whole Flower Infusions: Shangri-La Rose, Royal Chrysanthemum, and Blue Lotus. I'm most impressed by the latter, which boasts several health benefits—increases blood circulation because of its iron and copper levels, supports mental function due to zinc, aids digestion because it contains a lot of fiber, reduces stress thanks to its high vitamin B content, and even promotes collagen generation. "The lotus, in general, is really an amazing plant," describes Li. "All parts of the lotus are edible." The flowers can also be used to top salads—a beautiful and delicious way to tap into the same health benefits.

Li personally has used the teas to replace dessert at the end of a long day. "This has been a nice alternative to that," she admits. "I'll add honey to my flower tea ritual, maybe I'll add goji berries. Recently I've been doing journaling so I'll have a cup of flower tea while writing something down—that has been really wonderful, really nice to just unload my day." Accessibility in mind, Li wants the practice of incorporating the ritual to be something someone looks forward to. "If you can marry something that's good for you with an experience that's also really delightful in all aspects, the whole idea is we want to do more of it because it's so enjoyable." 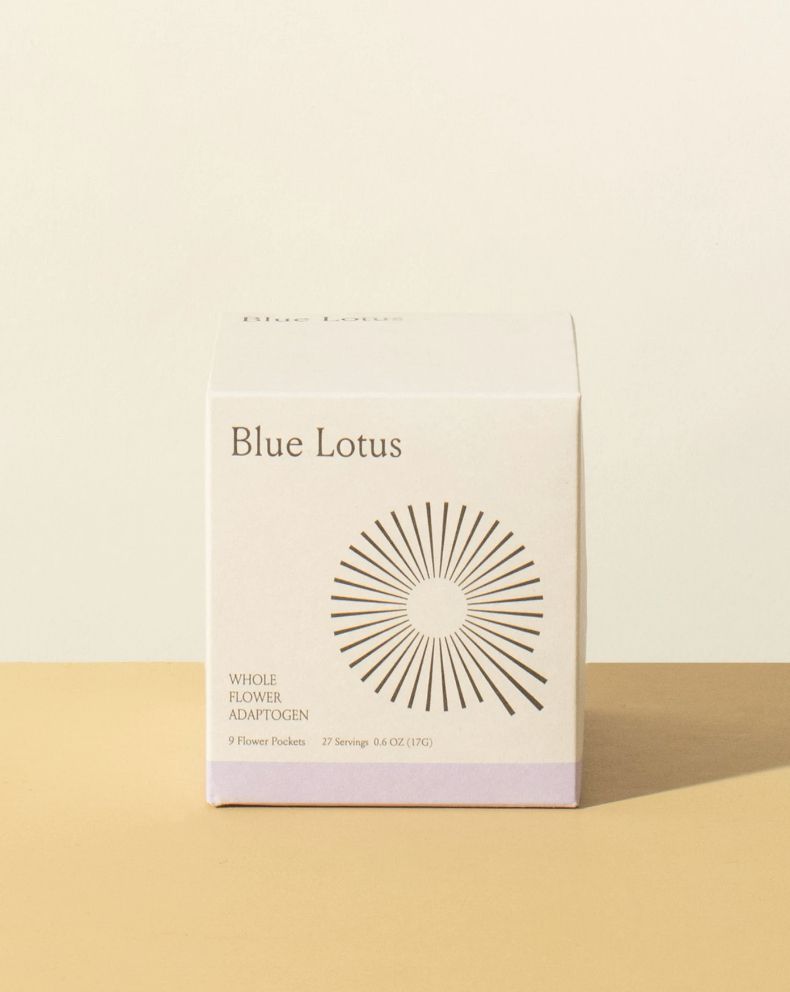 Quality is also one of the most important things to Li, who had to learn about farming, pesticides, and the ins and outs of cultivating organic flowers. All of the products are single-source, meaning they're all from one farm, one locale. "It's one thing to have a powder—you have no idea where this powder came from—but this is as bioavailable as it comes," notes Li, who says that it's especially great for vegans or vegetarians who want to be sure there are no animal-derived fillers in their wellness supplements.

Li observes that in the States, we are a culture that's all about speed and innovation. "It's just this mentality of how can we make it faster and faster and there is a cost to that—for our body, mind, and spirit." She explains that not only is it sometimes nice to take a break, but you have to in order to resume at the speed that you need to. Li describes that in Eastern thinking, it's not about speed, it's about balance. "Sometimes you can get somewhere faster if you actually take it at a slower speed," she notes. "The whole idea of the ritual is even though you might think that time is the last thing you have on a daily basis, you can create time with a little ritual that maybe only needs five minutes or ten minutes of your time, but the benefits of that five to 10 minutes is tremendous."

Here are more ideas on how to practice mindfulness.