Letter from the Editors

Perhaps you were a Real World: San Diego fan. Or maybe you recall Lauren, Stu’s wife-to-be in the The Hangover 2 and 3. Or Mulan in Once Upon a Time. But even if you know Jamie Chung, the star of Byrdie’s fourth digital issue, allow us to reintroduce her. Because after playing Ji-Ah in Lovecraft Country, she's a whole new Jamie. The one who recently made a literal fashion statement at the SAG Awards, wearing an Oscar de la Renta gown, red from shoulder to shin, (a color, in Korean culture, that "symbolizes creation, passion and power"—our issue’s theme) and clutching an Edie Parker bag inscribed with the words "Stop Asian Hate." That same phrase was posted to Byrdie’s Instagram feed March 17, a day after the Atlanta spa shootings that killed eight people, six of them women of Asian descent (part of 3800 hate incidents toward Asian Americans this past year). The post received tens of thousands of your likes, comments, shares and saves, standing in solidarity with the AAPI community. Our hope is that this issue, which honors AAPI Heritage Month, can help push all of us to be new, better versions of ourselves.

One more reintroduction: Hallie Gould, who takes the helm from Faith Xue (who penned Jamie’s story before departing Byrdie). You’re going to love what she has planned!

The planning for this issue came during a time when hate crimes against Asian Americans finally began garnering mainstream attention. A stream of violent videos played across social media and the world began to see what the AAPI community had known all along: The "model minority" is bullshit, racism against Asian Americans is pervasive, and white supremacy is at the root of it all. There is power in even writing those words; in calling the hateful systems that divide us by name. There's even more power in discussion, action, and activism—all of which our cover star, Jamie Chung, has done in the name of her life, career, and heritage. Her power feels visceral in these images, tangible through her interview, and dynamic as I replay her most recent roll, Ji-Ah in Lovecraft Country, in my head over and over.

In the issue, you’ll find stories that deep-dive into the appropriation and whitewashing of Asian beauty, as well as iconic Asian beauty moments that deserve celebration. There's a spotlight on mental health awareness too, as there's nothing more powerful than taking care of yourself, allowing space for understanding, and moving forward with less stigma, shame, and fear. There's discussion about vulnerability, setting boundaries, and compassion fatigue—as well as helpful resources you can tap from your computer screen. The power is yours to harness, and in power there is so much hope.

I can't end this letter without a huge thank you to my most powerful teacher, our former editorial director Faith Xue, whose contributions to me and to Byrdie have been endless. Make sure to give her final interview a read.

Jamie Chung Is Unleashing Her Power

In the fall of 1949, as the leaves bristle into their persimmon hues, Ji-Ah, a young nurse, makes her way through the cobbled streets of Daegu, South Korea. On her arm, a gentleman caller. She beckons him into her home with a smile, leads him into her bedroom, turns to him slowly and—"well, she's a kumiho, so she abuses him and then kills him,” Jamie Chung tells me matter-of-factly, sitting across...

We're flipping the script and spotlighting the geniuses behind these looks. 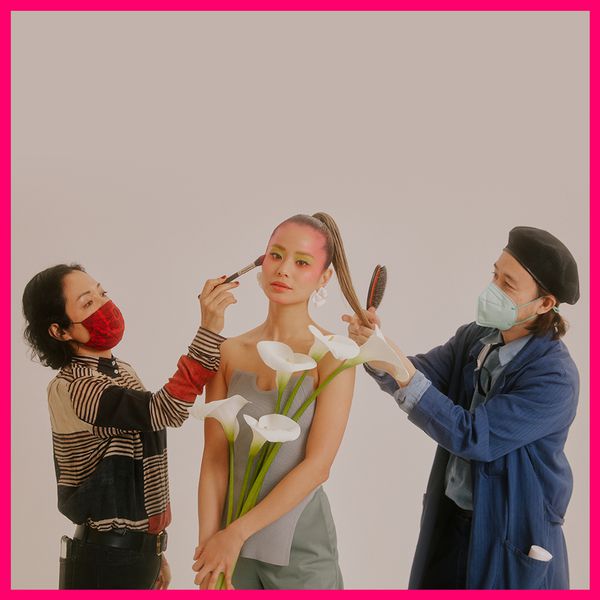