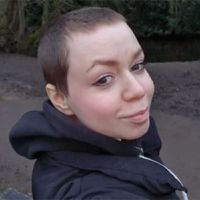 Alex Birch
Alex Birch is a freelance journalist whose work has appeared in publications including Refinery29 UK, The Guardian, and The Independent.
Byrdie's Editorial Guidelines

Lipstick is a staple beauty product; whether you're 22 or 62, you likely own at least one. My mom typically wore red Rimmel lipstick every day when I was growing up. Like many kids, I would try on her lipsticks before I was able to buy my own. From her, I learned to find comfort in applying a classic matte red to my lips.

Sky-high inflation has recently led to significant increases in the cost of living in countries such as the United Kingdom and the United States, and experts have warned there could be a recession on the way. In such circumstances, you might assume there would be a decline in spending on lipstick.

Yet, as of June 2022, lipstick sales are up in the United States, along with sales of other makeup products. In the second quarter of this year, lipstick sales revenue increased by an impressive 28%. Brands such as Rare Beauty and r.e.m. Beauty have also leaned into the trend, debuting new lipstick collections this summer.

What Is the "Lipstick Effect?"

This pattern is known as the "lipstick effect," according to an article by Pamela N. Danziger published in Forbes last month. According to proponents of the concept, economic downturns lead to an increase in consumer spending on beauty products such as lipstick. One widely cited example of the "lipstick effect" comes from none other than Leonard Lauder, the former CEO of Estée Lauder. He observed that his brand's lipstick sales jumped after the 9/11 attacks and the corresponding American economic downturn.

If true, the "lipstick effect" hypothesis contradicts the "rational consumer" idea central to modern economics. Why would people spend more money on a class of non-essential goods when they have less disposable income?

There are a few different theories about why the "lipstick effect" might exist. Generally, proponents of the concept draw on the idea that consumers think of lipstick as a small luxury: a purchase that provides feelings of comfort and indulgence without breaking the bank. In other words, the "lipstick effect's" roots are psychological.

But do women always buy more makeup when the economy is bad, as the "lipstick effect" suggests? Or is the term just a catchy name for something that's happened a few times? Unfortunately, the answer isn't so straightforward as studies on this subject are few and far between.

One study published in the Journal of Behavioral and Experimental Economics in 2020 focused on how Americans spent their money between 2005 and 2014. This time frame allowed them to compare how much women spent on makeup before, during, and after the Great Recession of the 2000s.

The academics crunched numbers collected by other researchers through the Consumer Expenditure Survey (CEX). CEX is an ongoing survey commissioned by the US government, which relies on Americans completing diaries of their household spending. As well as allowing researchers to compare the amount Americans spend on different categories of goods, it collects information on demographics, such as sex, age, and marital status.

It's worth noting the researchers who evaluated the Great Recession spending data in search of the "lipstick effect" didn't separate different types of makeup in their analysis. This is because the data from the CEX survey doesn't distinguish between makeup and other cosmetics, such as bath products.

Despite these limitations, the economists found a "significant increase" in makeup spending among women aged 18-40 during the Great Recession. Interestingly, this happened when these women were reducing their spending in other categories, such as eating out.

Overall prices for goods went up more than 5% between 2007 and 2010. Cosmetics prices, in comparison, increased by less than 3%. Still, the average American income decreased dramatically (around 7.5%). So, the researchers looked for an explanation for why.

One theory they explored comes from evolutionary psychology, and it's a rather conservative one. Supposedly, women are more attracted to beauty products during economic uncertainty because of strategies we have evolved to attract mates. In other words, we're driven to buy more lipstick during recessions because we want to attract a male breadwinner. Queer women, gender-diverse makeup wearers, and anyone who's ever been told by a man not to wear lipstick because it's "too much" (*raises hand*) might find this explanation unconvincing.

The researchers couldn't find statistical support for the theory, either. To prove the idea, they'd need to find evidence that single women were behind the "lipstick effect". But that isn't what they found: spending on cosmetics increased among both married and single women. They concluded that the "lipstick effect" likely resulted from women substituting spending on clothes for makeup.

Dr. Paul Marsden, a consumer psychologist at the University of the Arts, London, says, "Perhaps people simply trade down to cheaper luxury and feel-good purchases when money gets tight."

The Flaws of the "Lipstick Effect" Term

Gabriela Hernandez, the founder of makeup brand Bésame Cosmetics, shares my doubts about the "lipstick effect" as a term. She says it is "a bit misleading because the desire for people to seek pleasure and reward in times of stress is not only limited to lipstick in the beauty category."

"The [lipstick] effect will be visible in many products that produce the same effect for the consumer," Hernandez explains. "Lipstick is a visible way to do it since the color is evident on the face."

When asked whether she has noticed a "lipstick effect" in her sales figures, Hernandez says, "During the pandemic and other difficult times, we notice an uptick in consumer spending on our core items," she says. Looking at the types of products she sells, it's unsurprising that makeup buyers would look to them for comfort during "difficult times." Bésame Cosmetics emphasizes "classic beauty," focusing on staple products that promise longevity like red lipsticks, rouges, and powders.

Another issue with the "lipstick effect" is its suggestion that women are vainer and more prone to purchasing unnecessary luxury goods than men. For example, MacDonald and Dildar write, "Future research should explore whether men also have products like lipstick that they spend more on during recessions." Why wouldn't they?

Additionally, in 2013, the Journal of Business Research published an article titled, "Is luxury just a female thing? The role of gender in luxury brand consumption." The paper discusses the evidence that women "in the Western culture" are more interested in luxury brands than men are. The problem? This conclusion came from studies about "luxury" clothing, perfumes, and wristwatches: all product categories relating broadly to fashion and beauty, domains that are considered to be "feminine." For instance, a study that included luxury alcoholic drink brands might have garnered different results (since men consume more alcohol than women).

Ultimately, I think there's something to the "lipstick effect" idea. Overall, it's clear there's a widespread inclination to indulge in cosmetic purchases during times of economic uncertainty. But gender bias in the male-dominated fields of economics and marketing could shape how and why people talk about it. In any case, lipstick lovers can rest assured that there's nothing wrong with treating yourself to a new beauty product as a form of self-care, no matter the state of the economy.

Red Lipstick Is a Powerful Tool of Expression in Communities of Color
Article Sources
Byrdie takes every opportunity to use high-quality sources, including peer-reviewed studies, to support the facts within our articles. Read our editorial guidelines to learn more about how we keep our content accurate, reliable and trustworthy.