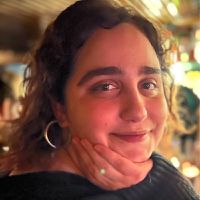 Mica Kanner-Mascolo
Mica has been a contributing writer for Byrdie since 2022. She started her freelancing career in her native city of Boston, Massachusetts, reporting on local and national news.
Byrdie's Editorial Guidelines

The number of women incarcerated in the United States is higher than ever. Between 1980 and 2020, the number of female prisoners has grown to over 231,000 women. This increasing figure can partially be attributed to the sexual abuse to prison pipeline—which largely targets and affects women of color, LGBT women, and gender non-conforming women.

Considering the continued horrors incarcerated women face daily (from violence to poor access to medical care), one might wonder why access to cosmetics would be of concern. But the reality is access to makeup while incarcerated can help with self-esteem and fostering community. With this in mind, we spoke to previously incarcerated influencers Jen Cutting, Jen Gomez, and Cece Robinson to learn more about the importance of beauty amongst women in prison.

For decades, the legality of cosmetics in American prisons has been a hot topic. The use of makeup was banned in New York penitentiaries until 1920. Nearly 80 years later, Virginia attempted to ban cosmetics in its prison in 1998, viewing them as potential contraband. Today, access to makeup and personal hygiene products is less restricted. However, it still varies depending on whether one is in jail or prison, a state or federal institution, and what state and county they're in.

Gomez had no access to cosmetics while in county jail. When she moved to a state prison, things were a bit different. At the prison, she says those with indigent status (those with little to no money on their account) received two rolls of toilet paper and a bar of soap weekly. Once a month, they were given 24 sanitary pads, a toothbrush, and toothpaste. Other items like shampoo, conditioner, or deodorant had to be purchased via commissary (the store inside jails and prisons). In most prisons, incarcerated individuals can buy items every one to two weeks. Between that time, they have to make use of their items or wait for care packages from loved ones (which have restrictions).

Gomez says her commissary stocked basics like brown eyeshadow, hot pink lipstick, chapstick, mascara, and black and brown eyeliner. Unsurprisingly, the hair care selections were also meager, especially for Afro, coily hair. When Robinson was first sent to jail in Pennsylvania, she was the only Black woman there, and she says options for her hair were "slim to none."

Many incarcerated people are forced to create their own products when desired items are unavailable. Robinson says she arrived at jail amid a lice outbreak that required them to wash their hair constantly. As someone with coily hair, frequently washing her hair caused damage. To treat the breakage and dryness, she created her own mask using Royal Crown Hair Grease, vitamins, and Monistat 7 (all that was available to her on commissary).

When it comes to DIY beauty products in prison, bartering can play a huge role. Cutting says some people exchanged food for components needed to create makeup. Often, other elements (like colored pencils or cooking oil) had to be stolen from different areas of the prisons, as they were not available to buy on commissary. Of course, doing this was with risk. Cutting says inmates had to keep stolen items hidden from authority figures as they could be confiscated for being contraband, potentially resulting in further punishment.

While beauty product availability in prison continues to be a widespread issue, it is worth noting people do have access to beauty salons in some facilities. Many institutions also offer the opportunity for individuals to earn their cosmetology license while serving time—a lucrative skill considering the  27% unemployment rate amongst previously incarcerated people. "The significance of having the cosmetology spaces was twofold," Gomez notes. "All of us were fortunate to have some semblance of femininity by having the opportunity to straighten our hair, curl it, or even get a good wash and blow dry. But, it was also super important to the women who did not have a career and enjoyed this vocation."

For transgender individuals in prisons, widespread access to beauty products and services continues to be an even more slowly addressed issue. For many trans women, beauty products often serve as an important gender-affirming tool and aid in their transitioning journey. However, incarcerated trans women are often housed in men's prisons and deprived of makeup, leading to heightened feelings of gender dysphoria and strained mental health.

In 1993, Michelle Murray, a transgender woman at the Federal Correctional Institution in Kentucky, petitioned that prohibiting access to cosmetics that helped her maintain her feminine appearance infringed upon her eighth amendment rights. The judge denied her complaint, stating, "Cosmetic products are not among the minimal civilized measure of life's necessities." A similar claim was filed in 2014 by Ashley Jean Arnold, a trans woman incarcerated in Virginia, and rejected on the grounds that Arnold's use of cosmetics may provoke sexual assaults or make it easier to escape.

Some progress has been made since then. For example, in August 2015, Shiloh Quine reached a settlement with the California Department of Corrections and Rehabilitation (CDCR) that stated they must pay for her sex reassignment surgery, place her in a CDCR facility that houses women after surgery, and supply access to items designated for females. As part of the ruling, the CDCR also agreed to allow transgender prisoners to access clothing and commissary items consistent with their gender identity. That same year, Pennsylvania revised its commissary lists, allowing transgender individuals to purchase makeup, barrettes, or gender-affirming underwear.

The Impact of Cosmetics on Rehabilitation and Morale

Limiting access to necessities and "luxury" products (i.e., cosmetics) forces those imprisoned to find other ways to get what they need—and those ways are often not conducive to life outside of incarceration. "In theory, prison is supposed to be a place where you are rehabilitated, and you're being prepared to return to society," Gomez says. "If you don't give inmates a good platform, you're just making them miserable and resentful. You're not teaching them if you do the right thing, you get the right thing. Instead, you're teaching them if you steal an onion and barter it, you can get shampoo or lipstick."

Providing incarcerated people with equal access to beauty isn't the ultimate solution to the dehumanization of incarcerated people, but it is part of it. Many believe and argue that incarcerated people deserve access to degrading treatment and the bare minimum, expressed via the popularity of phrases like, "If you can't do the time, don't do the crime." However, it's clear that being able to use beauty products while incarcerated isn't a matter of vanity or self-absorption. Instead, it's a matter of mental health and survival. "A woman with low self-esteem and low confidence is not going to do well in many aspects of her life," Gomez says. "If you can give that woman a little something to make them feel good, then they might do better when they come out."

Cutting echoes these sentiments, stating, "Just because you become incarcerated does not mean you become less human," she says. Bottom line: Band-aid solutions like having access to cosmetics in prison are a critically important part of protecting the humanity of incarcerated people.