So I Tried Elle Ferguson's Self Tanner, and These Are My Thoughts

If you love using self-tanners, chances are you’ve seen or heard of the Elle Effect, created by influencer Elle Ferguson. The picture-perfect Instagram account alone with its chic pastel aesthetic and Cali summer vibes is enough to make you want to get your hands on it immediately. When it finally landed on my desk, I ripped open the packaging and slathered it on right then and there. But, because I know you're dying to hear how it fares, I've written a proper, honest review. Keep scrolling for my thoughts. 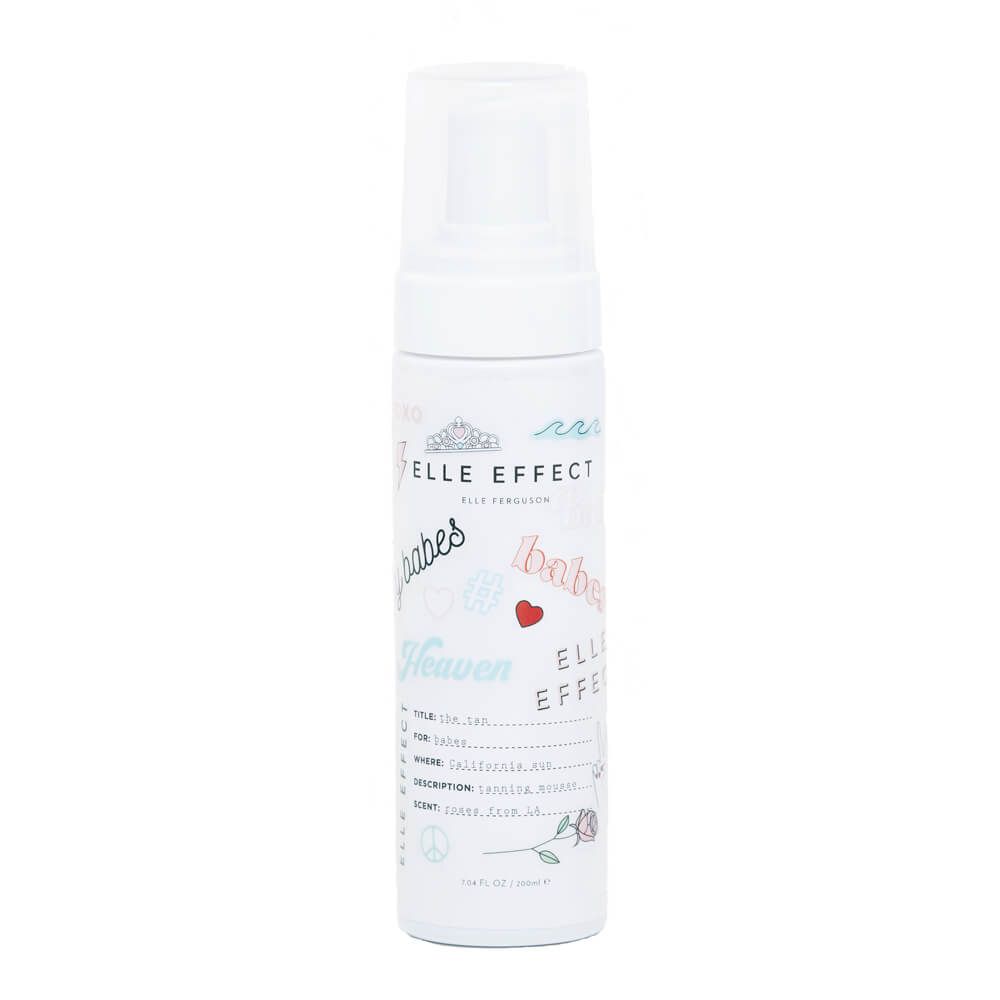 First up, the packaging is, dare I say it, on point; it's minimal, sleek, and 100% Instagrammable. The product itself is a foam, which is the superior of all tanning formulations in my opinion. I hadn't exfoliated prior, as I didn't know I'd be tanning, but it still went on smoothly with a tanning mitt. A little goes a long way, so don't get too excited and over-pump as I did.

I applied once all over and slipped into baggy pj's before I hit the sack (with a tanning slip to protect my white linen—they're fantastic). As Ferguson explains, one coat is supposed to give you a glow like you've spent the day on Bondi Beach, and it did. I woke up bronzed and noticeably darker. After a shower (the ultimate test), only a minor amount of the color washed off, meaning I was still golden. As for the rose scent, it wasn't invasive or powdery, but a subtle sweetness that hides that tan smell. Overall, it's fantastic—but would you expect anything else from Australia's golden It-girl?

Next Up: We tried a ton of self tanners, and these were the best.