Your Guide to Teeth Whitening
CLOSE
Part of

Teeth Whitening Trays: What Dentists Want You to Know About the Treatment 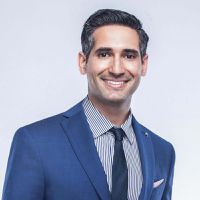 What They Are Benefits How to Prepare What to Expect Trays vs. In-Office
At-Home vs. In-Office Potential Side Effects The Cost Aftercare The Final Takeaway

In the quest for whiter, brighter teeth, there's no shortage of over-the-counter options: toothpastes, strips, tech-y devices with LED lights, the list goes on and on. But the hard truth of the matter is that no at-home product is going to yield whitening results quite as dramatic as the options you'll get from or at your dentist's office. And in that department, there are two ways to go. There are in-office whitening treatments that typically pair whitening gel with either laser or LED light, and then there are custom-made whitening trays that your dentist makes for you to wear at home.

The best results occur when you pair the two together, but if you just want to go the tray route, you can do that, too. Here, dentists Sharon Huang, DDS, MICOI, Nammy Patel, DDS, and Robert Raimondi, DDS, explain more.

What Are Teeth Whitening Trays?

Professional whitening trays are custom-made trays that are hand-crafted by dental lab technicians based on a mold of your mouth, explains Patel. They're plastic trays that you're then responsible for filling with a bleaching agent (typically a gel made of hydrogen peroxide or carbamide peroxide) and wearing on your teeth for a period of time prescribed by your dentist.

At the risk of sounding obvious, they'll whiten your teeth. The hydrogen peroxide in the bleaching gel breaks down into water, oxygen, and free radicals, the latter of which lift stains from teeth to make them look whiter, explains Huang. Anyone who wants their teeth whiter is a candidate, so long as they don't have any major dental work on their front teeth: "Fillings, veneers, and crowns won't whiten," notes Raimondi.

How to Prepare for Teeth Whitening Trays

Ideally, this is something you'll start after your bi-annual dental check-up. The best time to do any kind of professional (or over-the-counter, for that matter) teeth whitening is within two weeks of a professional cleaning; this allows for maximum penetration of the whitening gel, notes Huang.

What to Expect When Getting Teeth Whitening Trays

The most extensive part of the process is having the trays made. A mold is taken of your mouth to create plastic trays that fit over your upper and lower teeth, says Patel. FYI, they'll probably feel pretty tight and snug; that's the whole point of them being custom-made, as it allows for the best and closest contact of the whitening gel with your teeth, so that it can actually do its thing. As far as how often you'll have to wear them and for how long, "that depends on the desired result and the current condition of your teeth," says Patel. She says it can either be for multiple hours per day or overnight, for a series of days or weeks (about four to six weeks on average).

When it comes time to pop them on, always brush and floss your teeth first. "The whitening gel is the most effective on clean teeth," says Raimondi. You'll also want to make sure your trays are clean and dry: "Moisture reduces the efficiency of the gel and slows down the whitening process," he explains. Apply a small drop of the gel on the inner front surface of the tray, then set it firmly against your teeth and wipe off any excess. After wearing them for the directed amount of time, remove the trays, rinse off your teeth, and then brush away any remaining gel.

While whitening gel should be kept refrigerated when it's not in use, it should be at room temperature before applying it, notes Raimondi.

While there's a similarity in that both of these utilize a whitening gel (again, typically hydrogen peroxide-based), in-office teeth whitening treatments usually, though not always, incorporate some type of energy to expedite the process, either laser or LED light. That means that it can be done in one fell swoop—one session is typically about an hour—whereas using trays yields a more gradual result. Patel says that there may also be more sensitivity associated with the whitening treatments than there is with the trays.

Still, a combination of both will yield the best results. Huang offers a dual-whitening system, in which patients wear custom-made trays for two to three weeks prior to coming in for an in-office treatment. On the flip side, Patel says they're a good option to use as maintenance after an in-office session.

We've said it once, and we'll say it again: None of the at-home whitening products will yield results as dramatic as what you'll get when a professional is involved. The in-office treatments are the most effective of the bunch. "The whitening gel is professional-grade and much more potent, which is why the application must be supervised by a dentist," says Huang. "This is going to be more costly than any type of at-home option, but is worth the investment when it comes to efficacy and time spent, especially when used in combination with take-home trays."

When you're talking about any kind of teeth whitening, sensitivity is always the big potential drawback. Sensitivity is normal, says Raimondi, especially after in-office whitening, though it is temporary. Brushing with a toothpaste formulated for sensitivity and using over-the-counter pain relievers if necessary can help, he adds.

This will vary based on where you live, but the average cost of whitening trays can be around $500 dollars, says Patel. (However, keep in mind that those trays will last for years, so if you do need to repeat a whitening cycle, you'll only need to purchase the whitening gel in the future.) In-office teeth whitening is typically about $850 dollars, she adds, though some dentists may offer a slight discount if you combine the two.

The most important thing to do is to avoid dark-colored foods and drinks for 48 hours after you finish a whitening treatment, advises Huang. (Or, as is the case with trays, ideally as much as possible for the duration of time that you're using them and then for 48 hours after.) "Your newly-whitened teeth are more susceptible to staining immediately following a whitening procedure," she explains. "As a general rule of thumb, whatever stains a white t-shirt will stain your white teeth." That means avoiding things such as coffee, tea, tomato sauce, soy sauce, beets, red wine... you get the picture. It's even a good idea to use a color-free mouthwash during this time, she adds.

Your Guide to Teeth Whitening