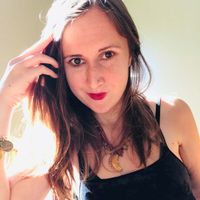 Through every album era, Taylor Swift has always been a style icon. From the cowboy boots and white dresses from her Fearless era, her iconic twee style from the 1989 era, to her cottagecore aesthetic from Folklore and Evermore. As we prepare for Swift's tenth studio album, Midnights, fans are already loving her '70s retro style that she's teased on TikTok and Instagram.

Swift’s style is both classic and ever-changing, with entire fashion blogs dedicated to her style. Swift’s love of fashion is featured in my of her songs, from the infamous scarf in All Too Well to dresses that have made their way onto every album. If you’re a sartorial swiftie wanting to create a capsule wardrobe of all her iconic pieces, look no further. We’ve rounded up 13 signature pieces that every fan should have, based on Taylor Swift’s songs and her own wardrobe—because some pieces never go out of style.

Another iconic piece of clothing based on a Taylor Swift song, Cardigan is the first single off Swift’s 2020 album Folklore, and fans were obsessed with the chunky knit cardigan she wears in the video (and sold on her website). If you missed out on claiming this coveted sweater, there are plenty of dupes to try.

The question that has been plaguing every Taylor Swift fan since 2012: “What did Jake Gyllenhaal do with Taylor’s scarf?” While the scarf is apparently a metaphor, our love for this fall and winter accessory is very real. A red scarf is the key accessory every Swiftie needs, especially singing in the car getting lost upstate. (We've yet to hear any lyrics about a yellow scarf, so Harry Styles is safe for now.)

Taylor Swift clearly loves a nice dress, as they are featured in every single of her albums so far. From the “little black dress” in Tim McGraw to “the dress worn at midnight” in happiness. There is even a whole song dedicated to the garment in Dress. While they can be every style and color, the LBD is an iconic wardrobe staple that Taylor would approve of.

It’s no secret that Swift has a love of jewelry, but necklaces seem to have a place in her jewelry box and lyrics as they are mentioned in various songs from lockets to initial jewelry. Whether you get some jewelry from some of Swift’s favorite companies or take inspiration from her songs, the right necklace can be the perfect piece to tie any outfit together.

As the ultimate queen of fall, Taylor Swift has made plaid a big part of her wardrobe, from her TikTok videos to her cover of evermore that highlights the pattern. Whether you’re wearing a traditional flannel shirt, a plaid dress, or a tartan jacket, add a little pattern to your closet for a pop of print.

When not wearing dresses, Swift’s style leans more toward mini skirts, as seen in many of her concert and street style looks. Whether you identify more with the “other girl” in You Belong With Me or got that good faith that never goes out of style, a mini skirt is easy to style and can be paired with almost anything.

While most Swifties are familiar with the heart-shaped sunglasses from the 22 music video, Swift has made sunglasses a key part of her look, especially during the 1989 era. From cat eye to Ray-Bans, the possibilities are endless.

It’s common knowledge that Swift is in love with her cats, as often features them in her music videos, lyrics, and on her social media channels. She even wears clothing featuring felines. If you want to add a little whimsy to your closet, get some cat-patterned clothing to really make it pop.

While the singer-songwriter is known for her over-the-top looks over the years, she can also keep it casual in a simple tee. From faded band tees that hangs on your door, to vintage tees that you wear when you’re rocking out.

Speaking of simple, we return to Swift’s county roots when we go back to those faded blue jeans. From the Levi's you wear dancing under a streetlight, to faded blue jeans that fit just right, find the perfect pair for you to wear with multiple different looks.

High heels have been a fixture in Taylor Swift’s concert wardrobe as she dances around in sky-high pumps that she eventually kicks off when singing acoustically. So whether you’re spinning in your highest heels or rocking some heeled booties on a fall day, it’s the perfect addition to any closet.

Even in her more serious eras, Swift has always kept a little bit of sparkle to her signature outfits—particularly in her performance wardrobe. So bring out the glitter-pen lyrics in fashion form by adding some sequin and sparkly pieces to your wardrobe.

Last, but certainly not least, we can't have a capsule wardrobe without a cozy jacket to pull everything together, and Taylor Swift has always been outerwear goals. From the wool overcoat she wears on the cover of folklore to her countless blazers, bombers, and winter coats that look effortlessly stylish, pick your favorite and wear it confidently.