I Don't Use Eyebrow Gel or Pencils Anymore, Thanks to This Little-Known Thickening Serum

Introducing the product that changed my brows.

Here's the thing. I've been blessed with naturally full-ish eyebrows. They're certainly not on Cara Delevingne's or Lily Collin's level, but they also don't look like Kate Moss's brows circa 1994, so I'm happy (there's nothing wrong with the thin '90s brow if that's your thing, but I personally abide by a fuller and fluffier look). Sometimes, though, under my self-critical gaze, I lament the fact that my eyebrows taper off too soon at the ends, appearing uneven and sparse compared to the beginning and the middle of each brow. Sometimes I wish they were even fuller and more defined than they are naturally. Sometimes I wish they had a stronger arch. That's why, despite my dark baseline brows, I've used pencils and gels on a somewhat-daily basis for years.

In the quest to better my brows, I've also tried growth-boosting serums in the hopes of discarding my pencils and gels for good—but, I honestly never saw any real difference. I would end up discarding the serums, clutching my hero products even tighter than before. That is, until I tried a little-known French formula that was recommended to me by a publicist and friend.

Get this—the product isn't even meant for eyebrows—it's meant for eyelashes. That's right, it's an eyelash serum, and I started using it as such. However, after seeing it's darkening and lengthening effect on my lashes, I began to use it on my brows instead. Now I can't go without it. In fact, I've stopped using my beloved eyebrow gels and pencils because of it. Meet: Talika Lipocils Eyelash Growth and Pigmentation Gel.

This is the little-known thickening serum I have to thank for my darker and denser brows.

Best for: Lashes and brows 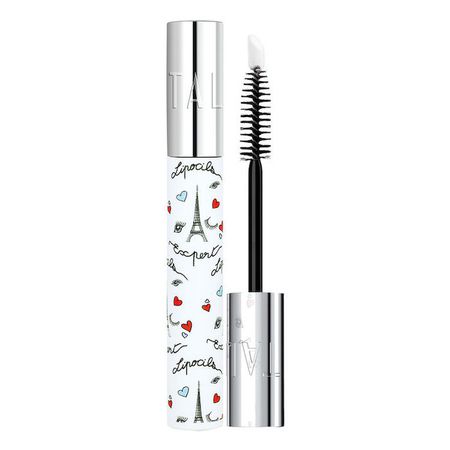 This is the exact product I've been using on my brows for a little over a month now. It's an eyelash serum from the French brand, Talika. While it's not an extremely well-known brand stateside, it's beloved by European women for its full range of eye, skin, and body care products.

As mentioned, my brows are somewhat full. The ends of my brows seem to always be a bit more sparse, and I'd like them to overall be more defined.

What kind of beauty writer would I be if I didn't provide some cold, hard evidence? Here's a "before" selfie. My brows have no pencil, pomade, or gel in them. I simply brushed them up with a dry spoolie. As you can see, they're lacking in the definition and density department.

It's based off of the Lipocils formula, which has been used by the brand for decades to not only encourage lash growth but also boost their curve and natural pigmentation. Here's how it works: The mix of botanicals, which includes witch hazel, apple, nettle, horse chestnut, and St. John’s wort, stimulate growth. Coleus forskohlii, which is a natural pigmentation booster, stimulates the production of melanin in the lashes to make them look darker. Peptides strengthen the lashes to keep them intact, and silk proteins smooth, curl, and shield them. After 28 days (or perhaps even sooner, like in my case), the brand promises that you'll see longer, stronger, and more defined lashes.

I can vouch for these results, except not on my lashes...on my brows. Remember how I said I almost immediately made the switch from lashes to brows upon seeing the results? (It's not that I don't want longer, stronger, and darker lashes, it's just that I was more concerned about the state of my brows at the time). Well, after a month of use, I'm happy to report that my brows look fuller and darker. Not only that, but they look healthier and shinier than they did before.

I'm happy to report that my brows look fuller and darker. Not only that, but they look healthier and shinier than they did before.

I took this photo roughly a month after using the serum on my brows each morning. Again, I'm not wearing any brow gel, pomade, or pencil (I did get a tan, though, thanks to some time spent poolside under the L.A. sun). Before this picture was taken, I had simply brushed up my brows with a dry spoolie brush. Both in the before-and-after pictures and real life, my brows look visibly darker and denser. Not only that, but they seem shinier and healthier (like I had tinted them, even though I hadn't). I also think that the continued use of the serum made my brows look more elongated, giving them a more flattering shape to frame my face.

These days, I only wear brow makeup if it's a special occasion, like if I'm going out with friends or attending a fancy event. This gel makes eyebrow upkeep a breeze, and I'm looking forward to utilizing it on my actual eye lashes. The product is a bit of an investment, but I'd say it's worth it.

The BrowGal Eyebrow Setting Gel: This clear eyebrow gel holds the shape of your brows and is also water and sweat resistant. Not bad for $20.

Funnily enough, Talika makes a Lipocils serum that's made specifically for eyebrows. I've only been using the eyelash one simply because it's the first one I tried, I liked the results, and figured I'd swipe it through my brows instead of my lashes. Now that I know there's an eyebrow-specific serum, I'll be trying that one out next. I already have faith in it, seeing as it contains many of the same ingredients that are found in the eyelash serum (witch hazel, apple, nettle, horse chestnut and St John’s wort, included).

It's always best to use products as directed, which is why I'm officially going to make the switch to the eyebrow gel for eyebrow use. I'll keep my former eyelash serum, and use it strictly on my lashes. That way, I'll be following directions, and both my brows and my lashes will get TLC.

Next, check out the Glossier product that makes your brows look micro-bladed.