This Martial Arts Practice Is Up 189% on Pinterest, and We Know Why 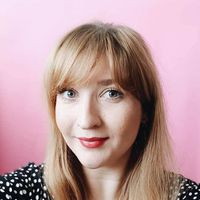 Tai chi might conjure up visions of elderly people in a park or simply slowly moving your hands in soft waves–but there’s much more to it than that. The practice is having a moment, as searches are up 189% on Pinterest. I tried a class and can tell you it’s both calming and challenging in equal measures. To learn more, Byrdie spoke to clinical acupuncturist Feras, who has been practising tai chi for over 25 years. He’s an indoor student of Master Ma Bao Guo and Master Hui Kit Wah, and a senior instructor within the Taoist Arts Organisation.

Tai chi is an internal Chinese martial art. It’s described as “internal” because it promotes relaxation and slowness, and it’s much less likely to sustain an injury compared to the combat styles. Like Qigong (which dates back as far as 200 AD), it cultivates the qi (also spelled chi) the internal energy that flows through the body, by combining movement and breathing.

You may hear the term taiji discussed—this refers to the forces of yin and yang, (defined as “seemingly opposite or contrary forces that are actually linked and complementary to one another”). Tai chi in the Western world is typically practised for its health benefits. Unlike in other forms of physical training, whilst you do gain strength, the focus is on remaining soft and flexible. Tai chi is based on water movement, so there’s no sense of rigidity—you’re aiming to mimic the dynamic flow of water.

Although it’s a physical practice, it’s also great for the mind—you’re calm and grounded, but not to the disengaged level you may be in meditation, where you may not be aware of your surroundings. In Tai chi, you’re both present and relaxed all at once. The practice aims to teach you to be aware of your body and how to use it more efficiently. When lifting weights, you tend to create a rigid muscle tone, in contrast, if you’re practising yoga, you create a stretch of the body. Tai chi emphasises soft, small movements in the connective tissues whilst also working the hydraulic and vascular system. So in essence, you’re getting the best of both worlds.

THE IMPORTANCE OF FINDING A GOOD CLASS

Feras emphasises the importance of finding a good class led by a knowledgeable instructor. Whilst there are many books and videos available online (which are valuable tools to use to improve later), for newbies, it’s best to learn in an environment with others and have the proper foundation in place.

He explains it’s also harder to break a habit if you learn something incorrectly on your own. If you’re brand-new to the world of tai chi (as I was), he suggests observing a class first. Look out for the quality of the movement from the teacher and the students—there should be a gradient in gracefulness from the senior students to the new. Feras believes a mix of age and gender is also important—his classes see students from 20 to 70.

There should be an open attitude to learning; with practice and routines and also laughter. Though it’s critical to be instructed correctly, you don’t want the atmosphere to be too serious. Feras explains the Chinese talk about tai chi giving you an “easy heart” —a carefree attitude and the ability to not take life too seriously. Feras emphasises again that that’s where the partner practice can stop you taking things too seriously or getting “in your own head,” if you will. The social aspect helps you to lighten up and enjoy the process.

Similarly, many of the health benefits are only recognised when you check you’re doing the right thing by working with someone else. Whilst it’s important to work on your own form (your movements and postures), you should also be having fun. Feras stresses the importance of an expert teacher. As with yoga or any physical practice, you do always want to learn from someone who is highly experienced. (Feras’s organisation requires at least seven to eight years of training before you can teach others. He also regularly travels to China to perfect his practice with his own teacher.)

I talked to Sophie, who attends Feras’s class once a week. She has suffered from epilepsy and chronic fatigue for seven years, and was finding standing for long periods difficult. “Tai chi has helped build my standing strength,” she says. “It appealed, as it’s suitable for any age and ability level, and I don’t feel self-conscious if I can’t do some of the exercises. I didn’t expect the effects of such small, controlled movements you practice can have on the body.

Having done yoga and Pilates, I didn’t think tai chi would be so challenging. It’s a totally different form of exercise than anything I’ve done before, and not only benefits me on a physical level, but also focuses my mind and has a meditative effect. I’m able to transfer things I’ve learnt in tai chi to my Pilates and yoga classes and life in general—for example, the concentration on posture, weight distribution and breathing.”

Always remember to tell the instructor if you have any health issues beforehand, and only push yourself as much as it’s comfortable (tai chi is great, as it’s very accessible to those with health issues. It can be as gentle or tough as you make it and there are even seated practices). Feras explains a class is never about competition or doing more in comparison with anyone else. The foundation for tai chi is about creating a sense of balance in yourself, so you only want to work to a maximum of say 70%, rather than other exercises where it’s beneficial to really push yourself to your limit.

Ready to try it for yourself? “Go in with an open mind, and don’t dismiss it after one session,” Sophie advises. “It’s something you have to experience over time. It isn’t a quick fix. I’d also suggest wearing flat shoes like Converse, as I’ve found trainers have too much grip for the flowing movements.”

HOW LONG DOES IT TAKE TO LEARN?

After attending a class for a few months, you may have enough knowledge and information to go away and perfect your own practice. Feras explains that many people come to classes together in small groups, ask the right questions and want to learn—then often get together themselves to train. It’s said that learning tai chi is like learning a musical instrument: You can play along with the band, or if you want to be good at solos, you can practice as much as you would like to. In China, they do have a saying, however: “Tai chi doesn’t leave the house for 10 years.” So like anything, it depends how good you want to get at it.

Tai chi gently twists and elongates tissues that have become tense or suffered trauma. It also opens the body to release the central nervous system. And unlike other exercises, it encourages the mind and body to work together. This helps develop coordination and balance, and boost brain function and memory. There have been many studies citing the benefits it has on the body and mind, from improving cardiovascular disease and easing chronic pain to helping with anxiety and sleep.

“Tai chi has a holistic effect on the body,” Sophie explains. “It improves my physical strength as well as calming my mind. Mindfulness is such a big thing at the moment, and being able to combine it alongside exercise is unique. After the class, I can instantly feel the benefits. My energy improves, and I feel relaxed. I notice myself becoming stronger and the improvement in my posture.”

WHY IS TAI CHI TRENDING?

I wondered why searches for “tai chi” have increased recently. Feras agrees that it may be a direct response to the busyness of our modern lives. “With so much noise around, I think people are searching for some calmness, and tai chi is both physically and mentally grounding.” Perhaps people are beginning to turn away from the clickbait, notification-happy gratification of social media and the digital world. There’s something to be said for slowing down and working on developing a skill with practice and intention.

“There’s been a huge surge in popularity in yoga over the past 10 years,” Feras explains. “However, with yoga, you usually go in, work alone and although you may socialise with people after, there isn't any partner work. Tai chi is more interactive and social in the classes, so that could be an element of it. The gentler aspect of the exercise compared to others, with the inclusivity to all despite age or ability could also be appealing to people. In tai chi, you’re always working in a middle range. You’re not particularly aiming to go into a headstand or handstand, like in yoga, for example.

“As an acupuncturist, I see people who have practised sports and yoga with some very interesting injuries, especially as they age. (I can vouch for this after getting a painful cyst on my wrist from putting weight onto my wrists during yoga classes. The doctor I saw pointed to the line of other young women in the waiting room and said they were all there for the same reason. You can alleviate this by resting on your fists or forearms rather than putting pressure on your bent wrists.) With people taking more care with their bodies, perhaps tai chi appeals to those aware of the risk of injury in other physical exercise practices.”

Whatever the appeal, it seems there’s something to benefit from for everyone. Calmness, come at us.