Jen Atkin Told Me to Take These Hair Supplements, So I Did 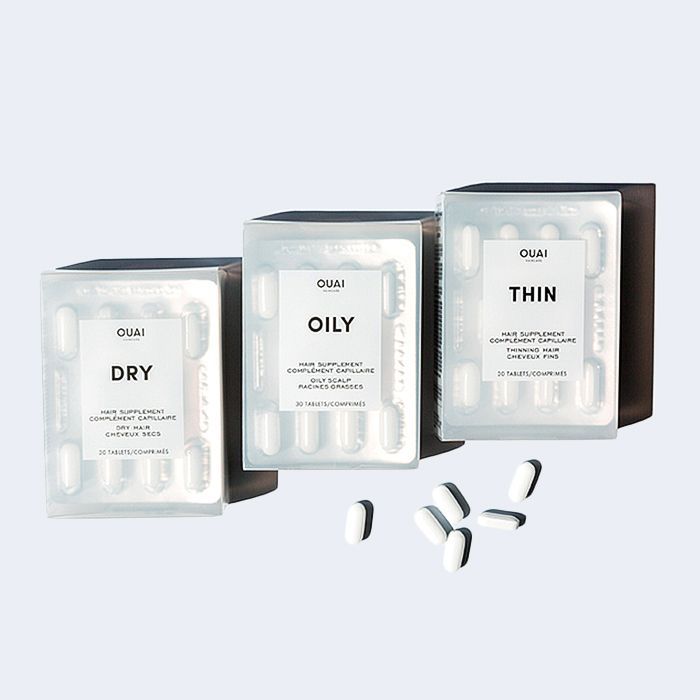 My co-workers would be the first to admit I won't shut up about my self-proclaimed hair identity crisis. They'd most likely throw in a proper eye roll as well. But it's a real thing. Over the past year, I've noticed what used to be big, fluffy, defined curls fall; they've become flatter, thinner, and sadder-looking than ever before. At first, it didn't make any sense to me—I had cast aside my heat tools in favor of air-drying, and removed my clip-in extensions for good. However, after a little more consideration, I realized I wasn't exactly treating my hair with the respect it deserved. At the time, I was rarely using masks, coloring it into an overprocessed oblivion, and refusing to cut it (for fear the length I did hold on to would vanish).

In an effort to put myself in hair rehab, I started doing all those things; semi-miraculously, celebrity hairstylist Jen Atkin launched her line of supplements at the exact same time. I had to have them for a bevy of reasons: The first, of course, was for the sake of reviving my once-covetable curls. The second, naturally, was because Jen Atkin told me to take them (and I'd probably do just about anything she told me to).

First things first, here are the facts. There are three options in the line: a pack for oily, dry, or thinning hair. I chose Thin, ($28) as that's the ailment I noticed most predominantly afflicting my hair. Meant to "breathe life into dull, dry hair," the supplements include MSM, a sulfur-based compound, and biotin to increase hair growth, amino acids to spur keratin production, omega-3 and omega-6 for added shine. Maybe the most intriguing of all, though, is the inclusion of ashwagandha, the powerful Ayurvedic healing herb that helps to reduce the stress hormone, cortisol, in your body. Stress is very often one reason—among age, diet, and lifestyle—that your hair begins to thin.

Now, take a look at my hair before I started my supplement-filled journey. It's not terrible, but it's not fantastic either. Those curls? They look depressed. And my dry ends have certainly seen better days.