Summer Fridays Jet Lag Mask Has Launched—but Is It Worth the Hype?

That's the thing about the vastness of social media: I don't know when it was that I first saw the little blue tube of Summer Fridays Jet Lag Mask ($48) on my feed. The more I spotted it, however, the more I wanted it. What was Summer Fridays? And how could I get that tube near my face?

For anyone who has no idea what I'm talking about, it turns out that Summer Fridays is currently a clean skincare brand and the brainchild of L.A.-based bloggers Marianna Hewitt and Lauren Gores Ireland. And it has the A-list seal of approval since Kim Kardashian West and Lea Michele are among just a couple of its celebrity fans.

The brand is dubbed Summer Fridays because it's the antidote to stressed-out complexions, offering you skin that looks like it's on a Summer Friday every day (sounds good, right?). The product itself may be called the Jet Lag Mask, but it's not just for frequent flyers. It's for anyone who suffers from dull, tired skin—the symptoms of jet lag, yes, but also the symptoms of modern life in general. And to be fair, I can feel pretty jet-lagged on a Monday morning, let alone after a long-haul flight.

The thick balm-like cream that smells very subtly minty contains antioxidant-rich vitamin C to brighten, niacinamide to reduce the appearance of pores and fine lines, chestnut extract to gently exfoliate and green tea to reduce puffiness and inflammation. What's genius about this mask is that it's a no-nonsense product made for and by busy people. You slather it onto cleansed skin, leave for 10 minutes and then tissue off the excess. Skin feels moisturized and plump whilst looking brighter and calmer.

When used in the mornings, it can double up as a makeup primer, whereas come bedtime, it can set to work as an overnight treatment. It's cruelty-free; sulfate-free; paraben-free; made without synthetic dyes and fragrances; and vegan, so your conscience is truly clear with this clean beauty buy. 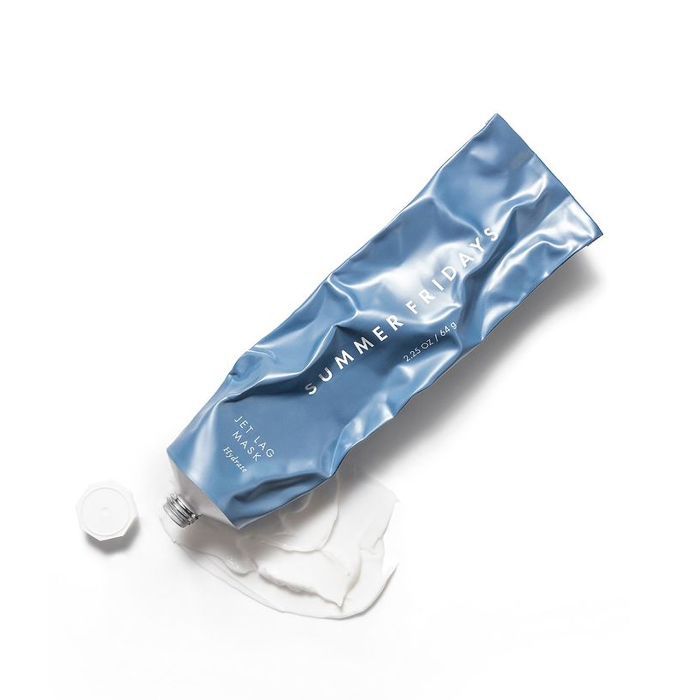 I told my deputy Shannon that I would take it home, use it once, and bring it back into the office for her to try but I might "lose" it by "accident." It's just too good to share.