This Ancient Persian Method of Hair Removal Is Going Mainstream

It only takes a few minutes of Google searching to find out hair removal has been an area of concern for centuries. While lasers, shaving, and waxing are certainly popular modern-day solutions for unwanted hair, back in 1900 BC, people did things a little differently. They used sugar. That’s right, the sweet stuff has been used to remove facial and body hair in a method called sugaring for ages. And now it’s making a comeback.

Scroll through to find out everything you need to know about sugaring!

Sugaring is an alternative to waxing that uses a warm, thick paste to remove hair. The paste is a mixture of sugar, lemon juice, and water—that’s it. It contains no chemicals and is naturally hypoallergenic, making it an excellent option for sensitive skin.

Sugaring is done without any strips—just a ball of the sugar paste mixture and the gloved hand of your esthetician. Sugaring is done with a warm mixture—at a temperature just slightly above room temperature (never hot). The paste is first applied in the opposite direction of hair growth. This molds the paste into the hair follicle. Then the sugar paste is “flicked” off in the natural direction of hair growth, taking the entire hair from the follicle wall with it.

What Are the Benefits?

Because the hair is removed in the same direction as hair growth (as opposed to waxing, which pulls the hair out against natural growth), there’s less discomfort involved. Yes, it’s still hair removal, but this method is gentler. Also, wax products are made of resins, which adhere to your skin, so when you rip off a strip of wax, you’re also tugging at your skin. Sugaring products do not stick to live skin cells. But they do grab dead skin cells. So with sugaring, you’re not pulling at your skin (which minimizes redness and swelling), and you’re actually exfoliating away dead skin (which leaves you with a soft, smooth result). Sounds pretty nice, right? The results last about as long as waxing—up to six weeks—and the prices should be similar too.

There is one caveat. While sugaring is gaining popularity, the service isn’t as widely offered as waxing. Can’t find a sugaring specialist in your hometown? Scroll down for two alternatives! 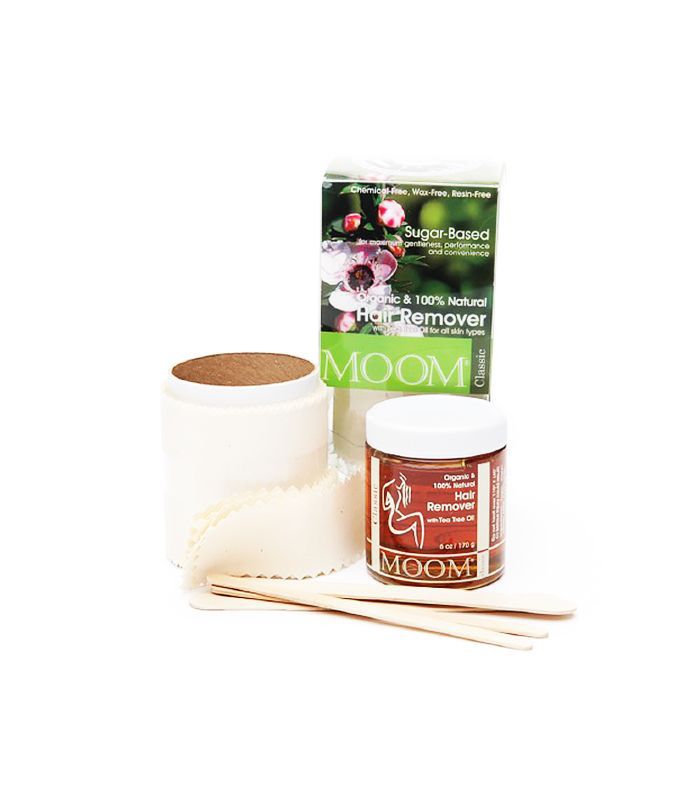 If you’re more of a DIY girl, you can make your own sugar paste at home. You just need a heavy saucepan, a candy thermometer, and three ingredients:

Combine the ingredients in a heavy saucepan and turn on the heat to medium. Once it starts to boil, reduce heat to low, and cook until the mixture reaches 250°?F. Then remove it from heat and let it cool for a bit before you transfer the mixture to a glass jar. Once the paste has reached room temperature, it’s ready to use.

Have you ever tried sugaring? Tell us your thoughts below!