Full disclosure: I've been a longtime skeptic of Sugarbearhair from the jump. For starters, the hero ingredient, biotin, lacks evidence that it actually encourages hair growth (research shows that it's helpful for those with a biotin deficiency or other rare hair and nail conditions, but for those with normal levels, doctors aren't buying that it's a viable solve). But I suppose what tripped me up even more is that I've come to brand it as a money-maker for ghosts of The Bachelor and The Bachelorette franchises' past, The Kardashians, and countless other influencers who take selfies with the tiny bears gripped between their teeth, swearing the candy-fied vitamins turn their mane into one even Rapunzel would envy. Something about making supplements both childlike and sexy via social media felt odd to me, and so, I wrote them off with a flick of my scrolling finger.

Recently though, Byrdie's editorial director, Faith, handed me a bottle of lavender-colored bears asking me if I wanted to try the brand's latest venture: sleep supplements. Lately, I've been trying to fall asleep earlier (early to bed, early to rise, as they say), and have been turning to Olly's melatonin and L-theanine-rich gummies to induce my snooze on nights when even the white noise of Bravo can't put me to sleep. So, after a quick scan of the ingredients list (melatonin, L-theanine, and lemon balm—just like my trusted Ollys—magnesium, and valerian root, each of which have science to back up their claims), I thought, Why not? 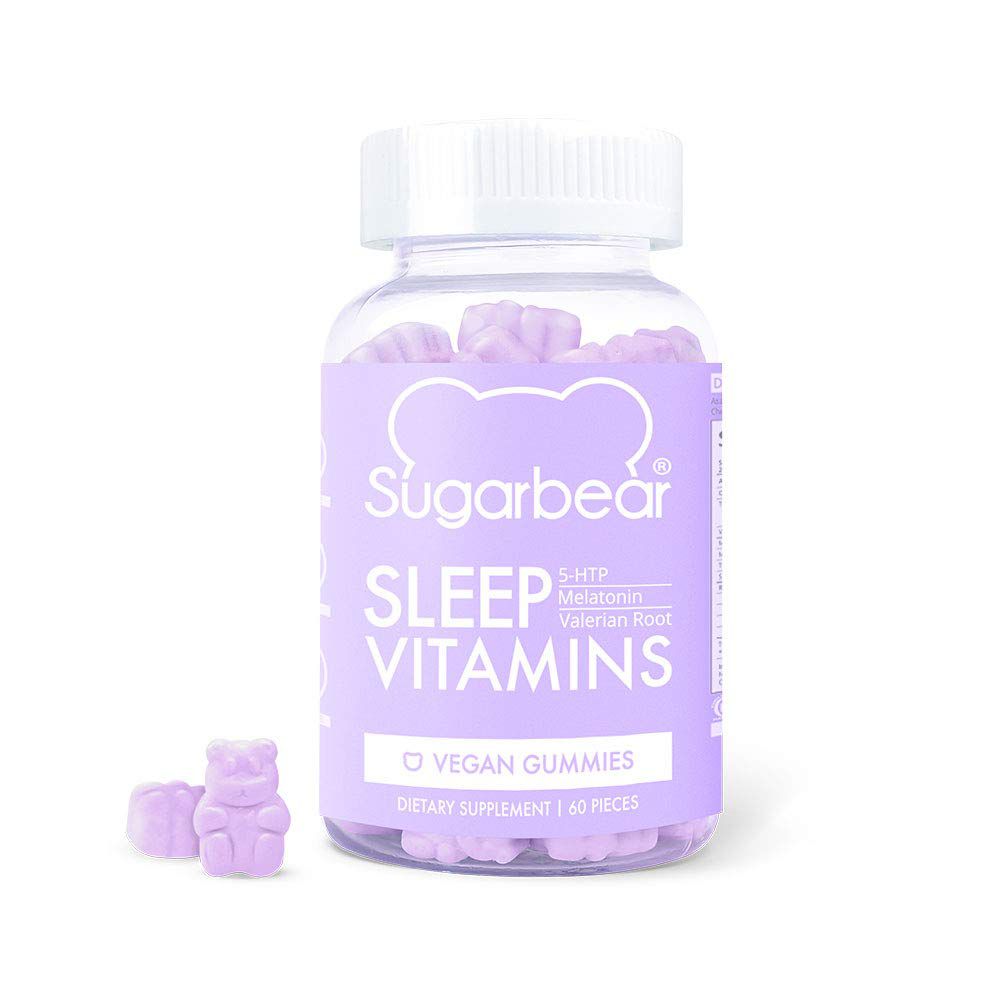 The bottle recommends thoroughly chewing two gummies 30 minutes before falling asleep, so I popped them in just before brushing my teeth, and right as they hit my tongue, I shrieked: They're delightfully—and dangerously—tasty (so be sure to not go over the recommended dosage or get them in the hands of children). I then turned on a mindless reality show, and even before a few housewives could get into an argument, I was passed out cold.

To test their efficacy, I took them again the next night, then a few nights later when I again had trouble catching some Zzzs, and sure enough, I woke up without even remembering at which point I dozed off.

One thing of note: I did feel a little groggy in the morning (I'm not much of an easy riser, so the bar is low to begin with) but I was hoping I'd feel a little more refreshed from going to bed at an earlier time. Turns out, melatonin can cause drowsiness, so this was just an unfortunate side effect that won't necessarily hit everyone. Overall, I'm a big fan of these delightful sleep-inducing gummies and they've earned permanent residency in my nightstand.

Up next: Science says this is the best time to go to sleep.