This Is How a Facialist Deals With Breakouts Underneath the Skin

Breakouts that form deep under the skin may be less visible compared to blackheads or your standard angry pimple, but they’re certainly not easier to deal with. Often, they're far more painful too. Also known as cystic acne or "blind pimples," spots that stay under the skin can be seriously tricky to get rid of.

Do you squeeze them? Steam them out? Do spot treatments even penetrate deeply enough to tackle them? As you can see, we have questions. Luckily, facialist Kerry Benjamin is on hand to help.

Keep scrolling for all you need to know about dealing with spots under the skin.

Kerry Benjamin is an expert facialist and founder of LA-based brand StackedSkincare.

First, What's the Difference Between a Cyst and Pimple?

“The main difference between cystic acne and the common pimple is that cystic acne forms well below the surface of the skin and produces what is called a nodule, which is the bumpy, hard, tender cyst that is the hallmark of this type of acne,” Benjamin tells us. And if you’ve been thinking that those deeply burrowed spots are the worst kind of all, you’d be right.

“Cystic acne is the most severe, painful form of inflammatory acne,” explains Benjamin. “It develops into large, firm, red blemishes that usually have no visible ‘head’ on the surface of the skin. But although it’s not as common as blackheads and pustules, for the millions of people who suffer from cystic acne, the damage is both physical and emotional.”

So what makes cystic acne such a nightmare? It’s all to do with how deeply they form below the skin's upper layer, says Benjamin. “Like milder forms of inflammatory acne, cystic acne consists of oils, fluids and white blood cells. Because they form so deep below the surface of the skin, however, the likelihood of damage and scarring, even if left alone, is much higher. The reason for this is that the pressure from such deep inflammation causes the entire follicle to collapse, trapping the base of the hair follicle under the skin and causing infection.”

So onto the reason we’re all here; what’s the best way to deal with spots that refuse to rear their head? “If you’re suffering from cystic acne, you should see a skincare professional for treatments at least once a month, to deep clean the pores and help alleviate some of the painful inflammation,” advises Benjamin. 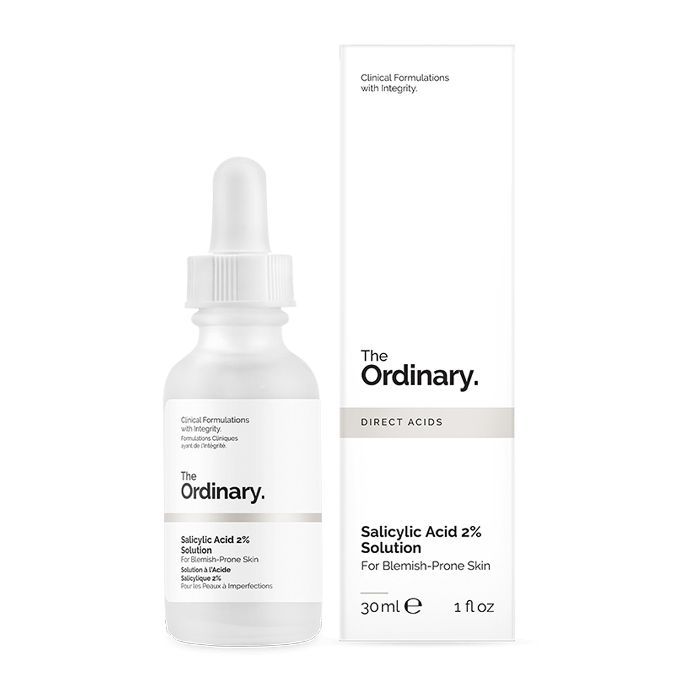 When it comes to at-home treatments, the key is all in gentle exfoliation—look to skin refining acids rather than grainy scrubs which can aggravate—and giving your skin the clean, healthy environment it needs to heal. As Benjamin explains: “Our Acne Power Stack (note: this product has been discontinued, but the included items are still sold separately) was designed specifically designed for cystic acne sufferers and contains our gentle TCA Multi-Acid Face Peel ($150) to promote skin sloughing and cell turnover, EGF Activating Serum ($150) to help speed up skin healing, the HA Hydrating Serum ($130) to feed and hydrate depleted skin."

When it comes to skin-clearing exfoliation, few do it better than salicylic acid. Dab this on spots to give clogged pores a deep clean.

Invest in a Breakout-Fighting Tool 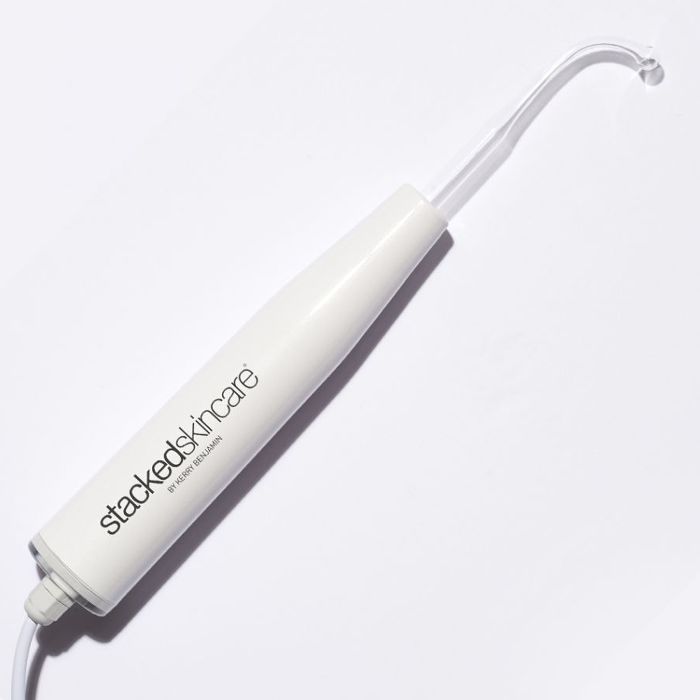 If topical skin care isn't enough and regular dermatology visits are out of the question, consider investing a bit more money in an at-home treatment. "Our High Frequency Tool which uses a small electrical current to kill acne-causing bacteria and inflammation instantly," says Benjamin.

Zap the skin bacteria that can trigger breakouts with this handy tool. The small electrical current works to oxygenate skin and kill off harmful bacteria, while reducing inflammation at the same time.

Also crucial: don’t squeeze or pick at your skin. “The contents of the cyst will most likely rupture under your skin, spreading the infection, and likely inflaming it even more,” warns our expert.

Find a Your Ideal Spot Treatment

Antibacterial and exfoliating topical creams and gels could be just what your breakout needs to kill the underlying bacteria/sweep out pore-clogging debris. Not sure which ingredient to use? Let these OTC products for cystic acne be your guide (and, if you're able, speak with a dermatologist to identify your best treatment plan).

That being said, acneic skin can be super sensitive, which is why you should pay close attention to ingredients and make sure you're not overdoing it. Stripping the skin of oil can actually make matters worse, so you'll want to apply acne-fighting ingredients just a few days a week at first to ease into treatment.

If You've Got Blocked Pores, Blackheads or Acne Then This Is the Facial For You