Feeling Low Vibes? Your House Could Be to Blame

With every new season, most of us get the decluttering bug. We start to clean out our closets and throw out the dead plants and no-longer-sticky sticky notes on our desks. But have you thought of clearing out stagnant energy in your home by adding some spiritual cleansing to the mix?

As a Reiki practitioner and spiritual junkie, I find energy takes pride of place in my mystical toolbox, along with tarot cards, alphabetized essential oils, and way too many self-growth books. Energy is everywhere—from the device you’re looking at right now to the floor beneath you. It’s also that indescribable feeling you get when you walk into your home and are greeted with a heavy, weird vibe that renders you incapable of relaxing and getting comfortable on the sofa.

Our homes are collectors of energy in the same way they accumulate hoards of stuff. So if you want to add more good vibes into your space and reduce feelings of stuffiness, energy clearing is a good way to start. There’s no one-size-fits-all approach—I alternate between different methods and do it whenever I notice any change in energy (mainly if I’ve had a lot of visitors or any major life events). Here are a few ways to up-level your cleaning routine and boost positive energy in your home.

Smudge Your Space With Sage and Palo Santo

You’ve probably seen people waving bundles of sage or lighting a piece of palo santo on Instagram or at the beginning of a meditation class. Smudging is an ancient ceremonial practice and has a history of use among Native Americans. It’s a process of burning certain herbs to cleanse and protect a space, and when they start to smoke, it blows away any negative energy. You’ll want to get a smudge stick that’s made from white sage (not the kind you'd find in your turkey stuffing). It’s sometimes mixed with other herbs such as lavender, juniper, or mugwort. You can also use palo santo, which is wood from the Bursera graveolens tree, native to South America and hailed for its healing and cleansing properties.

First, you need to open all the doors and windows in your home, then hold the sage or palo santo and light the end until it starts to smoke. Leave it lit for a few moments before gently blowing it out, leaving just the smoke behind. Then you can begin the smudging practice. "When smudging your space with sage and palo santo, it's easiest and most effective to use some sort of fan," Laine says. "It keeps the sage/palo santo burning more consistently and allows you to send the smoke in specific directions."

Once things are burnin', make your way from room to room, waving the smoke into all the opened and closed spaces, doors, and corners. "It's best to start in the entrance of the room or home and fan the smoke around the doorframe, up and down the walls, around any windows, and into the middle of the room(s)," says Laine. "Energy often gets trapped in corners, so I usually spend a little extra time in those areas."

So how often should you cleanse or smudge your space? "I definitely recommend doing it when you first move into a new home or room," states Laine. "[Also] any time there has been any large energetic shift or even [something] that takes place in a room—breaking up with a partner, having new people in your space, bringing in new pieces of furniture, etc."

The smudging ritual and the plants it involves are considered sacred medicine to Native Americans/Indigenous Nations. Avoid cultural appropriation by fully understanding the history of this practice and its significance before you decide to incorporate it into your routine. If you're non-native and still want to practice smudging, avoid mass-market retailers and instead buy sage from a Native American—owned business. 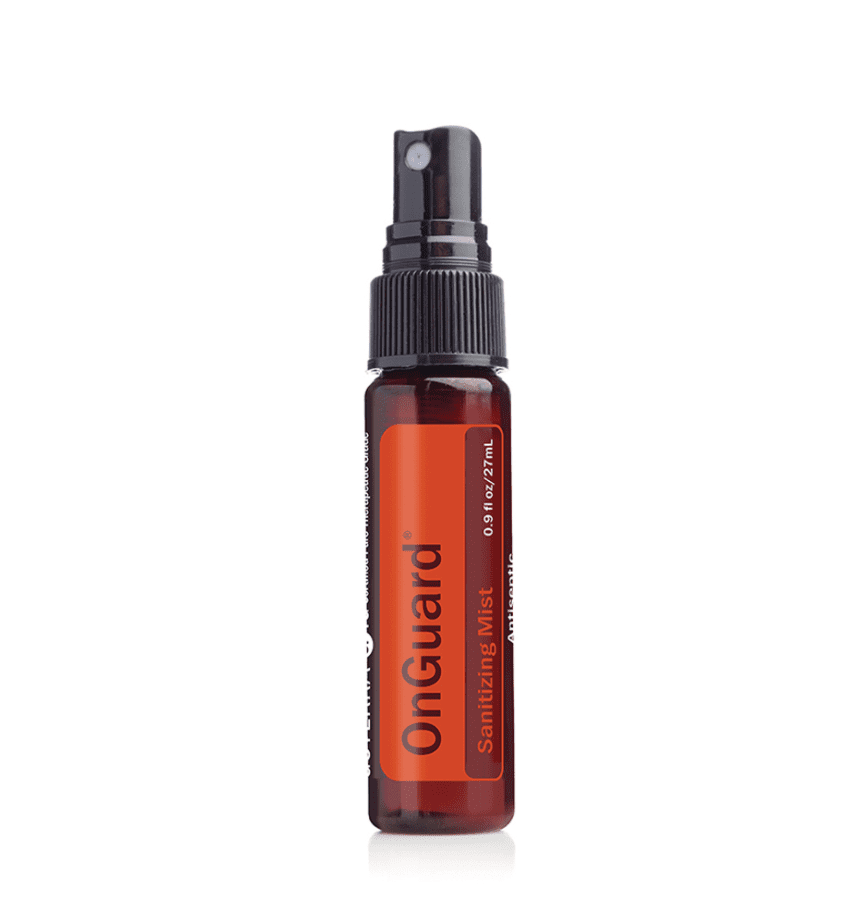 If you can’t already tell, I’m very serious about energy clearing, and on a recent trip to L.A., I didn’t want to stuff sage into my suitcase or set off a fire alarm in the hotel. So I made a travel-friendly clearing essential oil spray to spritz around the hotel room instead. I used white sage, lemon, juniper berry, and cedarwood essential oils, which all have cleansing and purifying properties. I then added the oils to a distilled water and alcohol base and mixed them in an amber glass spray bottle under a full moon for extra superpowers.

If you have a diffuser on hand, that's also a travel-friendly option and could be utilized in between smudge sessions. "You can move the diffuser around the space as needed to be sure the oils are reaching the areas desired," says Laine. Her favorite scents? "Lemon—or any citrus—and On Guard [a specific essential oil blend made by DoTerra]."

The DIY spray is my go-to when I don't want to smoke in my home or stay somewhere new and don't want to do an entire ritual with sage before bed. With the wellness spray, I just go from room to room and spritz. "It should be noted that you should pay attention to the quality of the oil—not all oils are created equal!" warns Laine. "It is worth it to invest in the purest options you can find to get the greatest benefit."

Multitask With Crystals for Both Style and Function 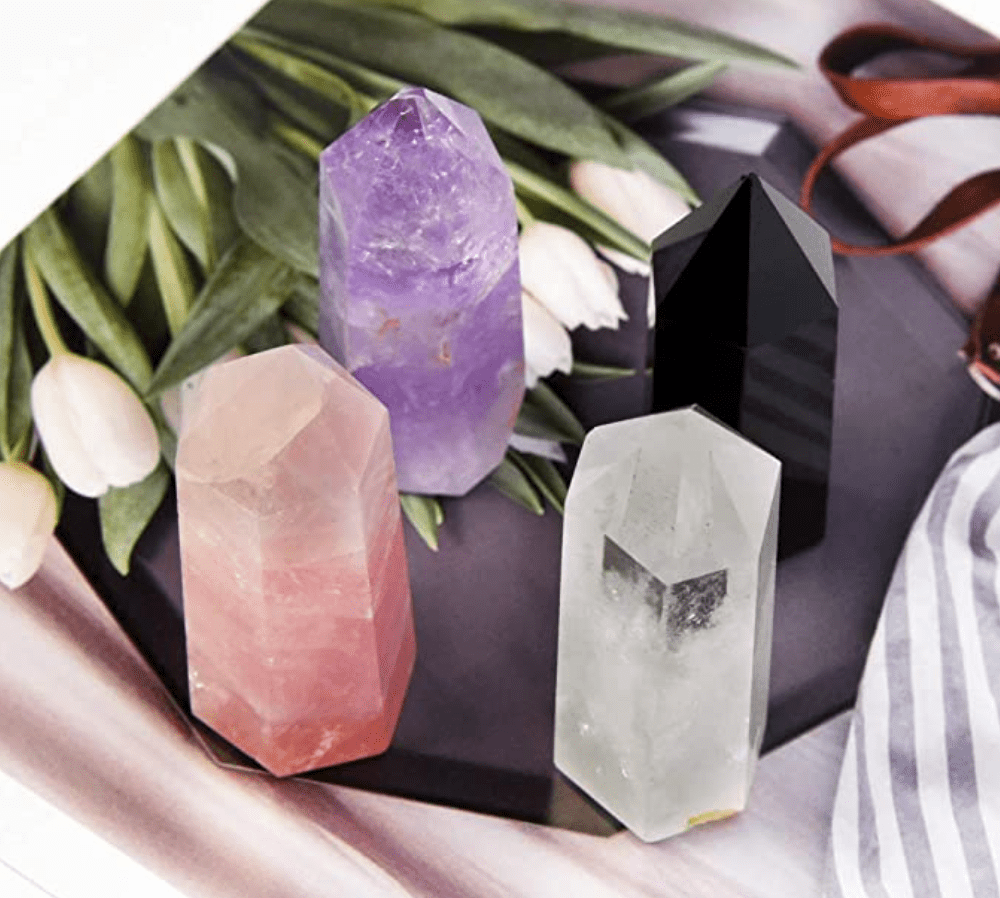 We’re all on a crystal high at the moment, and we love the stones for a valid reason—they’re instant energy shifters, and they look pretty great while they do it. Choosing crystals that are a good vibrational match for upping the positivity in your home is another way to spiritually cleanse. "Those that are in druzy or cluster form are best," says Laine. "They have the most termination points that send energy out in various directions to cover the most energetic ground."

When you’re working with crystals, especially as energy purifiers, cleanse and charge them regularly to keep their potency. You can wash them a few ways before using by rinsing under running water, in sunlight, or through the smoke of sage and palo santo. You can then charge them by leaving the crystals out overnight under the full moon and setting an intention for them by holding the crystals in your hand and programming with a purpose.

Selenite is like the Febreze of the crystal world, as it blocks negative energies and cleanses auras like no other. You can place it by your front door or near windows to prevent any negative energy from coming in, and I usually have one at the bottom of my wardrobe.

Black tourmaline is also powerful for soaking up bad vibes and works well when placed in each corner of a room. Laine considers black tourmaline to be a protective stone and recommends placing it in your doorway to "act as a protective shield and block negative energy from entering your space."

Apophyllite works like a humidifier and eliminates low energies and vibrations, making it great for large spaces and cutting through energy if your home has had many visitors.

I usually have a piece of amethyst on my bedside table for its harmonious and soothing properties that also send out protective energy. It works well in a space that you’ve cleared to fill it up with more positivity.

Avoid fake crystals, and be sure to buy from a reputable seller. You want to spend your hard-earned money on a product that's real and not glass or plastic. Find someone who has many positive sale reviews and can answer any questions regarding the crystal(s) you want to purchase.

Use Sound and Visualization to Shift Energy

Sound is one of the most effective ways to move energy, and as counterintuitive as it seems, once the sound stops, it promotes a more profound sense of peace and quiet, and you become more aware of the silence it leaves behind.

I’m not suggesting you go out and buy a giant gong to set up next to your TV, but you can use a few different tools. Your voice is a powerhouse, plus it’s free. You can chant an affirmation as you walk around your home or find a deep vibrational sound that resonates with you. If in doubt, you can always use the universal sound of om.

Tibetan bowls, cymbals, bells, and chimes are also special tools for sound healing, and you can use them to move the sound into the corners of each room to clear the energy. "I use a Tibetan bowl that has a handle that's helpful when cleansing spaces," says Laine. "You can strike the bowl and use the handle to swipe the bowl through the air in the space in a similar way that you would a sage or palo santo stick."

Visualization is accessible to everyone, and if you don’t connect with any of the above tools, it’s an easy way to clear your home. All you need to do is close your eyes and imagine a pure white light filling every room, and as the light starts to disappear in your mind, it takes all the negative energies away with it, leaving only high vibes behind.

If you just don't have the space or budget to bring sound healing tools into your home, a quick Internet search is sure to give you access to the tools virtually. "Nothing beats having the real thing in person," states Laine. "But you can also use recordings of a sound bath or singing bowls through speakers in a room and use the same visualization."

With all these energy clearing methods, you’ll notice that you're allowing more space for good things to come into your life and home.