How to Use Spearmint Tea for Acne

According to a dermatologist.

I'm a bit of an acne treatment aficionado. In high school and college, I tried prescription pills and topical treatments, OTC creams, pads, cleansers—you name it, I've probably tried it. One time, in a moment of desperation, I bought these little medicated circular stickers that you place on your pimples to make them "disappear." (Spoiler: They didn't work, and I looked like a ladybug).

Fast-forward a few years, and my skin has cleared up dramatically (I attribute this to a better diet, better skincare regimen, and a shift in hormones). But while most of my pimple problems have vanished, my willingness to be a guinea pig for different acne treatments hasn't. I still get the occasional breakout and have these annoying little bumps in my T-zone, so when Dr. Carl Thornfeldt told me that drinking two cups of spearmint tea every day was more effective at clearing acne than prescription remedies, I couldn't grab my mug fast enough.

Read on to learn whether spearmint tea can really work as a remedy for acne.

The Benefits of Spearmint Tea

Thornfeldt notes that using mint to treat acne isn't something new, but spearmint has been gaining well-deserved praise: "It has been documented that spearmint is the most potent of the different mints in killing skin disease-causing bacteria and yeasts. In addition, spearmint has the most anti-inflammatory activity of the mint varieties." And the health benefits don't stop there. Apart from wielding anti-bacterial and anti-inflammatory properties, a study by the Journal of Medicinal Food suggests that spearmint tea is also high in antioxidants, comments Chen.

Does Spearmint Tea Work for Acne?

It likely depends on the person, but it shows promise. In a 2015 study by the American Academy of Dermatology, two cups of organic spearmint tea ingested daily reduced inflammatory acne lesions by 25 percent after one month and by 51 percent after three months, notes Thornfeldt. "When compared with 100 milligrams of prescription minocycline [Ed note: a prescription acne oral medication] taken once daily, after three months of use, minocycline reduced the number of acne lesions by 52 percent, but it caused side effects in about 20 percent of the patients. Spearmint tea induced no side effects," Thornfeldt says.

Chen adds, "Research proposes that spearmint tea has anti-androgenic properties, meaning that with acne, the effects of anti-androgens include reduced sebum production." This can be a good thing for those with acne-prone skin since excess sebum can result in clogged pores, oily complexions, and you guessed it: breakouts. Yet, despite spearmint tea's health claims, Chen admits that there's still more to be discovered if we're to understand exactly how spearmint tea affects the skin. "I would say that research indicates some health benefits associated with drinking spearmint tea, however, additional research is needed into some of its properties to claim if drinking spearmint tea is the be-all-end-all remedy for acne," she says.

How to Use Spearmint Tea for Acne 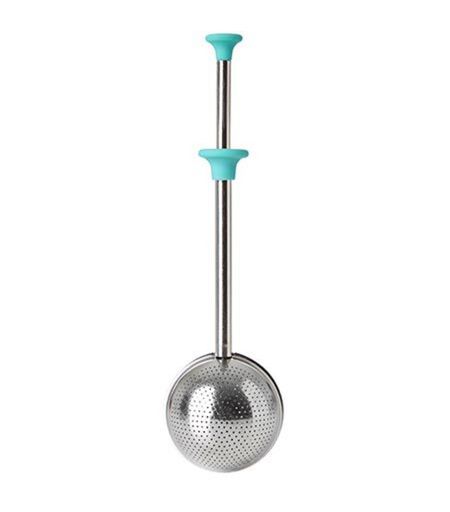 I decided to put the herbal remedy to the test. If I was going to commit to weeks of drinking the same flavor of tea twice a day, I wanted to make it enjoyable. I got set up with a big canister of spearmint tea from David's Tea, a handy infuser ($5), and a travel mug for my commute and the office. At first, I was worried that so much mint would be too much to tolerate (probably because of my aversion to mints after once eating an entire bag of spearmint Lifesavers and getting a huge bellyache), but surprisingly, it was totally fine and quite enjoyable. Oddly enough, the spearmint energized me during the day yet helped soothe me to sleep when I sipped it before bed. It was the best of both worlds.

As mentioned earlier, spearmint tea may be less effective than prescription acne medication, but it's also far less likely to cause side effects. This is a pretty safe option, and it probably won't hurt you to give it a shot as a supplement to your regular skincare routine. Of course, see your doctor if you have any concerns.

I'm happy to report that drinking spearmint tea helped clear my skin. I didn't use any acne cream or cleansers the entire month that I tested the tea and kept my diet the same as usual. Even during the week of my period (which is when I break out the most), I barely had so much as a blemish. During a visit home, my mom noted that my skin looked like "porcelain." I hadn't heard her say that in ages, and with that, I happily (and smugly) sipped my tea. Tea time, anyone?

This Teen Cured Her Cystic Acne Using Green Tea and Honey—Here's How
Article Sources
Byrdie takes every opportunity to use high-quality sources, including peer-reviewed studies, to support the facts within our articles. Read our editorial guidelines to learn more about how we keep our content accurate, reliable and trustworthy.