This Korean "Beauty Filter" Face Cream Is Unlike Anything We've Tried

As beauty editors, we get bombarded with a ton of new products every day (we know—tough life). Reviewed is a series where we report on some of the best products we’ve tried. Whether it’s a drugstore lipstick that lasted all day or a hand cream that saved us this winter, you’ll find all of our favorites in this column. Enjoy! 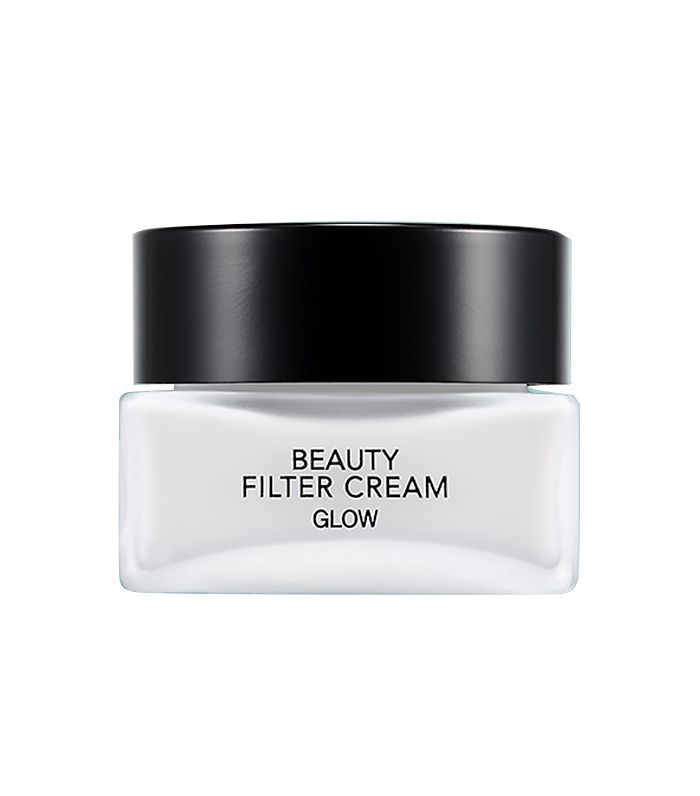 I won't lie—using the Instagram "pretty filter" (you know the one) to snap a selfie is a bit of a game-changer. It whitens your teeth and smooths skin texture just enough to the point where you don't look altered, just enhanced, if you will. Ideally, I'd skip the filter altogether in favor of good skin (and maybe a closed-mouth smile), but using the filter has become somewhat of a security blanket. At its core, I realize this is problematic: Wielding the filter is rooted in self-consciousness, but we're not supposed to be perfect in our photos—that's the reality.

All this considered, I still found myself swiping over for the filter time and time again. That is, up until recently when I received a beautiful glass jar from Charlotte Cho, co-founder of Soko Glam, with the words "Beauty Filter" affixed on the front. It's the Korean-beauty destination's exclusive product, Son & Park Beauty Filter Glow Cream, and it acts as a hydrating moisturizer that primes your skin for makeup. Truth be told, I'm not a big fan of primers and always forgo them in my routine, but I thought the name was cheeky and enticing, so I decided it was worth a whirl. It helps that I treat Cho's recommendations as gospel.

I was so excited to try the product that I didn't thoroughly research the ingredients beforehand and instead eagerly swiped it on over my serum. Within seconds, my skin had a purple-pink sheen to it everywhere the light hit, an effect I've never gotten from a moisturizer or a primer before—only a highlighter. This was all due to what I'd later learn were pearl extracts creating an actual pearlescent sheen on my skin. It's also got an insanely creamy texture, sort of like a thickened Cool Whip, leaving behind a baby-skin-smooth base for makeup. After several minutes of moving my face around in front of the mirror in awe, I sponged my foundation on, continued with the rest of my routine, and headed off to work.

You probably read a lot of reviews where the editor claims they tried a new product and were aghast at the results, but trust me when I say I was in awe of the glow my skin gave off on that first day, so much that it's been a mainstay in my routine since. What's cool too is that you don't necessarily see it effects post-foundation until the day has worn on a bit and the chemistry of your skin's oils warming up your makeup allows the pearl to do its work. Instagram filters be damned.

Take a look at the video below to see the pink-purple glow in action. (Caution: It's incredibly mesmerizing.)