Sodium Hydroxide for Skin: Benefits and How to Use 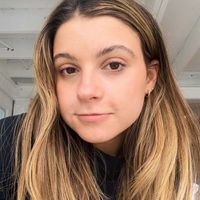 What Is Sodium Hydroxide? Benefits Side Effects
How to Use The Final Takeaway Frequently Asked Questions

Unfortunately, between the self-proclaimed beauty “experts” on TikTok and the increasingly blurred line between scientific fact and marketing jargon, the beauty community is rife with misinformation and fear-mongering. At this point, we’ve heard it all—everything from claims that certain hair care products will make your hair fall out to allegations that tanning beds are good for you (they are decidedly not).

And the discourse on product ingredients and formulations might just hold the Pandora’s Box of all beauty misinformation. What’s good for you? What should you avoid? It’s never been a straightforward, simple answer, but it’s become even more confusing with all of the chatter.

So we’re setting apart fact from fiction, one ingredient at a time. Meet sodium hydroxide, a hotly debated skincare ingredient perhaps better known as lye. Yes, that lye. We asked board-certified dermatologists Anthony Rossi, MD, and Joshua Zeichner, MD, to tell us all about it.

As it turns out, things aren’t always as they seem. Keep reading to learn why this scary-sounding substance isn’t so bad after all.

Main benefits: According to Rossi, sodium hydroxide helps maximize the efficacy of certain products, particularly cleansers and leave-on exfoliants, that require the pH to be held within a very specific range.

Who should use it: While there’s been ample fear-mongering, both dermatologists agree that it is generally considered safe to use in beauty products. That being said, every person is different. Rossi suggests that anyone who is highly allergic or sensitive spot-test the product first on the forearm.

How often can you use it: Since sodium hydroxide is used in cosmetics in very low quantities, it can be used daily without irritation.

Works well with: Since sodium hydroxide is used mainly as a pH balancer, it’s a fairly common ingredient in a handful of formulas, according to Rossi. You’ll generally find it in very acidic and very alkaline formulas.

Don’t use with: Sodium hydroxide works well with most other ingredients. It’s not so much about what it’s used with as much as how much is used.

What Is Sodium Hydroxide?

In large amounts, sodium hydroxide is absolutely caustic, no questions asked. However, the amounts used in skincare products tend to be so small that they’re generally completely used up in the process of balancing pH levels, and therefore totally fine for you.

Sodium hydroxide also helps saponify oils—in other words, it helps oils and fats lather and foam up in soaps and cleansers. If you like a good lather during your cleanse, you probably like sodium hydroxide.

Benefits of Sodium Hydroxide for Skin

Sodium hydroxide has a select few, but very important, benefits for the skin:

In order to fully understand why sodium hydroxide is so beneficial to the skin, we need to talk about pH levels.

As we learned in middle school science class, the pH scale runs from 0 to 14, with anything below 7 (which is pH neutral) considered acidic and anything greater than 7 considered alkaline (or basic). Maintaining a pH level of around 5.5 (or between pH 4 and pH 6) is ideal for balanced skin. At this level, the skin’s acid mantle can effectively act as a layer of protection against environmental factors like allergens, pollutants, and bacteria.

Because pH balance is so key to great skin, sodium hydroxide can be found in tons of beauty products—both those you wash off and leave on. Rossi goes so far as to call it a common ingredient in the beauty world.

Side Effects of Sodium Hydroxide

In an effort to avoid fear-mongering, we’ll leave it at this: Sodium hydroxide can be very harmful when used in large amounts. That being said, the amount used in skincare is so small that it’s unlikely to cause any sort of damage to the skin. And, on the off chance that someone does have a reaction to the sodium hydroxide in skincare, it will cause effects more along the lines of dryness or redness, not a medically serious burn.

As Rossi and Zeichner both underscore, sodium hydroxide is absolutely considered safe to use in beauty products. End of story.

Usage depends on the product—follow whatever specific instructions a product gives. That being said, you might want to spot-test it first if your skin is especially sensitive or reactive.

So maybe sodium hydroxide in skincare isn’t going to burn your face off. I mean, beyond the actual science of it all, can you imagine a beauty brand putting out a product that was legitimately unsafe and harmful? Talk about a PR nightmare, not to mention the lawsuits.

The lore around sodium hydroxide is proof that fear-mongering is very real, even if it’s done with the best of intentions. At the end of the day, science never lies, so find the facts and let them lead the way.

FAQ
How Much Do You Really Know About Sodium Hyaluronate?
Article Sources
Byrdie takes every opportunity to use high-quality sources, including peer-reviewed studies, to support the facts within our articles. Read our editorial guidelines to learn more about how we keep our content accurate, reliable and trustworthy.