Everything You Need to Know About Sodium Ascorbyl Phosphate

Dermatologists say this gentler form of vitamin C offers a host of different benefits for your complexion.

Vitamin C may be your go-to pill to pop when you feel a cold coming on, but it also reigns supreme in the skincare world, as one of the most effective vitamins you can use topically to reap a multitude of benefits. Though as with other major skincare ingredients (we're looking at you, retinoids), there's more than one type of vitamin C out there. And while they all work similarly, there are some noteworthy differences among them. Such is the case with sodium ascorbyl phosphate, a version of vitamin C that offers plenty of good-for-your skin benefits, while also being gentler and more stable than its counterparts. Ahead, Chicago dermatologist Jordan Carqueville, M.D., Michele Farber, M.D. of the Schweiger Dermatology Group Dermatology Group in New York City, and Mona Gohara, M.D., associate clinical professor of dermatology at Yale School of Medicine give us the lowdown on this VIP vitamin.

WHO SHOULD USE IT: In general, because this is less potent than other forms of vitamin C, it’s generally safe for all skin types, though some people may experience mild irritation.

HOW OFTEN CAN YOU USE IT: Once to twice daily, although it’s always a good idea to start by using it just a few times per week and gradually increasing the frequency in order to ensure your skin can tolerate it, advises Farber.

WORKS WELL WITH: Other antioxidants, in particular vitamin E and ferulic acid, as well as hydrating ingredients such as hyaluronic acid.

DON’T USE WITH: Benzoyl peroxide can oxidize vitamin C, and retinols work best at a different pH, says Farber. If both of these are a part of your regimen, use them at different times of the day.

What Is Sodium Ascorbyl Phosphate?

Simply put, it’s a form of vitamin C, technically a salt, explains Carqueville. It’s notably less potent than the more commonly used form, l-ascorbic acid. “I think of l-ascorbic acid as the equivalent of lifting a ten pound weight, and sodium ascorbyl phosphate as a five pound weight,” says Gohara. "It's lighter and less intense, though still beneficial.” L-ascorbic acid is the bioactive form of the vitamin, a fancy of way saying it's the form that your skin can actually use. Sodium ascorbyl phosphate ultimately converts into ascorbic acid once it's in the skin;﻿﻿ this conversion process is what makes it less active and, yes, also less effective. Still, this is also also why it's much less likely to cause irritation, Gohara explains.

The other major benefit? Most forms of vitamin C, l-ascorbic acid in particular, are notorious for being highly unstable, and easily degraded when exposed to light or oxygen. (This is why you'll often hear that it's best to look for vitamin C products housed in dark, opaque bottles.) Not the case here: “Sodium ascorbyl phosphate is considered to be one of the more stable forms of the vitamin and is light-, oxygen-, and water-stable,”﻿﻿ says Carqueville. And that makes it not only easier to incorporate into different product formulations, but also means you don't have to worry about it losing its potency.

At its core, any type of vitamin C is a top-notch antioxidant, although it delivers other types of benefits as well.

Fights free radicals: To that antioxidant point, “it works to combat the effects of UV damage by scavenging the free radicals that cause DNA changes and lead to signs of photoaging,” says Farber.﻿﻿ (As a quick reminder, exposure to sun and pollution creates free radicals in the skin, which ultimately can cause things such as spots, wrinkles, and sagging.)

Boosts collagen production: Along with those antioxidant properties, sodium ascorbyl phosphate is an ideal anti-aging ingredient, thanks to its ability to stimulate the production of collagen, the protein responsible for strong, youthful skin.﻿﻿ (Interestingly enough, ingesting vitamin C can have the same effect.)

Evens out skin tone: Sodium ascorbyl phosphate is a great ingredient for those looking to combat hyperpigmentation or dark spots, says Carqueville. By inhibiting tyrosinase, the enzyme needed to produce melanin (pigment), it can help both fade existing and ward off future discoloration.﻿﻿

Has anti-microbial benefits: According to study published in the journal Pharmaceutics, sodium ascorbyl phosphate has an anti-microbial effect, making it a good acne treatment.﻿﻿ Coupled with the fact that it’s less irritating than other forms of the vitamin, it's a good pick for those prone to breakouts.

Side Effects of Sodium Ascorbyl Phosphate

While the more intense forms of vitamin C can be notoriously irritating, sodium ascorbyl phosphate is a great option for those who can’t tolerate it, says Gohara. Still, it is a very active ingredient, so there is some potential for irritation, particularly for those whose skin is on the super sensitive side.

To get the most bang for your buck, look for serums with sodium ascorbyl phosphate, which will contain a higher concentration of the ingredient than a lotion or cream. Apply it in the morning, after cleansing, before moisturizer. This is prime-time to reap the antioxidant benefits of the ingredient, as it will combat any free radicals that form due to the sun or pollution you're exposed to throughout the day. You can also look for serums that cocktail it with other antioxidants, or even layer an additional antioxidant serum on top, suggests Gohara. Just be sure to cap off this morning routine with a broad-spectrum sunscreen with at least an SPF 30. 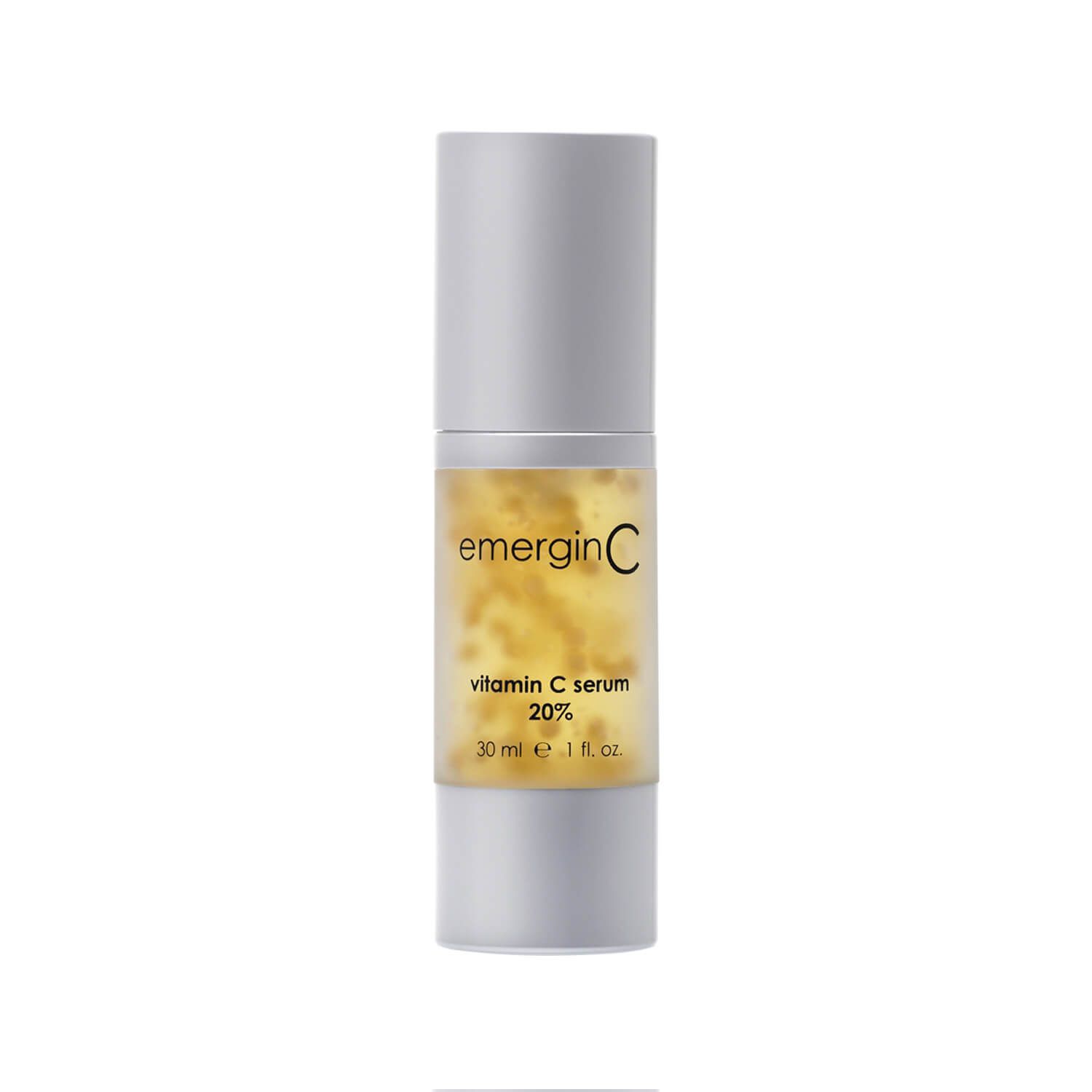 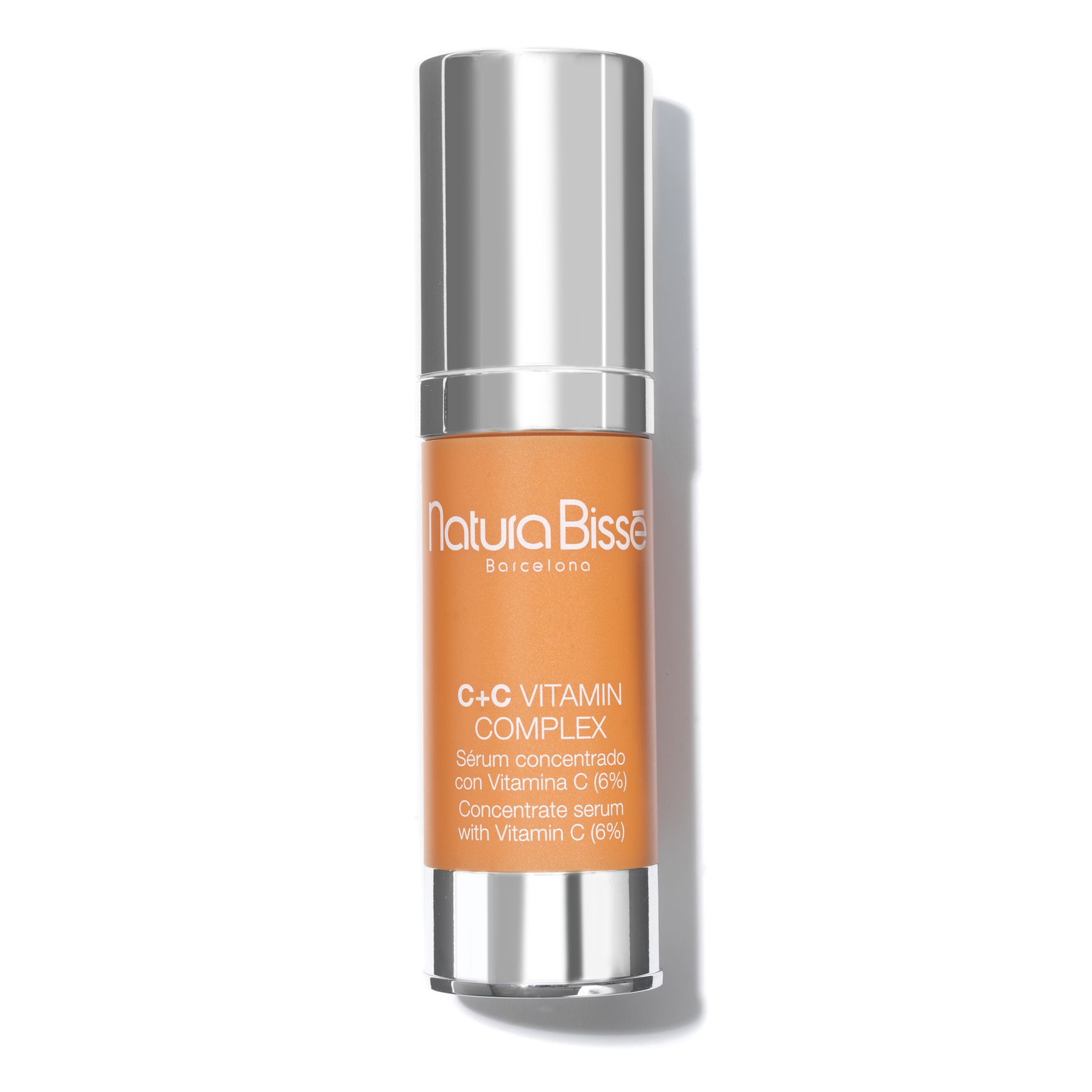 "This gentle option provides a dose of both amino acids and antioxidants for cell renewal and anti-aging," says Farber. Use it daily for softer, smoother, more luminous skin. 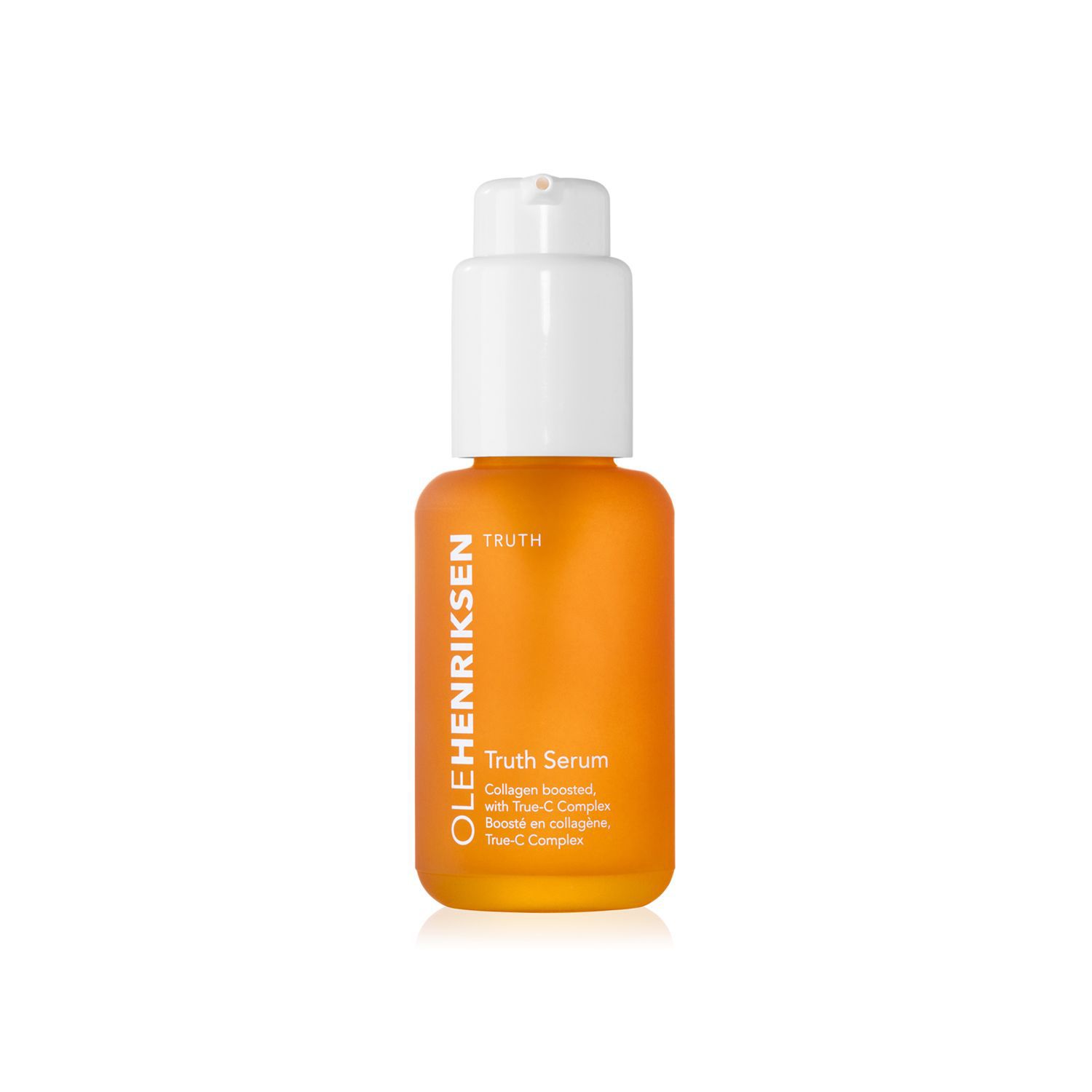 Fun fact: Ole Henriksen was one of the original proponents of using vitamin C in skincare. This effective serum from his eponymous product line combines both sodium ascorbyl phosphate and collagen for a one-two anti-aging punch, targeting spots, wrinkles, and more. It's no wonder Byrdie editors think it's one of the best vitamin C serums out there. 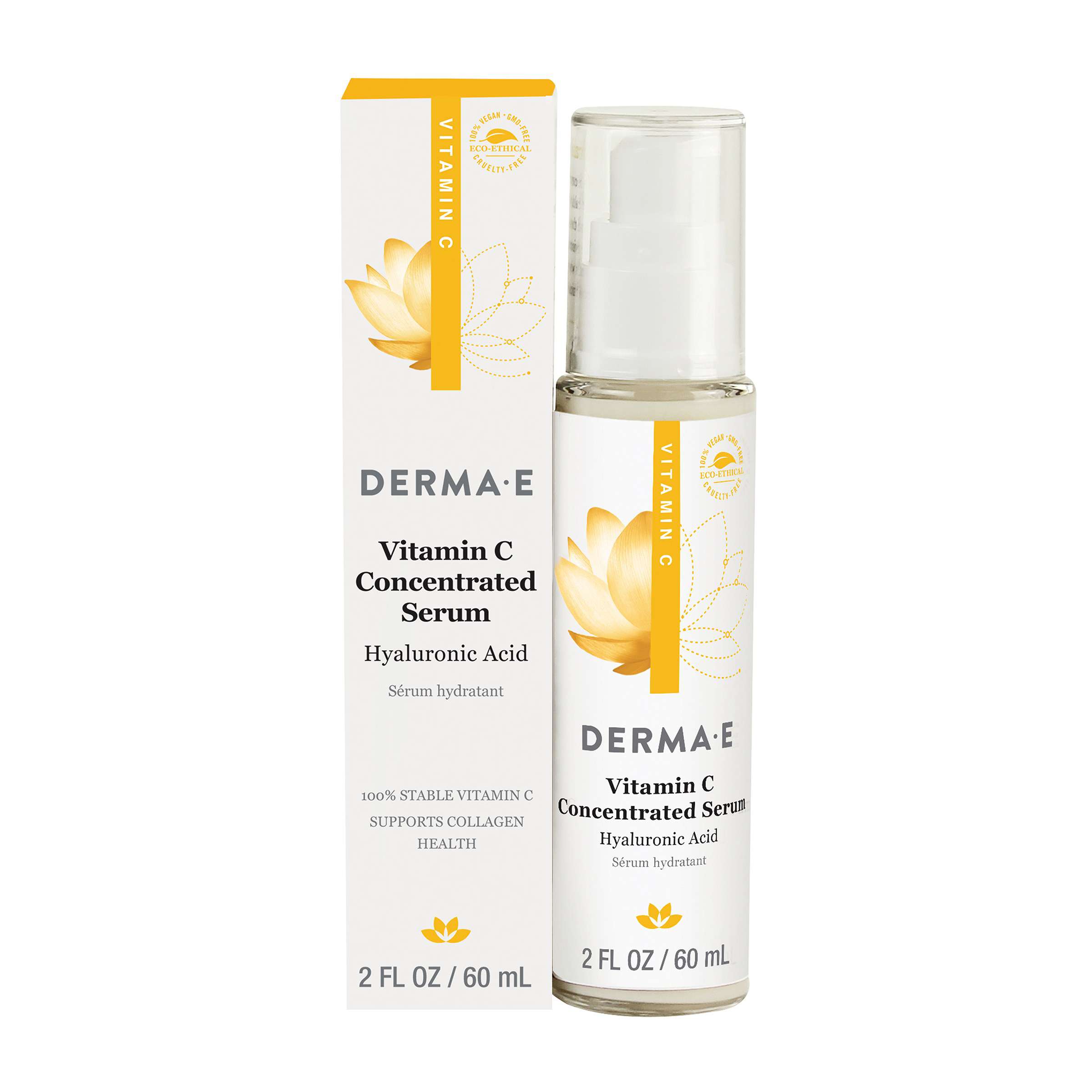 Sodium ascorbyl phosphate is the star of the show in this serum, from the (very affordable) brand often recommend by dermatologists. It's bolstered by hydrating glycerin and hyaluronic acid, making it moisturizing though still lightweight, everything we could want in a serum. 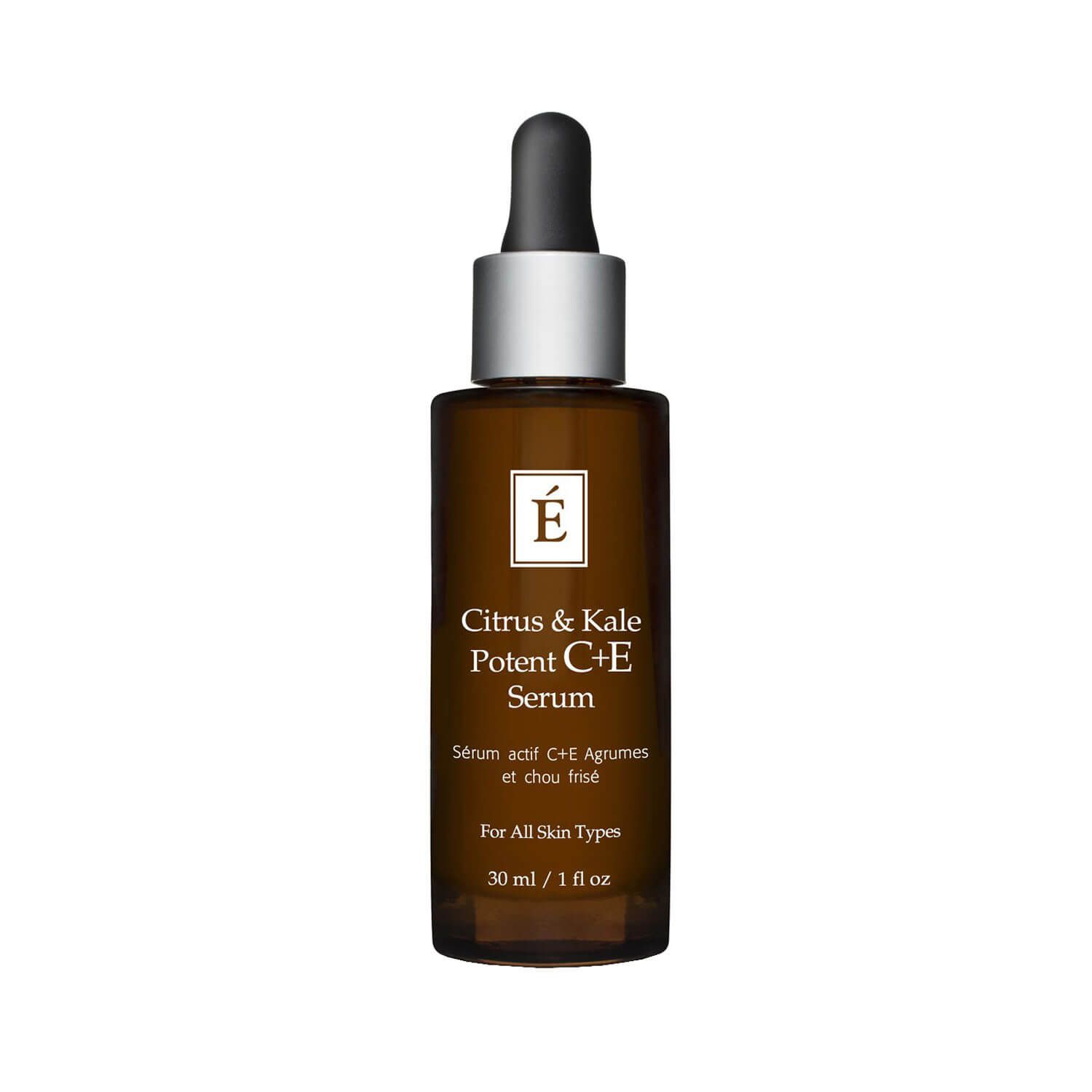 Gohara likes this "cosmetically elegant and highly concentrated" option, which contains both l-ascorbic acid and sodium ascorbyl phosphate for a double-dose of vitamin C. Vitamin E and ferulic acid round out the antioxidant trifecta. 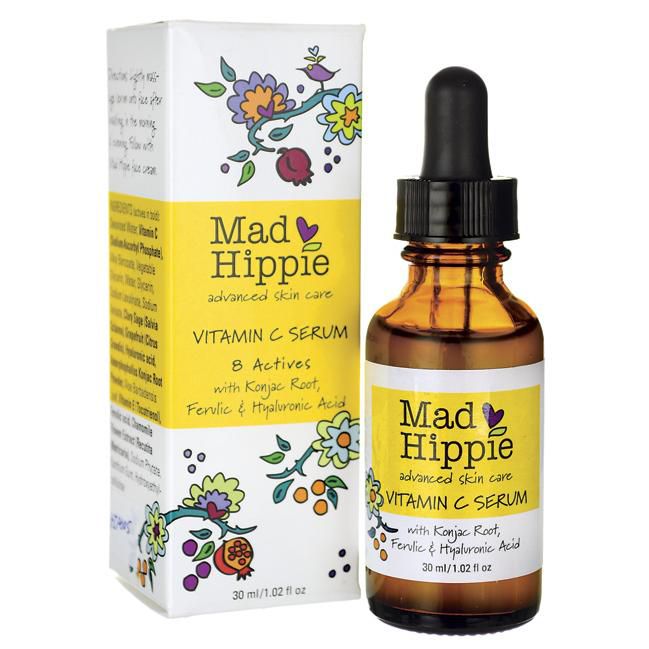 Carqueville recommends this serum; it combines sodium ascorbyl phosphate along with two other antioxidant powerhouses, vitamin E and ferulic acid, all of which work synergistically. Hyaluronic acid makes it extra hydrating. 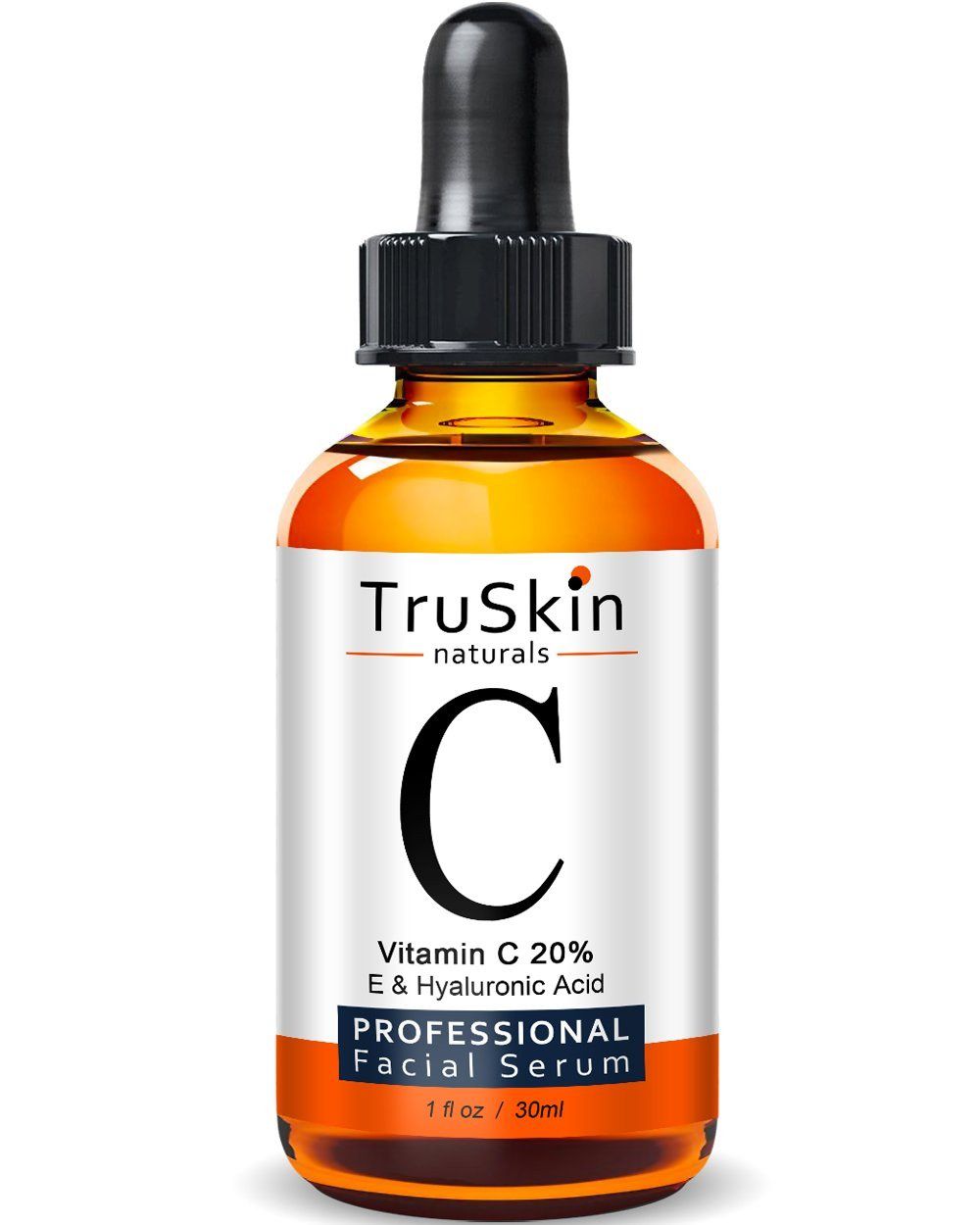 One of Byrdie's picks for the top vitamin-C infused products, this is a reader favorite. It's also an Amazon favorite, a top-seller that constantly draws raves reviews from customers who post impressive before and after photos.

Up next: Check out this time-lapse video that shows exactly how much vitamin C can do for your skin.

Featured Video
Article Sources
Byrdie takes every opportunity to use high-quality sources, including peer-reviewed studies, to support the facts within our articles. Read our editorial guidelines to learn more about how we keep our content accurate, reliable and trustworthy.