At Byrdie, we’ve known for a long time that taking a moment out of your busy day to luxuriate in a moment of skincare is a stress-relieving ritual. And we also know that stress can negatively impact our complexions, from exacerbating acne to eczema flare-ups, so clearing time in your schedule and devoting it to your skincare regimen isn't as frivolous as it may (at first) seem. But now, science has proved that a simple three-step skincare routine really does reduce cortisol levels (the stress hormone secreted by our adrenal glands when we're under pressure).

Skincare brand Rodan + Fields carried out an eight-week study titled "Improvements in acne-prone skin quality correlate with a reduction in saliva cortisol levels after use of an 8-week 3-step topical regimen" published in the Journal of Investigative Dermatology and gave Bydie all the exclusive details. A team of experts, including the brand founders, Katie Rodan MD and Kathy Fields MD, studied 30 acne-prone women, aged 18 to 45. During eight weeks, the women followed a three-step skincare regimen twice a day that included antioxidants, electrolytes, prebiotics, and sunscreen. Saliva samples, along with clinical grading and TEWL measurements, were taken at the beginning (known in the science world as the baseline) and again at week eight; the subjects were also asked to complete a questionnaire on their skin quality at the beginning and end.

What stood out to the research team was that cortisol levels (determined from saliva using ELISA kits) decreased from an average of 435 ng/dL at baseline to 73.3 ng/dL (P≤0.005). That's a massive reduction in stress! And that wasn't the only improvement the team observed. "Concurrently, a statistically significant increase in barrier function (TEWL) corresponded to a clinical improvement in [a] healthy glow," the researchers noted. "Subjects reported a significant improvement in pore appearance and a decreased number of acne lesions at the end of the study.

"In addition, 76% of the subjects felt more confident about posting a selfie at the end of the study compared to 53% at the beginning. We suggest that one of the factors responsible for the observed decrease in saliva cortisol levels may be a reduction of emotional stress due to improved skin quality."

In the questionnaires that the women filled out, they mentioned improvements like, "my skin looks less stressed and less reactive”, "I am less self-conscious about how my skin looks”, and "I feel in control of how my skin looks”. Living with skin that is reactive, feeling self-conscious or out of control are all factors that can contribute to an emotional response, so it's little wonder that following a skincare regime that improved the look and feel of the womens' skin had a positive effect on their stress levels and, in turn, left them feeling happier and more confident. 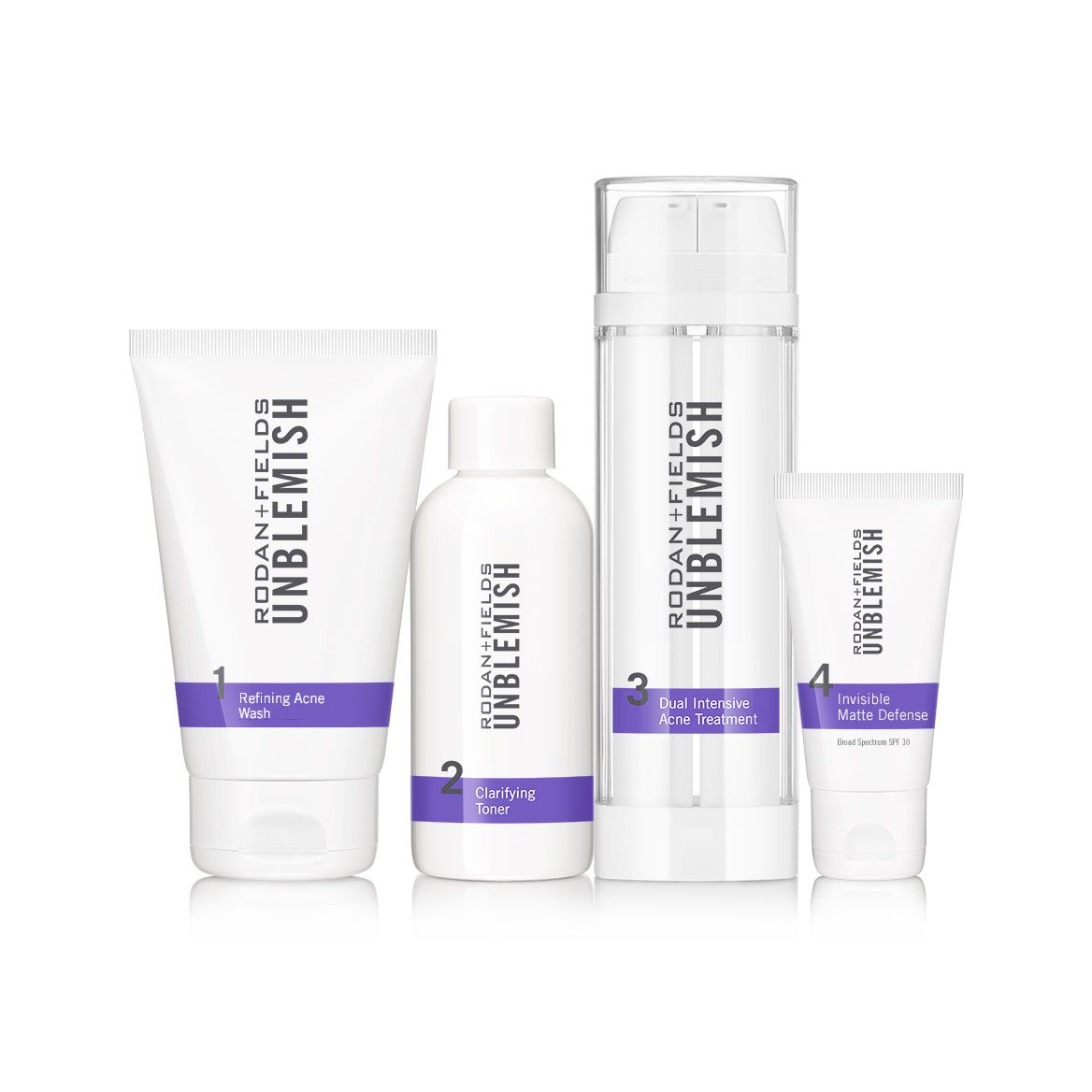 To find out more about this study, we spoke to Dr. Tim Falla, Chief Scientific Officer at Rodan + Fields.

Byrdie: How did the study come about?

Dr. Tim Falla: “Our founders, Dr. Katie Rodan and Dr. Kathy Fields, have often spoken about the connection they’ve seen between skin health and wellbeing in general. In fact, they’ve seen and heard firsthand about the impact of skin health on wellbeing from their patients in their own dermatology practices for years.

What Does Love, Stress, Sadness and More Do to Your Skin?

"Additionally, there is also a growing body of scientific evidence connecting an individual’s skin health with their mental health, including both emotional wellbeing and stress levels. The scientific study of the relationship between psychological and physiological phenomena is called psychophysiology, which, as you can imagine, is becoming an increasingly popular and relevant topic in today’s society.”

Byrdie: Why did the researchers decide to focus on acne-prone complexions?

TF: Acne is a particularly debilitating condition that is known to have a strong influence on self-confidence. We have heard from countless customers about how acne has deeply impacted their lives and the way they feel about themselves. By establishing a correlation between improving acne-prone skin and stress, we could provide an objective measure related to how someone feels once their acne has been treated and has improved.

Byrdie: Having completed the study, do you think other complexions would find a similar benefit in the same way from a regular three-step skincare routine?

TF: Yes, we do. Although we believe the effects may be more subtle and take longer to show, the connection between acne lesions and the impact it has on one’s self-confidence is well known and proven.

Byrdie: It says a three-step routine was recommended—why only three steps?

TF: Rodan + Fields developed the Multi-Med Therapy approach, the right ingredients in the right formulations used in the right order, to deliver results to our customers they can see and feel. Over many years of testing and assessing consumer input, we’ve found that having a three- or four-step routine is optimal in terms of treating and improving skin. For this study, we did not provide any additional guidelines beyond our standard recommendation we have with all of our regimens. Participants used the 3-step regimen.

Byrdie: Are the products scented in any way? Could this have had an effect on stress response?

TF: The products are lightly fragranced, which may have an instant impact on stress response. However, it is unlikely that the fragrance would have a clinical impact over time.