This Fall, It's Silver's Time To Shine

How chromecore took over—and how to get in on it. 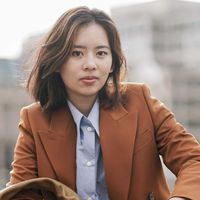 Sarah Y. Wu
Sarah Wu is a contributing writer for Byrdie. Previously, she was the beauty features editor at Teen Vogue. Her writing has appeared in Forbes, Refinery29, and more.
Byrdie's Editorial Guidelines

It began slowly: A reflective glimpse of silver on the runway, tucked away in a bracelet or belt. A trickle of mirror nail powders in a spectrum of cool-toned shades. Suddenly, chromecore materialized in full force. Maddie’s icy makeup looks were all over Euphoria, the Kardashians’ perpetually-dissected outfits shifted silver, and TikTok took notice. Then Beyoncé unveiled her Rennaisance album, adorned in sinuous metals, astride a starlit horse. If you were waiting for a sign, this is it: Chromecore has officially arrived (again).

If the disco era was the former heyday of chrome beauty, then its polar opposite would be the insatiable hunger for all things Naked that started in 2010 with the launch of the first Urban Decay Naked palette. Toasty earth tones flooded Sephora shelves—in large part due to the sellout success of the Naked franchise, but also because they fell in line with an ‘easier’ aesthetic. “Traditionally in beauty, we’re taught that warm tones look more flattering because warmer implies the sun and light, and that’s the picture of health,” says Nick Barose, celebrity makeup artist for Lancôme ambassador Lupita Nyong’o. “While the sentiment is true, it can get redundant when it comes to makeup looks.”

To counter that redundancy, it seems natural that cooler metallics would eventually make their return, but the timing never felt quite right until now. “They went out of style and started to feel outdated, but not outdated enough to be considered nostalgic,” says Davy. But with beauty looks leaning especially minimalist over the last two years, we’ve collectively reached the point where we’re reading to re-embrace those dazzling, night-luxe, party-girl looks. “It seems to be a ‘more is more’ time of maximalism,” says Michelle Clark, senior national artist for MAC Cosmetics. “Layer it, stack it, own it.”


You can look even further for the inspiration behind this reset—we’re talking outer-space, beyond-the-known-universe far. “In 2022, we’re seeing a lot of conversation around the advancement of space exploration and virtual reality,” says Colleen Foxworthy, director of product development and product testing at ORLY. Paired with our interest in lunar eclipses and all things astrological, it makes sense that color palettes would follow suit. “People are captivated by things like new images from the James Webb Space Telescope,” says Foxworthy. “We’re seeing that platinum, space age-y, technology-based aesthetic.”

Where You've Seen the Chromecore Trend

Whether you look through a telescope or at your FYP, it’s hard to miss chromecore’s current dominance in beauty and fashion. Chrome nails and silver makeup looks rule TikTok, while runways and red carpets are also increasingly decked out in the shade. Valentino, Givenchy, Dior, Fendi, and Diesel have all played with dazzling iterations of chrome tones. At Balenciaga’s fall 2022 couture show, Nicole Kidman made her runway debut in a rippling metallic gown.

“Silver embodies an attitude of wanting to be seen and to shine,” says Clark. That alone makes it the perfect choice for celebrities from Zendaya in her glittering Valentino skirt at this year’s Oscars, to Kylie Jenner’s recent date night look in Paco Rabanne chainmail, to Megan Fox and Machine Gun Kelly in their matching chrome engagement manicures.

Recent makeup sales back up the rise of chromecore. A spokesperson from MAC Cosmetics noted “an increase in growth on some of our must-have silvery hues, like Dazzleshadow in Discotheque ($23), Dazzleshadow Liquid in Diamond Crumbles ($25) and Dazzleglass Lip Gloss in Pleasure Principle ($21)” over the past year, although they declined to share exact numbers.

Brands like Davy’s Half Magic Beauty and Halsey’s about-face have channeled the trend so completely, it feels like kismet. That hunch that chrome would go big has paid off. “The high-chrome category is doing really well for us both for eyes, face, and overall body,” says Jeanne Chavez, chief innovation officer at about-face. “It’s great to see wearable glitter, especially silver tones and cool chromes, becoming such a big trend now. It’s something that Halsey has been pretty obsessed with for years.”


About-face offers all the metallics, chromes, and cool glitters you could possibly want in its Fractal Glitter collection, which features silky-smooth eye paints, light-reflecting lipsticks, and multi-use glitter gels. Chavez says that the Fractal Glitter Eye Paint in Above Santorini ($16)—a bright blue swirled with silver chrome sparkle—has been a “bestseller since launch” and has since sold out several times.

Nail polish sales are experiencing similar growth. “We’ve seen an uptick in cooler-toned shades in the past three months,” says Tal Pink, vice president of business development at ORLY. “Shades that cover the chrome, silver, and frosted look rose by 28%.” The brand has taken note of these figures. ORLY’s upcoming winter collection will live “in this realm of cool, futuristic, chromecore colors,” says Pink.

MAC Cosmetics also anticipates that the spotlight will stay on silver. “We’ve been tracking an increased interest in chrome shades used as highlighter on the cheekbones, inner corners of the eyes, above the lip, and on the nails,” says Cat Quinn, executive director, global trend at MAC Cosmetics. The brand has now dubbed this technique “chromelighting.”

How to Get the Chromecore Makeup Look

Although you might suspect otherwise, chromecore is a category of makeup that can look flattering on anyone and any skin tone. The trick is knowing how to deploy it (with restraint or utter abandon). “When you want to make a statement and have fun, it’s not about being natural or conventionally flattering,” says Barose. While there’s limitless freedom in choosing your shades and finishes, chromecore makeup does rely on targeted placement. Barose advises carefully selecting where to utilize silver to avoid the fine line between night-luxe statement and Tin-Man makeup.

For deeper skin tones, there will be a higher contrast, so it will be more obvious and intense,” she says. Play it up with a slick of silver eyeliner or a frosted overlay on your lips. That’s not to say you can’t experiment with other types of placement: Start with Clark’s general guidelines and expand it to see what works best for you.

For all chromecore novices, pay attention to textures. According to Barose, the frostier something is, the harder it will be to pull off. “High frost can be fun, but in small doses,” he says as a note for beginners. For a sprinkle of space-age sparkle, concentrate your chrome on just the center of your eyelids or “chromelight” the inner corners of your eyes and brow bones.

You can also seek out silvers with a softer finish. Chavez recommends the about-face Fractal Eye Paint in Refract, a shade that utilizes the brand’s signature “pearly infusions” to diffuse light and blend smoothly. Barose swears by Lancôme’s Hypnose 5-Color Eyeshadow Palette in Smokey Chic ($50), which is his “go-to on Lupita.” The silvery, pewter tones easily mix and match with dark grays for a smokey eye, and you can wet them to amp up the frost.

Dipped a toe in chromecore and want more? Options abound. “Silvers can be really bright and give robot if you want to go for something super bold and edgy,” says Davy, who rattles off a laundry list of ways to wear it. True to her work on Euphoria, she’s partial to chromecore “when there’s a sense of ease and a subtle touch of grunge.” That involves tight-lined eyes, lashes that don’t overpower, and colorful highlighter and blush as a contrast to high-shine chromes. “I think frosty lipstick with darker liner and wet, shiny-looking grungy eyes are going to be really big,” she says.

To get super metallic lids, Davy loves eyeshadows that feel wet to the touch and spread on at full opacity. Her next launch for Half Magic Beauty will feature shades “that give hardcore chromecore,” but in the meantime, you can shop the rest of her line to get the look. Try her best-selling Chromaddiction Shimmer Eye Paints ($24) in Spirit Guide (lilac duochrome) and A.S.M.R. (blue-flecked white gold), and diffuse the color toward your brow bone. “It should photograph really well, especially in lower lighting,” she says, which sounds like a solid reason to start wearing it out every night.

How to Get Chromecore Nails

Nails are where you can really play with a futuristic finish, thanks to acrylics, mirror powders, and extra embellishments. “I think the cool thing about chromecore is that there’s so many ways to wear the trend,” says Brittney Boyce, celebrity nail artist and founder of NAILS OF LA. “It’s not just about silver or platinum colors, but rather that super high reflective chrome finish.” Boyce, whose clients include Olivia Rodrigo, Travis Barker, Megan Fox, and Machine Gun Kelly, is also behind those viral chrome manicures on Fox and Kelly.

For a “true chrome” look, Boyce says you need a chrome powder layered atop gel. But it’s also easy to get a similar finish with regular polishes. Right now, her kit includes ORLY Crystal Healing ($11), an opalescent lilac topper, and Undn Cosmos Chrome Set, one black polish to layer with two chrome toppers. And you don’t even need to layer to go chrome; there are single-step polishes that let you try the trend easily.

“I'm obsessed with Sally Hansen Color Foil in Steel a Kiss, ($7)” says Hannah Lee, manicurist and content creator for Sally Hansen. “It's perfect since it gives an amazing chrome-effect finish without the extra steps of using gel.” Pink reports that currently Orly best sellers include the reflective silver Saute, teal shimmer Freudian Flip, and gunmetal chrome Love at Frost Sight, which all allow you to chromecore your nails with a single shade. “We’ve seen people on social media layering them with Shining Armor ($15), our extra-shiny topcoat, to give that reflective finish,” he says.

As is the case with chromecore makeup, chrome nails translate well across skin tones. Lee says that cool and neutral undertones might be able to wear bright silvers more easily, but those with warm undertones can also embrace the contrast, or try it with minimal nail designs “like a chrome French tip or negative-space nail.”

And don’t feel obliged to stop at 2D nail art; remember that chromecore shuns subtlety. “It’s all about creating textures,” says Foxworthy. “Think platinum orbs on nails or diamond plating.” Beyond playing with pearlescent toppers, you can also go platinum with sequins, studs, and crystals that boost the high-gloss finish of the look. And if you find yourself missing a time of neutrals, glowing golds, and jewel tones, just be patient and enjoy the resurrection of chromecore while it lasts. “When it comes to trends, the pendulum always swings mass extremes,” says Foxworthy.

Frosted Lips Are About to Be Everywhere