Everything You Need to Know About Using Semi-Permanent Hair Color

Semi-permanent hair color is vastly underrated. It delivers vivid color without (too much) commitment. In fact, the four- to six-week lasting period is roughly equivalent to that of most color trends, meaning you can switch from rose gold to blorange to champagne pink and back again. It’s a trend spotter’s/lazy girl’s dream to start back at square one with natural color, no wait required.

Most people, though, aren’t completely familiar with the concept of semi-permanent hair color, which is why some of us are hesitant to try it. And for good reason, as there are some important questions that need answering. To flesh out all things semi-permanent hair dye, we turned to the pros—Chris Appleton, celebrity stylist behind Kim Kardashian West's and Jennifer Lopez's iconic manes; Aleksey Bishop, celebrity colorist at Nine Zero One Salon; AJ Lordet, colorist at Fekkai Soho NYC; Ali Ozel, master stylist and colorist at Pierre Michel Salon; colorist Tiffanie Richards at Louise Oconnor Salon; and Michael Canalé, celebrity colorist and owner of Canalé Salon. Here’s everything you need to know about semi-permanent hair, including how long it lasts and the best at-home products.

What is Semi-Permanent Hair Color?

Semi-permanent color is a temporary solution to changing your hair color. Think of it as a way to try out new colors for a few weeks (generally about four to six) without the commitment of permanently dying your hair. "It is different from other dyes because most contain ammonia or peroxide and semi-permanent hair dye does not," Appleton explains. "Which means it doesn’t require any development or pre-mixing." The color pigments in semi-permanent color coat only the outer shaft of the hair, while permanent pigments open the cuticle and penetrate all the way into the hair's core to fundamentally change it.

Semi and demi colors are often confused as the same thing—totally understandable—but while they work in similar ways, they are not interchangeable. Like semi colors, "demi-permanent also does not contain ammonia but it is mixed with a low-volume developer to help open the cuticle and lasts up to 24 shampoos," says Appleton.

Because there is no ammonia in either, "it can't permanently change the color of the hair and it only deposits color," Bishop says. The biggest difference between the two is permanence, with demi colors lasting much longer. Bishop adds that demi-permanent colors are often used in salons alongside permanent dyes and semi-permanent dyes are most frequently used in DIY coloring kits. That's not to say salons don't ever use semi dyes—but more on that later. 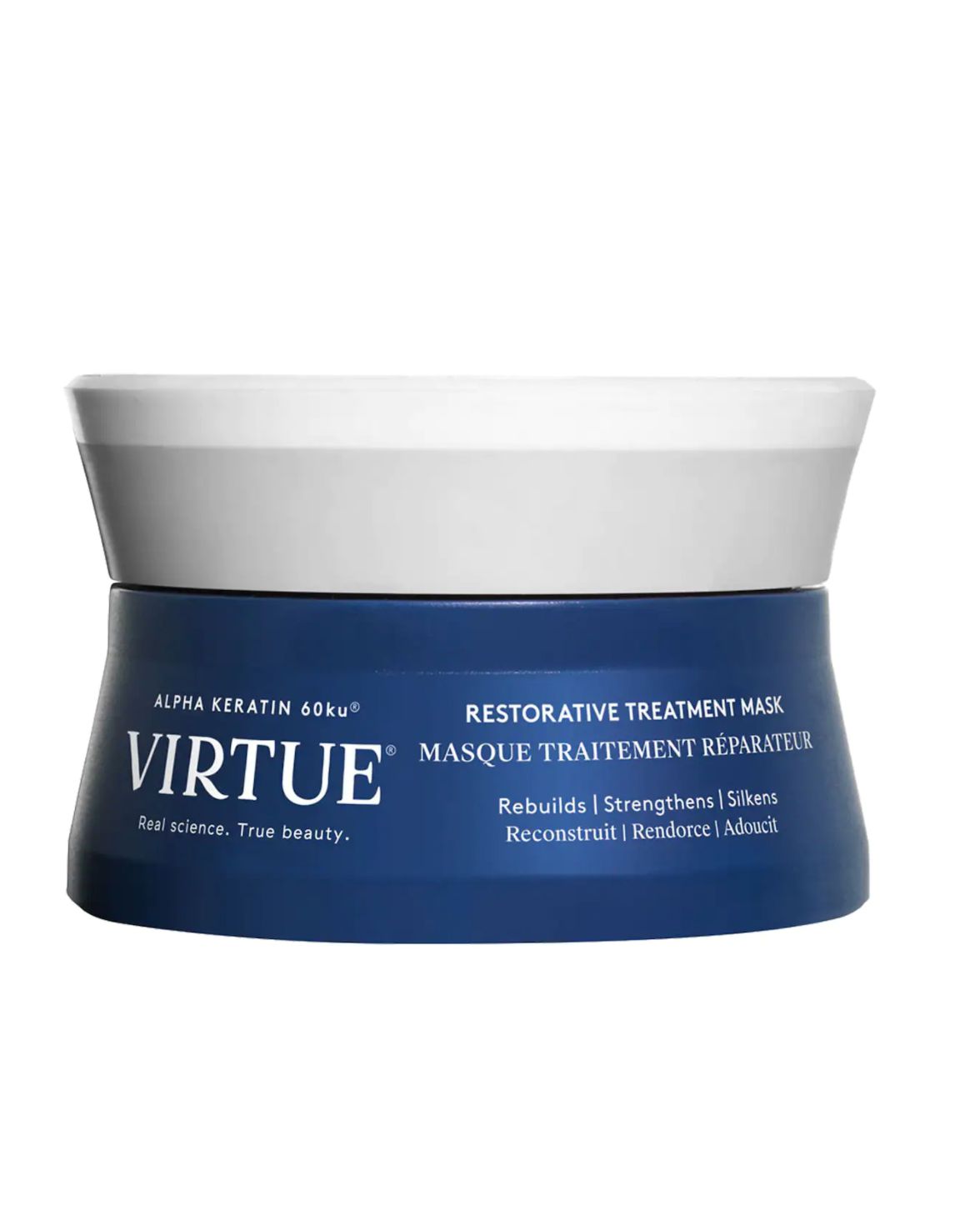 If you’ve stayed away from semi-permanent color in fear of a spotty, uneven fade-out, don’t worry. According to Lordet, “Many semi colors will start to fade away after 15 or so shampoos whereas permanent color won’t fade away, it just fades.” With proper care, the color should leave nice and evenly, diminishing indiscriminately to the naked eye. Take it from Richards, who says, “The awesome thing about semi-permanent color is it will never grow out with a line of demarcation.” In fact, she says that semi-permanent hair color is a favorite among her clientele.

Semi-permanent dye kits for home use may have a little more variation in longevity. Bishop says to prepare for the dye to possibly stick around longer than labeled on the box because everyone's hair isn't going to fade the same and it largely depends on how often you shampoo. "I would say typically the box is going to say whatever it says, but I would always double the amount of time on the back of the box of how many washes it says it'll take," He advises. "At the end of the day, even though semi and demi aren't permanent, for the most part, they don't fully wash out. If you're blonde and you did a dark brown semi-permanent, don't expect to be blonde again in 12 washes."

If your color does end up lasting longer than you hoped, Bishop says washing with Dawn dish soap could help strip the rest of the dye out. "But take into consideration your hair will feel quite dry after. So use your favorite deep conditioner or mask and sleeping in after," he says, suggesting the Virtue Restorative Treatment Mask ($30).

Is Semi-Permanent Hair Color Safe For All Hair Types?

Permanent dyes can be intimidating for anyone worried about damage, which is generally caused by the ammonia that is necessary to penetrate the cuticle. But because semi colors are made without these chemicals, they are typically a lot gentler on the hair and can even make the hair feel softer.

There's no bleach in semi-permanent colors either, making it safe for those with relaxed or permed hair (on the flip side, this means if you're not using your own bleach, it may not be the best dye for blonde hair colors, but it's a very easy process for dark hair dyes.)

Bishop also notes that many women are concerned about dye safety during pregnancy. "[Semi-permanent dye] is safe for all hair types, including pregnant women," he says, adding, "It's been proven that it will not affect anything."

How to Care For Semi-Permanent Hair Color 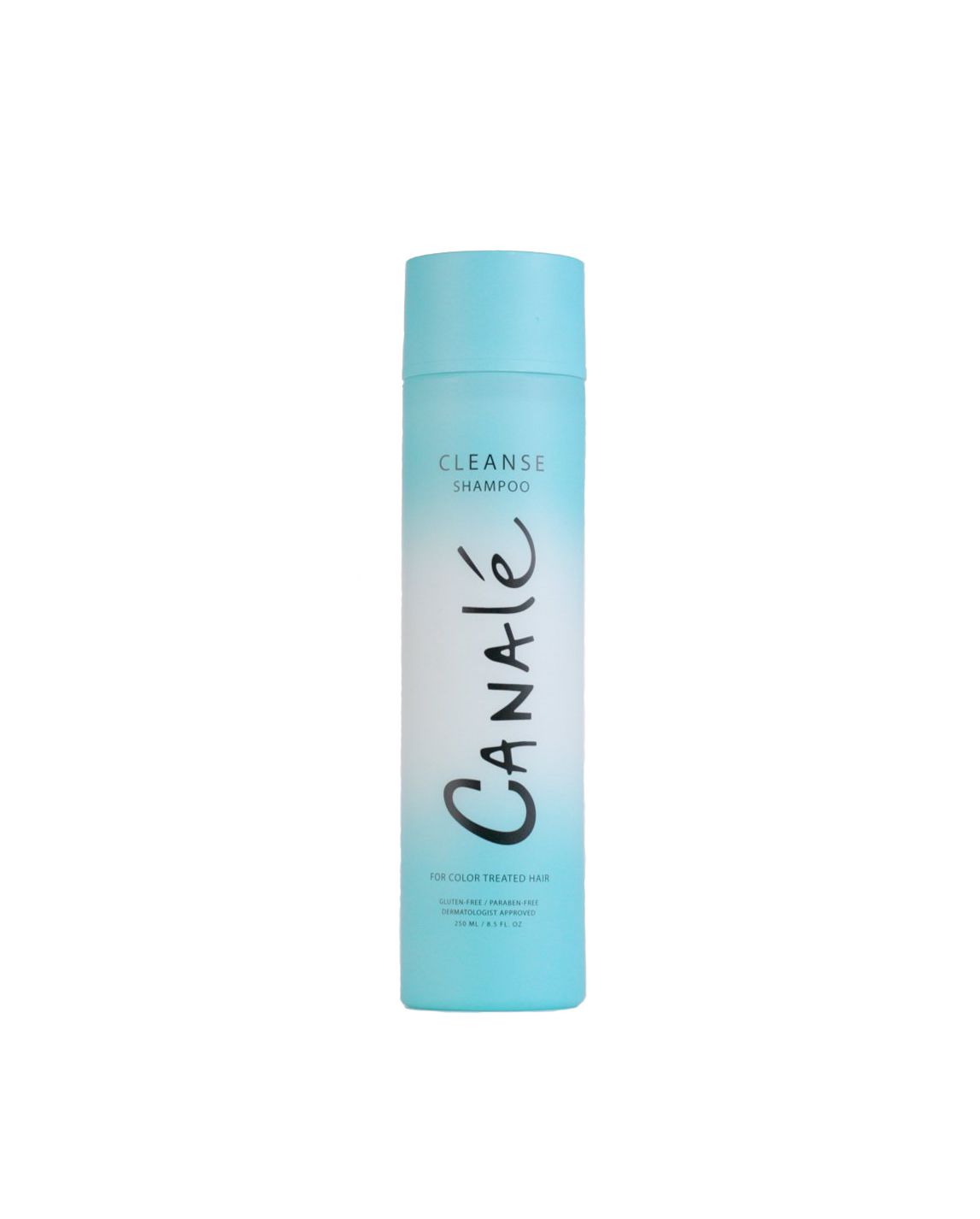 Ozel says the care of permanent and semi-permanent color is “just the same. Make sure you have a shampoo and conditioner that works for your hair and do deep treatments when needed.”

Canalé stresses the importance of color-safe formulas. “I suggest using a mild shampoo that cleanses well. Regular shampoos are harsh and dull and damaged color-treated hair, while mild shampoos don’t often clean adequately, making your hair appear lifeless.” There’s nothing worse than a shampoo that leaves behind product buildup. To ensure you get squeaky clean strands without color fade, reach for his namesake Canalé Cleanse Restoring Shampoo ($38).

It's Available in Different Strengths

According to Lordet, the strength and longevity of semi-permanent color rely on the peroxide in the formula: “The level of peroxide you use to mix the dye with can vary from product to product.” Stronger peroxide equals more coverage and brighter shades, though you may see a small root line grow in before the color fades away. Weaker peroxide will provide less coverage and brilliancy (especially in fashion tones, like reds, golds, and ashes).

This is why she chooses to work with L’Oréal Professional Dia Lite, which is a salon-exclusive formula that offers “three different levels of coverage by providing three different strengths of peroxide.”

Ozel is all for professional treatment. “Don’t try it on your own,” he says. “Seek a professional to pick the right semi-color for you! You want to make sure you get the results you’re after.” After all, four to six weeks can seem like an incredibly long time if you’re not confident in the way your hair looks.

When to Use Semi-Permanent Hair Color

Richards suggests semi-permanent colors for covering grays, “For clients who have 50 percent gray or less and want to just minimize or erase the gray while still having their natural color, this is the way to go.” That’s because it fades and covers gray without showing a harsh root line. “It is the lowest of maintenance for gray coverage,” she says.

Another instance where semi-permanent color proves top choice is for testing out new colors. That way you can live with it for a while before fully committing with a permanent dye and even try out a few options first. Top stylists also recommend semi dyes for refreshing fading or dulling colors. "If you want an enhanced color or temporary color, semi-permanent dye is for you and leaves your hair less damaged," says Appleton. Because the pigments coat the strands, they tend to be more vibrant and add a lot of shine. 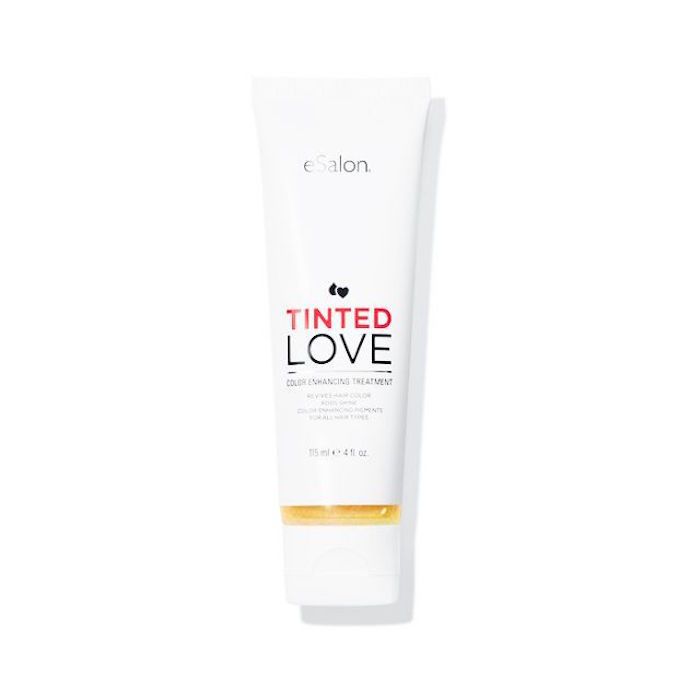 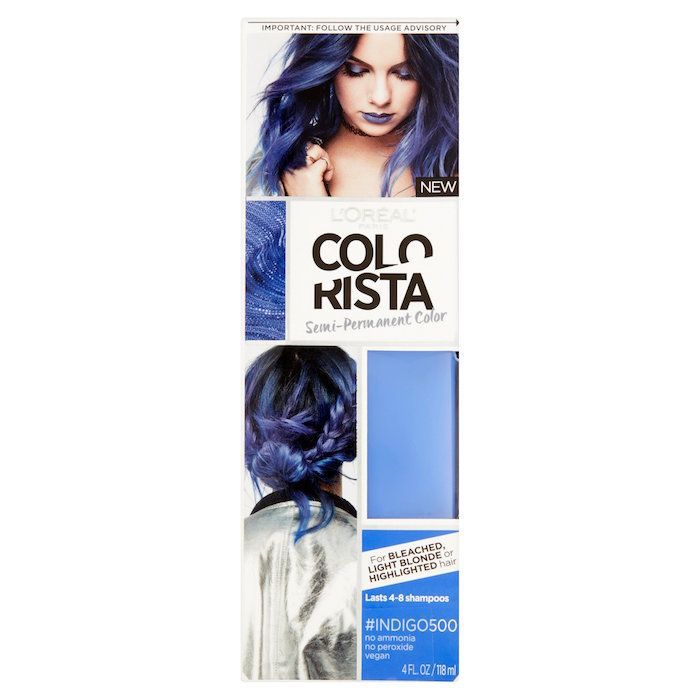 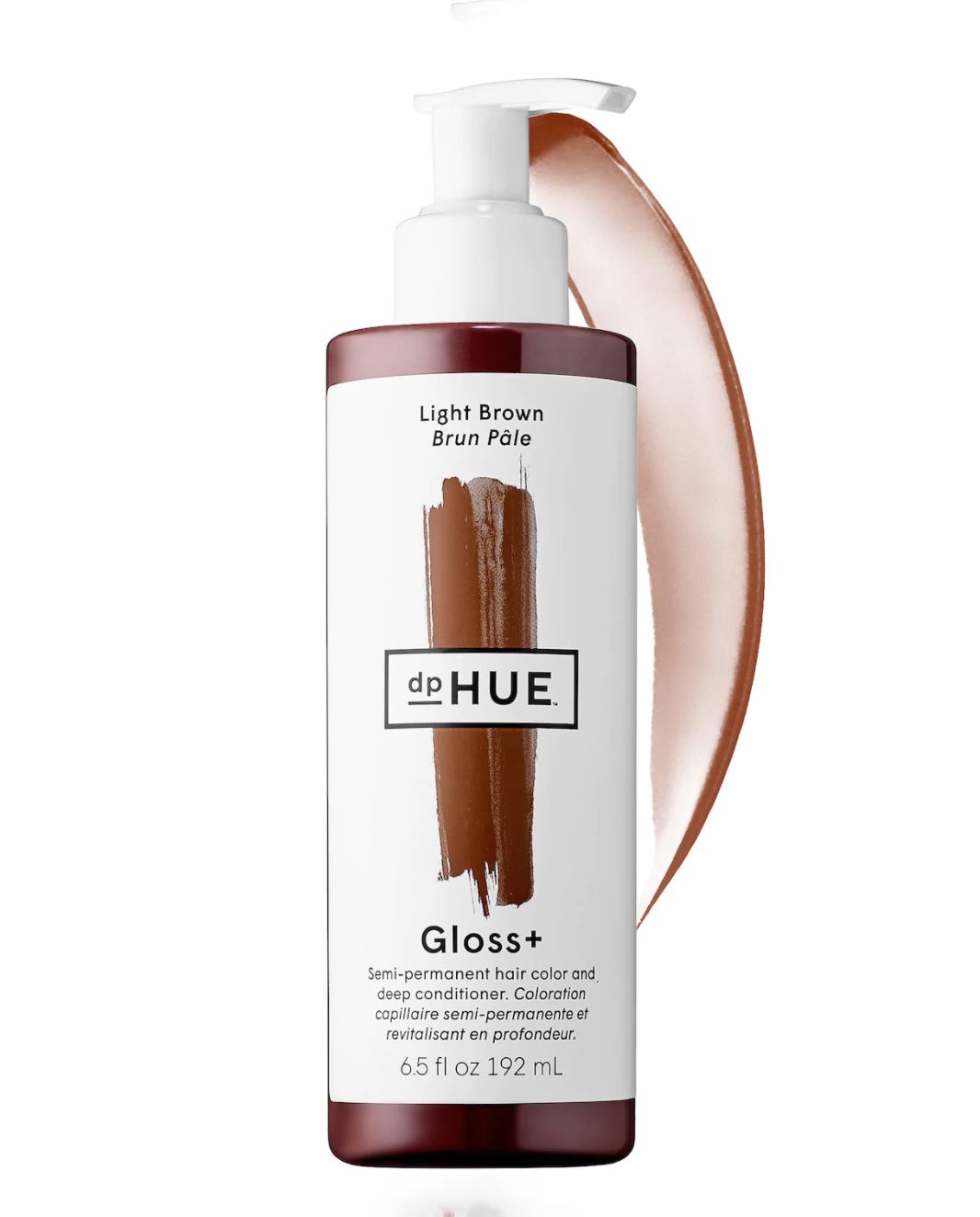 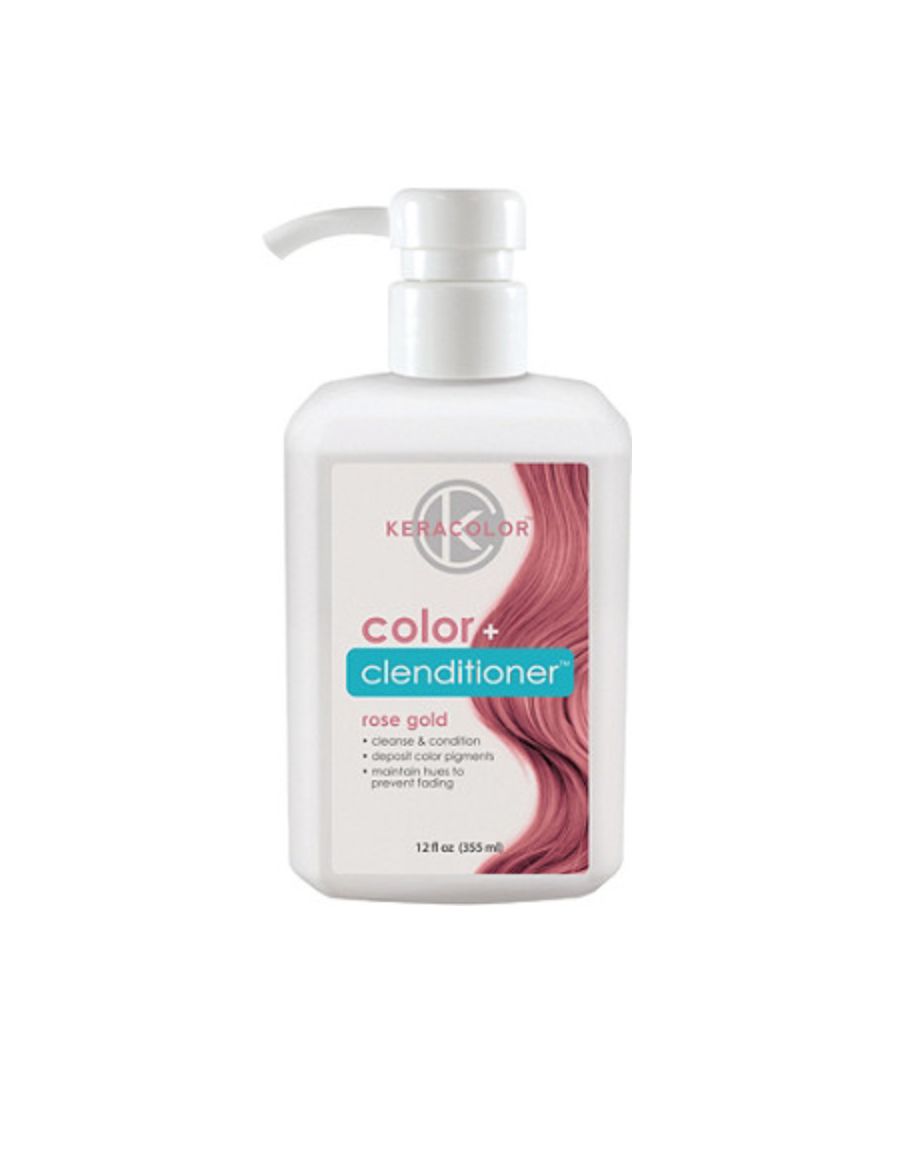