As fun as Instagram can be, at one point or another, it makes everybody feel crappy about their life. Whenever we scroll through someone's fancy vacation shots or trendy outfit posts, we can't help but compare the outside of their experiences to the inside of ours. And inside, everyone is a mess. Everyone.

Take it from the number one most-followed human being on Instagram, Selena Gomez. In Vogue's new April issue, the 24-year-old gets admirably real about her struggle with anxiety and depression, which caused her to cancel the second half of her Revival world tour last summer. At the time, Selena said her "self-esteem was shot" and she "started to have panic attacks right before getting onstage."

To get better, Gomez entered a mental health facility in Tennesse, where she had to give up her cell phone as a part of the program. "You have no idea how incredible it felt to just be with six girls, real people who couldn't give two shits about who I was, who were fighting for their lives," she told Vogue. "It was one of the hardest things I've done, but it was the best thing I've done."

For 90 days, Gomez participated in therapy and surrendered social media access. Even after completing treatment, she's dialed her Instagram activity way down. (According to Vogue, the app isn't even installed on her phone anymore and an assistant has her password.) According to Dr. Sanam Hafeez, a NYC-based neuropsychologist, CBT is a good tool in investing in yourself, discipline, and self-monitoring, which pays dividends in other areas of your life too, (like productivity at work, being present in conversations, and committing to being in the moment with important people like spouses and children).

Dr. Sanam Hafeez is an NYC-based neuropsychologist and faculty member at Columbia University. She is the founder and clinical director of Comprehensive Consultation Psychological Services and a member of Byrdie's Beauty & Wellness Review Board.

"The brain," Hafeez explains, "depending on what you're watching, or reading, goes into autopilot mode." Because of this, transitioning from one activity to another is usually a challenge when engrossed—but when reward centers and dopamine triggers are activated, it becomes harder to disengage. "It felt like I was seeing things I didn't want to see, like it was putting things in my head that I didn't want to care about," Gomez said of the experience. "I always end up feeling like shit when I look at Instagram. Which is why I'm kind of under the radar, ghosting it a bit."

Studies have linked "marked activation of the visual cortex to images that please and carry greater weight (as in likes)," explains Hafeez. Being inherently social creatures, Instagram works the way Weight Watchers and Alcoholics Anonymous works, by tying in your progress to social acceptance. Except in this case, it is causing greater isolation, loneliness, and depression. "It is the constant barrage of photos and likes that keeps your brain hooked usually on things that make almost no difference to your world, except for the occasional chuckle, and 'awww,' Hafeez says.

According to Hafeez, there are no particular science for how much time is recommended, but an average of 135 minutes a day (the average amount of time most people spend on Instagram), is already too much. "Those who have limits on screen time and social media exposure report decreased depression and loneliness than those who do not," she says. But there are ways to self-treat without swearing off social media. So if Instagram makes you feel anxious and inadequate, listen to its single most followed person: You can give it up, and your mental health will be better for it.

Instead, try an app that will make you feel actively good about yourself, like our favorite mindfulness and meditation app of the moment: Stop Breathe & Think. 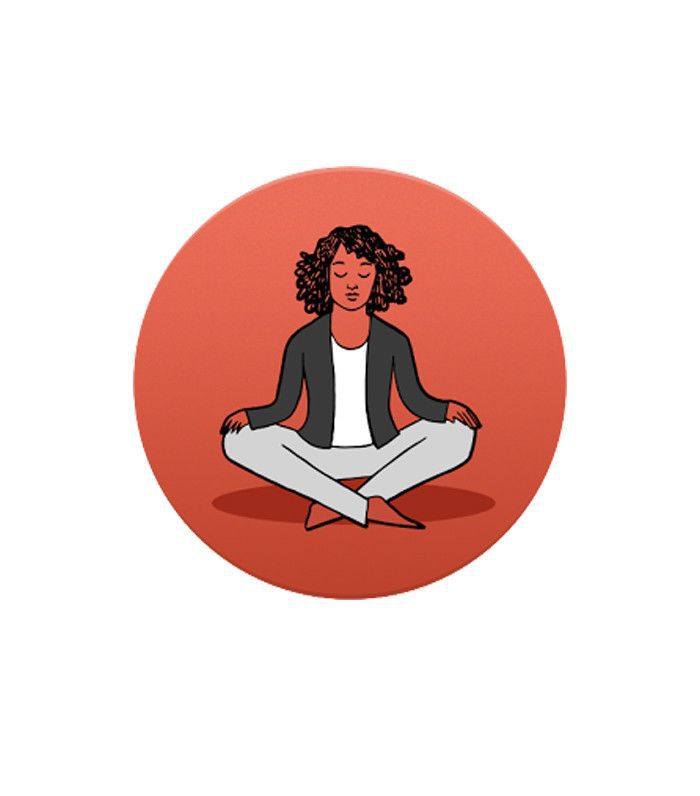