More and more people are discarding outdated notions of beauty in favor of more progressive perspectives. Yet, it's still impossible to ignore the sexist, racist, ageist, and sizeist rhetoric that's still out there. For many, beauty still has a very specific (read: exclusive) definition, and that's at least partly due to the representation (or lack thereof) of women in popular culture. That's exactly what we discussed with Sarah Hyland when we sat down to chat about her newest partnership (among other things).

As an actress who grew up in the public eye, Modern Family star Sarah Hyland knows how easy it can be to fall victim to outmoded standards. "When I was younger, my idea of beauty was to have straight hair, no glasses, and basically anything that wasn’t considered unattractive in ‘90s rom-coms. You know when they have those makeovers in the movies? 'Oh, straighten the girl's hair. Oh, take off the glasses,'" she reminisces. "It’s hard to rewire your brain to think of beauty differently, especially as you get older because there’s so much pressure to look young, to be a certain size, or to not be a certain size."

Rewiring is just what she has set out to do. Hyland recently partnered with Olay to release a limited-edition book, in which Hyland—along with five other body-positive influencers—is featured. Intrigued? Here's what she has to say about body positivity, self-care, and more. 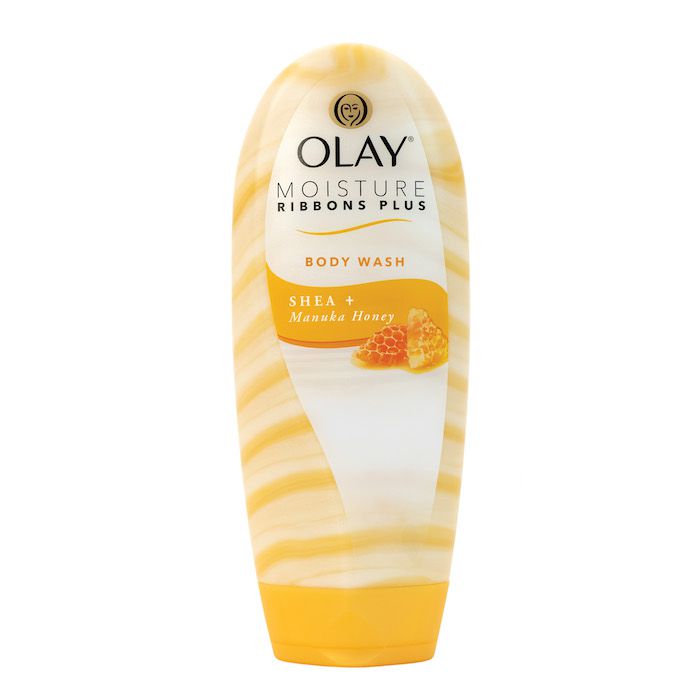 The campaign is called SkinTransformed, and it's centered around Olay's Ribbons Body Wash, which is one part body wash and one part moisturizer. The "ribbons" of body wash and moisturizer combine to form a single hydrating and cleansing product. In other words, it's 2-in-1. "It makes my skin feel so soft, so hydrated, and clean. It just kind of makes you want to touch your body all over the place...but not in a sexual way at all," she laughs. "You know when you get out of the shower or the bath and you just shaved and you can’t stop feeling your legs? That’s how it is with this body wash. You’re just like ‘I feel good. My skin feels like silk right now.’"

As a part of the campaign, Hyland contributed to the brand's limited-edition bath book that combines photos with personal essays (from Hyland and five other body-positive advocates). The book, which is similar to a traditional coffee table book, is completely waterproof, as it's meant to be stored in your bathroom. This only makes sense, considering the bathroom is where we spend the most time looking at ourselves in the mirror.

"I think all women think of beauty differently, at least compared to men, because I feel like women are very hard on themselves," Hyland says. It's no help that many of us grew up beneath unrealistic images of the 'ideal' woman. Remember those aforementioned '90s rom-com makeovers? They unconsciously taught people that straight hair, "feminine" makeup, a slender frame, and fair skin were the only pathways to beauty, which is obviously untrue.

"Once I found out what a straight iron was I murdered my hair," Hyland admits. "I think it was like eight or ninth grade was when I figured out what that was and it was just like ‘goodbye hair, forever.’ All those split ends from heat damage…You’re thirteen years old, you have no idea what heat protectant even is; you just scald your hair 1000 times with a straight iron."

I think that’s what it used to be for me, but now that I’m in my late ‘20s I realize that beauty is really about embracing yourself. Every single person on earth has flaws. To be able to highlight them in a way that makes you feel comfortable—and gain the confidence to accept those flaws—I think that is what true beauty is. If you love yourself, that’s going to show."

It's only apt, then, that Hyland names Katharine Hepburn and Zoë Kravitz as her style icons; both women are known for radiating a certain self-possession. She calls the former a "boss," and a "fierce, staunch woman." As for the latter, "Zoë Kravitz has just got it all going on for me," she says.

Self-confidence and self-care are intrinsically linked. For Hyland, self-care means focusing on skincare and fitness (but mostly skincare, since some of her busiest days don't allow time for fitness). "I truly believe that even if you don’t have time to work out, being able to take time at least once a day, if not twice a day, to be able to take care of your skin and quiet that noise and to really focus on yourself and your body is really all you need," she says. "I’m such a promoter of hydration, whether it’s drinking water and hydrating your body through that sense or moisturizing; it’s one of the biggest beauty tips I could ever give; that’s why I was so excited to do this Olay campaign…" As such, she counts on Joanna Vargas sheet masks, like this one, which hydrates, firms, and smooths, all at once. "I’m a really big fan of throwing face masks in the fridge and then waking up and putting them on my face. It’ll wake you up real fast." 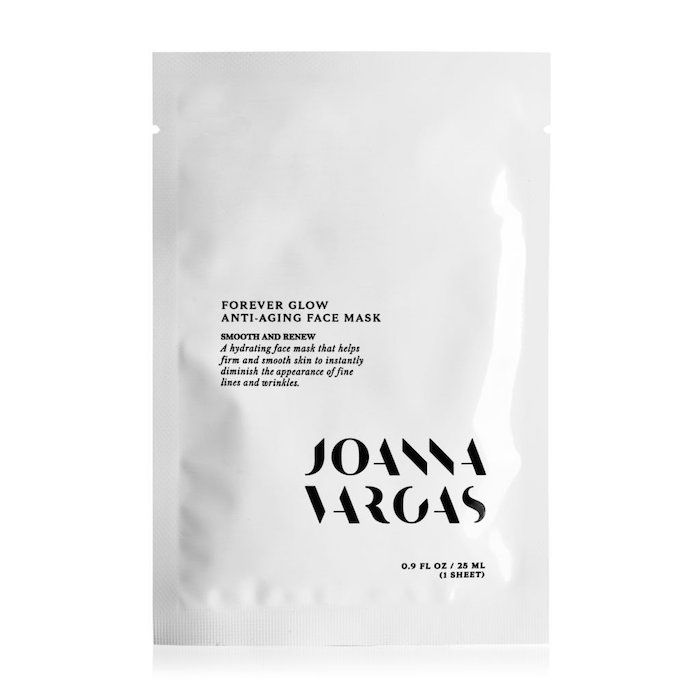 Skincare and fitness may be her ideal modes of self-care, but Hyland is also vocal about eating to feel good, too. "I am a person who doesn’t have any self-control or self-will when it comes to food," she laughs. "I’ve tried to go on a low-carb diet and I literally cannot do it. I think the keyword when it comes to diet is really "balance." I eat foods that makes me feel healthy, like salmon, but I also eat foods that make me feel happy, like tacos. I don’t think anyone should ever deprive themselves of something that they want, and I think it’s also really important to listen to your body."

"There have been many times when I’ve been sick and then all of a sudden I’m like ‘I need a bean burrito now.’ Even if I haven’t had something like that in six months, and all of a sudden I’m craving that, I’m going to think ‘oh, my iron levels are probably a little bit low, and my body is craving this because it needs it.’ So I think it’s important to listen to your body and not starve it from something that it’s really craving." That's a credo we can get behind.