Amanda Montell
Amanda Montell has worked as a beauty editor in Los Angeles for over three years covering hair, skin, and more. She previously served as the features editor for Byrdie and currently freelances for Time Magazine, Cosmopolitan, and more.
Byrdie's Editorial Guidelines
Fact checked by
Michelle Regalado

Right up there with Prince and Patti Smith, Ruby Rose has established herself as one of history's most admired androgynous icons. The tattoo-clad performer and model first flashed on our radar back in 2014 with Break Free, a stirringly beautiful short film she created to challenge the gender spectrum. (If you haven't seen it, do your consciousness a favor and watch.) Then, as we know, Rose's one-season turn on Orange Is the New Black as the lawbreaking Stella Carlin had women, men, and everyone in between developing simultaneous crushes—if for no other reason than her badass (and universally alluring) aesthetic.

What makes Rose's look so unique is that she plays with gender presentation every time we see her, unafraid to flout expectations from mainstream society or anyone. When I met Rose at the Omni Hotel in Los Angeles to interview her for Urban Decay's Jean-Michel Basquiat collection (Rose has been one of the brand's spokespeople since 2016), I was expecting to see her in something like a tuxedo and minimal makeup. Instead, I was met with a sheer black ensemble, slicked-back hair, and a neon smoky eye. At every turn, Rose proves that a person can have a crew cut and an affinity for makeup without being a contradiction.

Importantly, this has given those of us who don't feel comfortable sticking to a traditionally feminine (or masculine) aesthetic all the time someone to look up to. So when I was given the chance to sit down with Rose, I only really had one question for her: How can the rest of us be more like you? In other words, if someone is curious about exploring a less femme aesthetic for the first time, how can they proceed? Fortunately, Rose was game to reveal her starter kit for androgynous beauty.

Since childhood, Rose has always been curious about androgynous beauty. "I had icons when I was growing up—Bowie, Prince, Madonna, Annie Lennox," she says. "A wide array of people who were doing different things with gender, and Madonna who just did everything, and Bowie who dressed and did makeup like a woman and an alien—the coolest guy ever."

These are the beauty icons who continue to influence Rose's look today ("My beauty inspiration hasn't really changed since I was like 10," she tells me with a laugh), and she encourages people interested in exploring a more androgynous aesthetic to take inspiration from icons of their own—whether that's Bowie, Prince, or Rihanna (whose look Rose also loves).

Play Up Your Masculine Features 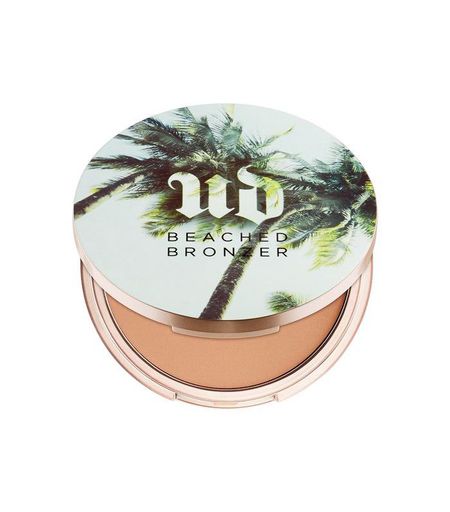 On days when Rose is feeling a more masculine vibe, her makeup technique changes. We're usually told to highlight our more feminine features, like high cheekbones and a slender neck. "But if you're going more androgynous, you want to get the chiseled jawline, like Annie Lennox," Rose says. To achieve that angled look, sweep a matte bronzer along either side of your jawline.

You can totally still wear face makeup while experimenting with androgyny—you just have to be strategic about it. "It's about using a bronzer or a subtle highlighter to just keep the face really minimal," Rose says. "So maybe not a full face of foundation and bright makeup, but using powders to create a natural matte tone." According to Rose, "keeping with more neutral colors" on the lips and eyes is also key. (She's a fan of the neutral shades in UD's Gold Griot Eyeshadow Palette). 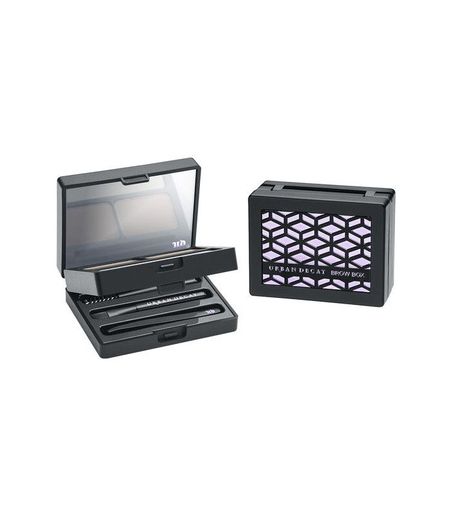 "It's always about the brow," Rose tells me. But not a groomed, polished brow. For a bushier, more boyish look, brush your brows upward, and fill them in along their natural shape, focusing most of the pigment on the tail. For formula, we recommend using a powder, like the one in UD's Brow Box, or a tinted brow pomade, like Glossier's Boy Brow.

Experiment On the Weekends 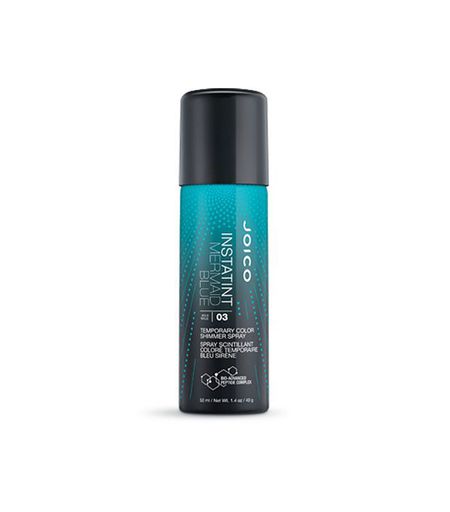 If you're trying out any look for the first time, Rose recommends giving it a test run on your off hours, especially if your workplace isn't super open to creative makeup and hair. "If you're a school teacher or if you're in business—anything that isn't creative—I imagine that the makeup is fairly limiting, which is why on the weekend, you get to go out and be like, 'Yes! This is what I'm about!'" she says.

Try slicking your hair back one Saturday night or applying some washout-blue hair color or trying on a bushy brow. This will help you find a look you love and practice executing it.

Consider Chopping Your Hair Off

Of course, you don't need to cut your hair to look more androgynous, but as someone who recently chopped off her hair in pursuit of freedom, I recommend giving it a try. "The first time I shaved my head, I was 16," Rose tells me. "I had long hair, and I didn't feel like it really embodied who I was. It felt kind of unnatural, and I just wanted short hair. … I shaved it myself and ended up with all of these bald patches and whatever, but it was a really freeing experience. I think everyone should do it once—I mean, hair grows back."

Don't Take Yourself Too Seriously

At the end of the day, don't forget that experimenting with your look is just that: an experiment. It doesn't always turn out perfect at first, but that's part of the fun. Take it from Rose, who's made every beauty blunder from dyeing random streaks of hair red to cutting slits in her eyebrows with a razor to look like a member of a British boy band.

The most important thing to know is that as you figure out what look speaks to you, don't judge yourself too harshly. "Somehow my eyebrows did grow back," Rose tells me. And so will yours.

Next up: This speech offers a mind-blowing theory about why women really wear makeup.