We're Calling It: Rose Quartz Is the Hair Color of the Season

Just when we thought we were completely over the whole Millennial Pink trend, something rather magical happened backstage at the Alexander Wang S/S 18 show that has us reconsidering it. No, it wasn’t a trendy pink manicure or a wash of pastel pink eye shadow, but rather model Stella Lucia’s rather incredible new hair color—rose quartz—hues of pink and amethyst that have been layered with a "secret" color to make it look even cooler. Keep scrolling to find out how British hair colorist, Josh Wood, created this über-cool look.

Where Barbie meets punk rock, amethyst hair is a little bit mermaid and a little bit Kate Moss circa ’99. It’s the sort of off tone you’d expect a pink T-shirt to turn after an unfortunate spin in the washing machine with a black sock. And it’s that gray filter that makes the shade far grungier (read: cooler) than the pastel pinks of seasons before.

But this was no over-the-sink experimental packet job. No, Lucia’s punky new look was the handiwork of one of London’s favorite colorists, Josh Wood. “We’ve seen pastels and brights for quite a long time,” he explained backstage. “But this multi-faceted amethyst tone is not only really standout, but ultimately wearable.”

So how did he do it? First, Wood applied gray and titanium tones as an undercoat before layering with Redken’s Pastel Pink and City Beats Midtown Magenta. The result? A kind of tie-dye pinky-purple effect that looks just as pro as the most precise balayage.

What's more, the beauty of the "washed" color effect means that even when your roots start to show, they'll simply add to the watercolor aesthetic. But to maintain the vibrancy of the pink tone for as long as possible, swap to a color protective shampoo such as Redken's Color Extend Magnetics Shampoo ($20). 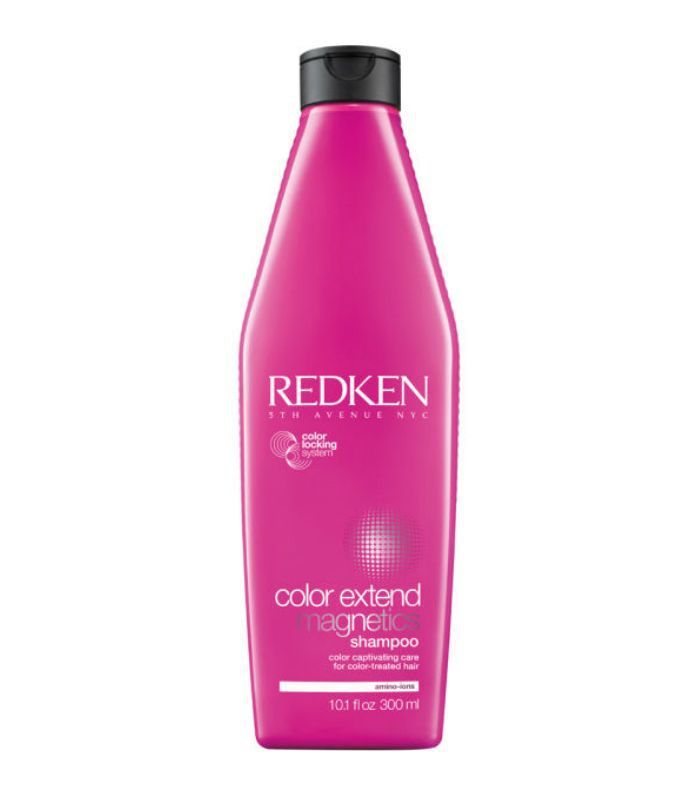 It may all be part of Josh's vision of next summer's biggest hair trends, but this might be exactly what we need to brighten up these gray skies right now. We're feeling a trip to the salon coming on.

Not sure pink hair is for you? Check out the seven hair color trends you'll be seeing everywhere this autumn.