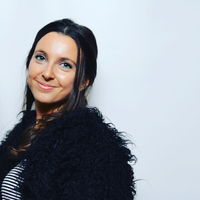 Can You Use Rogaine for Eyebrows? What the Pros Say Side Effects
But... Does it Work? What are Some Better Brow Growth Solutions?

Our quest for the perfect eyebrows occasionally makes us turn to unconventional tactics. We tint and tattoo them. We over-pluck them (and consequently fill them in), then we make ourselves crazy trying to grow them back all over again. Rinse and repeat, as they say.

The brow regrowth journey is a twisted tale, and suffice to say we're willing to try just about everything to get them looking full and lush. Though one modality has us proceeding with trepidation—and that’s Rogaine. (Yes, the popular hair regrowth treatment reserved for the hair that grows on your scalp.) Does it actually work? Are there side effects? Here, we speak to a dermatologist, a trichologist, and a certified brow expert to get all the answers before you try it out. (Seriously—read the whole article before you even think to attempt it.)

Rogaine (or its generic name, minoxidil) is a topical hair growth treatment. While it is unknown how exactly the treatment works, it seems to help dilates blood vessels in the scalp, which then improves hair follicle function and stimulates hair growth.

Can You Use Rogaine for Eyebrows?

As you probably know, Rogaine is traditionally used as a scalp treatment, known for its ability to effectively regrow hair on your head. It generates hair regrowth while also preventing future hair loss—a seemingly win-win situation. It is available in two different concentrations: two percent and five percent. Dermatologists will usually advise you to begin with two percent, but you can eventually increase the strength if you’re not getting your desired results after a certain amount of time.

Now, if you were to hypothetically use it on your brows, there are a few things you should know.

To start using it, you’d have to be ready for a lot of commitment: You’d hypothetically need to use it every day for it to work effectively, using a Q-tip or cosmetic stick to apply it.

But be warned: Discontinuing the use of the product or simply using it intermittently can seriously disrupt the process and actually lead to hair loss with no regrowth in its place. And if that doesn’t deter you from trying it out, some of the nasty side effects might.

What the Pros Say

First of all, you really shouldn’t put anything near your eye area that isn’t meant for it. "The active ingredient in Rogaine is minoxidil, and the first concern I have is putting anything that's a chemical around the eye area that's not indicated for the eye area," says Joey Healy, brow stylist and owner of Joey Healy Eyebrow Studio in Manhattan. "Nowhere does Rogaine claim this is effective or should be used for eyebrows."

When it comes down to it, most experts wouldn’t advise putting Rogaine anywhere but the scalp. "Rogaine is a topical solution for the scalp only," says Penny James, trichologist and owner of Penny James Salon. "The skin’s just too thin around the eyebrow bone, and Rogaine has not been cleared by the FDA to be used anywhere else but the scalp."

Healy agrees. "I’ve talked to many dermatologists about this, and trust me that brow hair and head hair are very different entities and have very different cycles of growth, which has a lot to do with why I wouldn’t recommend Rogaine for your brows," he says. "Your brows and your eyelashes are more similar, and your brows and the hair on your head are less similar."

Yes, we’re all about getting great brows at just about any cost, but there is a limit as to how far we’ll go for them, especially when a treatment comes along with some unsavory symptoms.

There's one study published in 2014 that concluded there were "minimal side effects" after using Rogaine as a brow growth treatment,﻿﻿ but according to every expert interviewed, if you put Rogaine on your brows, you’re putting yourself at risk for edema (aka swelling and inflammation), erythema (red patches), and pruritus (or chronic itchy skin). Yikes. "When you apply Rogaine to anywhere but your scalp, you risk irritation and possibly getting the formula in your eye, which would be terrible,” says Healy. “[You might see] rash, dermatitis, and unwanted excess hair in the form of peach fuzz around the brow and general dryness of the skin.”

To that last point, minoxidil is known for its drying components, and some people who use it on their scalp experience dandruff. Those drying qualities would likely only be exacerbated by thinner eyebrow hair and the more delicate, sensitive skin surrounding it.

Here’s the thing: You might actually see some results if you do try it out, according to dermatologist Hadley King, MD—although she agrees you risk side effects like burning, dryness, itchiness, redness, scaling, and unwanted hair growth. (Once again: Yikes, and we certainly do not advise it.)

A 2012 study investigated the efficacy of minoxidil versus bimatoprost (Latisse) for eyebrows. After 16 weeks, both formulas were found to be equally effective for hair regeneration. “A subsequent study compared Rogaine with a placebo, and found that participants who used Rogaine saw better results overall,” according to King.

So, researchers have in fact concluded that Rogaine can be an effective treatment for eyebrows. That said, it’s probably not worth the risk when tons of safer and equally effective solutions exist.

What are Some Better Brow Growth Solutions?

Instead of Rogaine, you can try castor oil, some safe, DIY treatments, Latisse, similar serums (especially those with peptides), or microblading, which James suggests as well.

The bottom line is—you’re better off keeping your brows as is than trying Rogaine, something that might harm your skin. Even if you're willing to get good brows at all costs.

The experts agree. “Rogaine has never and will never tell you to use it on your eyebrows,” says Healy, “You really need a serum with peptides."

So there you have it: Do not, we repeat, do not use Rogaine on your eyebrows. Instead, find our favorite brow treatments and serums (that won’t result in red patches or brow dandruff) here.

How to Reverse the Fate of Tapered Brows
Article Sources
Byrdie takes every opportunity to use high-quality sources, including peer-reviewed studies, to support the facts within our articles. Read our editorial guidelines to learn more about how we keep our content accurate, reliable and trustworthy.